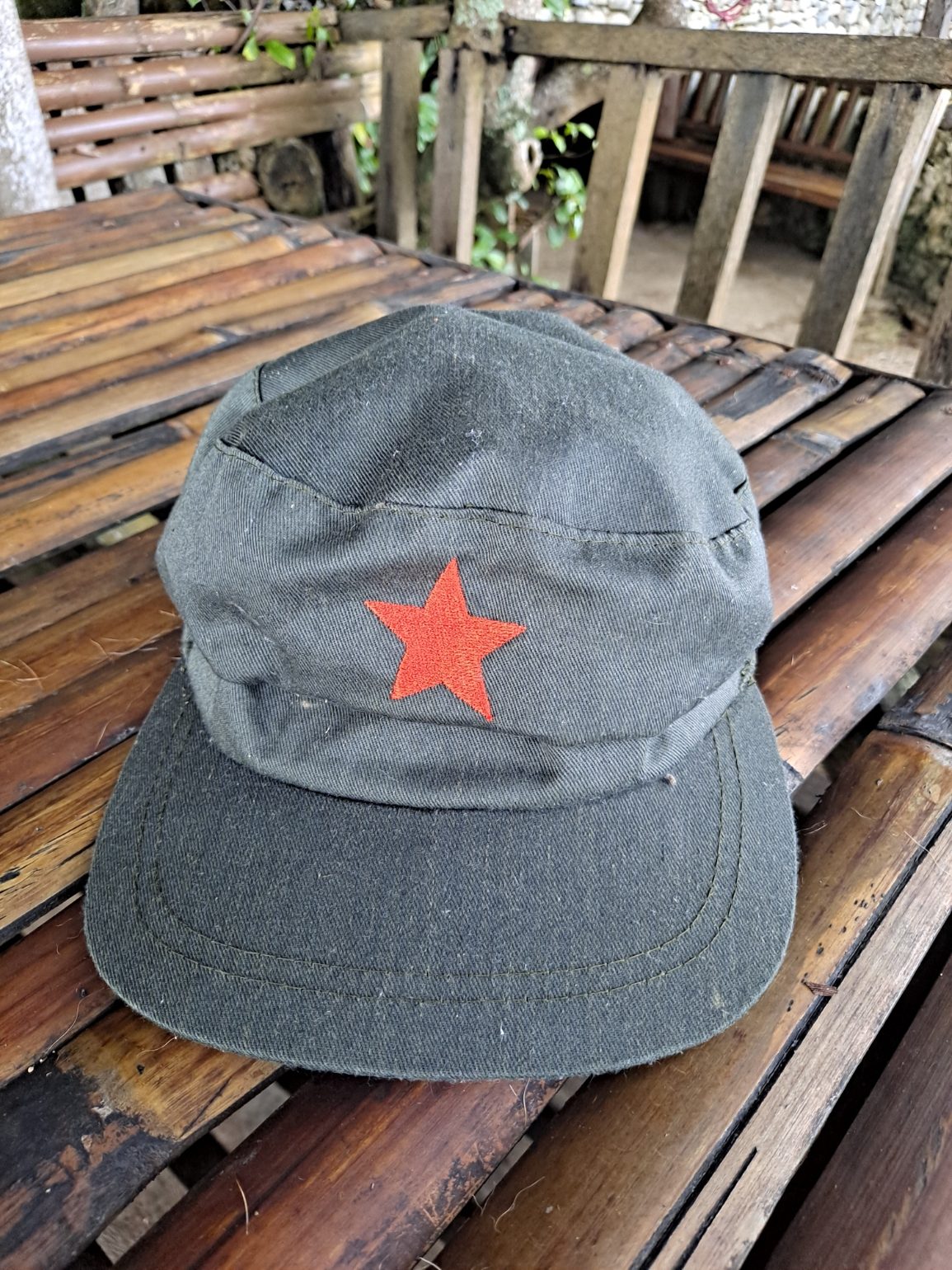 This is the story of a man and his hat.

The hat is a military green cap adorned at its front by a bright red star. The man is George Madlos; commander, activist, and spokesman for the National Operations Command of the New People’s Army. Until recently, he was also the most wanted communist insurgent in the whole of the Philippines.

For many decades, the two were inseparable as the hat rode proudly on its owner’s head fomenting revolution in the jungles of Mindanao. Now they are forever parted; Madlos consumed by the cremationist’s flames while the hat rests patiently on the mantel of my good friend, Fernando A. Almeda Jr.

In fact, the parting occurred amicably several years ago, the last time Almeda saw the legendary rebel who had long been his compadre. “I urged him to give himself up,” the noted historian recently told me, proffering the hat for my examination. “I argued that communism would never triumph here like it did in Cuba; that he would never be another Che Guevara.”

“It’s too late to change,” the historian recalled the radical telling him. “He said he would die fighting for his cause.”

Then the famous revolutionary handed Fernando his cap, just as Fernando would one day hand it to me. “Keep this as a memento,” Madlos instructed. “Please display it in your museum when I am dead.”

That day has now come. The soft-spoken rebel died of gunshot wounds Oct 30th after—depending on who you believe—engaging in a skirmish with the military in Bukidnon or getting ambushed by government soldiers while riding a motorcycle to his doctor’s office.

There’s a joke on Siargao Island, where both Madlos and my wife were born, that people from there should never marry each other because they’re probably related. As news of the legendary guerilla’s death spread like wildfire throughout his home province of Surigao del Norte last week, I couldn’t help but believe that to be true: the outlaw revolutionary was the uncle of one of our best friends on the island and distantly related to my wife’s own cousin.

But there’s another reason I feel connected to him, and it has to do with history. Madlos was exactly my age, 72, so it’s a good bet that his radicalization as a young man in Mindanao occurred about the same time mine happened in New York City. I joined a Marxist group called the Young Socialist Alliance to work as a political organizer. And, though I never took part in revolutionary violence or got arrested like him, I certainly believed in the overthrow of global capitalism.

Before too long, though, I figured out that our planned Marxist revolution—assuming we could pull it off—would mark, not only a personal disaster but a historic catastrophe. So how, I wonder now, does a presumably intelligent man like Madlos commit himself exclusively to such an idea and follow it all the way to his grave?

Surviving family members unanimously describe the man as considerate, gentle, loving, and kind, despite multiple criminal charges against him involving murder, robbery, and damage to property. Madlos’ nephew recently posted a tribute beginning with the words “Rest in peace Uncle Jorge.” A niece, now living in America, penned several posts, describing his hand-painted birthday cards, wedding congratulations, and life-affirming advice offered over the years in clandestine meetings hidden from the eyes of those who would eventually kill him.

“To the world you are a bad person,” she wrote. “To me and the rest of the family, you are simply the soft-spoken uncle. People may think that you speak with a booming voice [but] yours was the softest voice yet filled with conviction.”

I may never understand how someone like George Madlos arrives at that kind of conviction, rationalizes it, and makes it the core of his existence. In an eight-year-old video that’s one of the most touching I’ve ever seen, Uncle Jorge himself attributes the strength of his beliefs to “my silent revolutionary mother.” Whatever one thinks of those notions and the actions they inspired, for me the main takeaway is this: that the world’s perceptions seldom reflect the complete dimensions of a man’s soul.

And what of his long-suffering hat?

Almeda says he will eventually place it in a museum of Surigaonon heritage now under construction in Surigao City. Once that happens, I suppose, I’ll be making lots of pilgrimages there to gaze upon that iconic symbol of revolution. And perhaps contemplate the powerful ironies embodied in its presence. 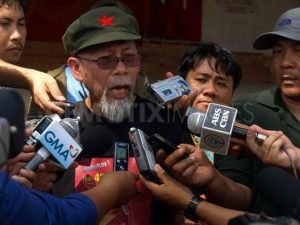 To receive “Expat Eye” weekly by email, sign up here.

David Haldane’s latest book is a short-story collection called “Jenny on the Street.” A former Los Angeles Times staff writer, he is an award-winning author, journalist and broadcaster currently dividing his time between homes in Joshua Tree, California, and Northern Mindanao, Philippines, where this column appears weekly in the Mindanao Gold Star Daily.