Captivating Stories from a Renegade Reporter

David Haldane has enjoyed a career in journalism spanning more than four decades, beginning as an underground reporter for the Berkeley BARB and culminating in twenty-three years as a Los Angeles Times staff writer. Currently he divides his time between homes in Joshua Tree, California, and Northern Mindanao, Philippines, where he writes a weekly newspaper column chronicling expat life. In addition to helping his Filipino wife raise their two children, David dabbles in broadcasting, winning a 2018 Golden Mike award for his work as a reporter and weekend news anchor at Joshua Tree’s radio station, KCDZ Z107.7 FM.

A Passion for Purpose

David enjoys the creative process and the satisfaction of sharing stories. His goal is to reach people whose experience in some way transects his own. It is through this connection that he hopes to achieve the full potential of a life well lived as a saga well told.

Evolving as a Writer

From news articles and features, Haldane has gradually evolved toward longer forms. His earliest steps in that direction can be seen in the first-person memoir of Berkeley written over 15 years ago. Nazis and Nudists is more expansive and mature, told from the perspective of the ensuing years. And recently he took his first dive into fiction with the publication of a short-story collection called “Jenny on the Street And Other Tales of Reverence and Revolution by a Very Young Man”. For a deeper understanding of David's personal and social concerns, watch his interviews on KCET and LA18, both regarding subjects addressed in his writing. 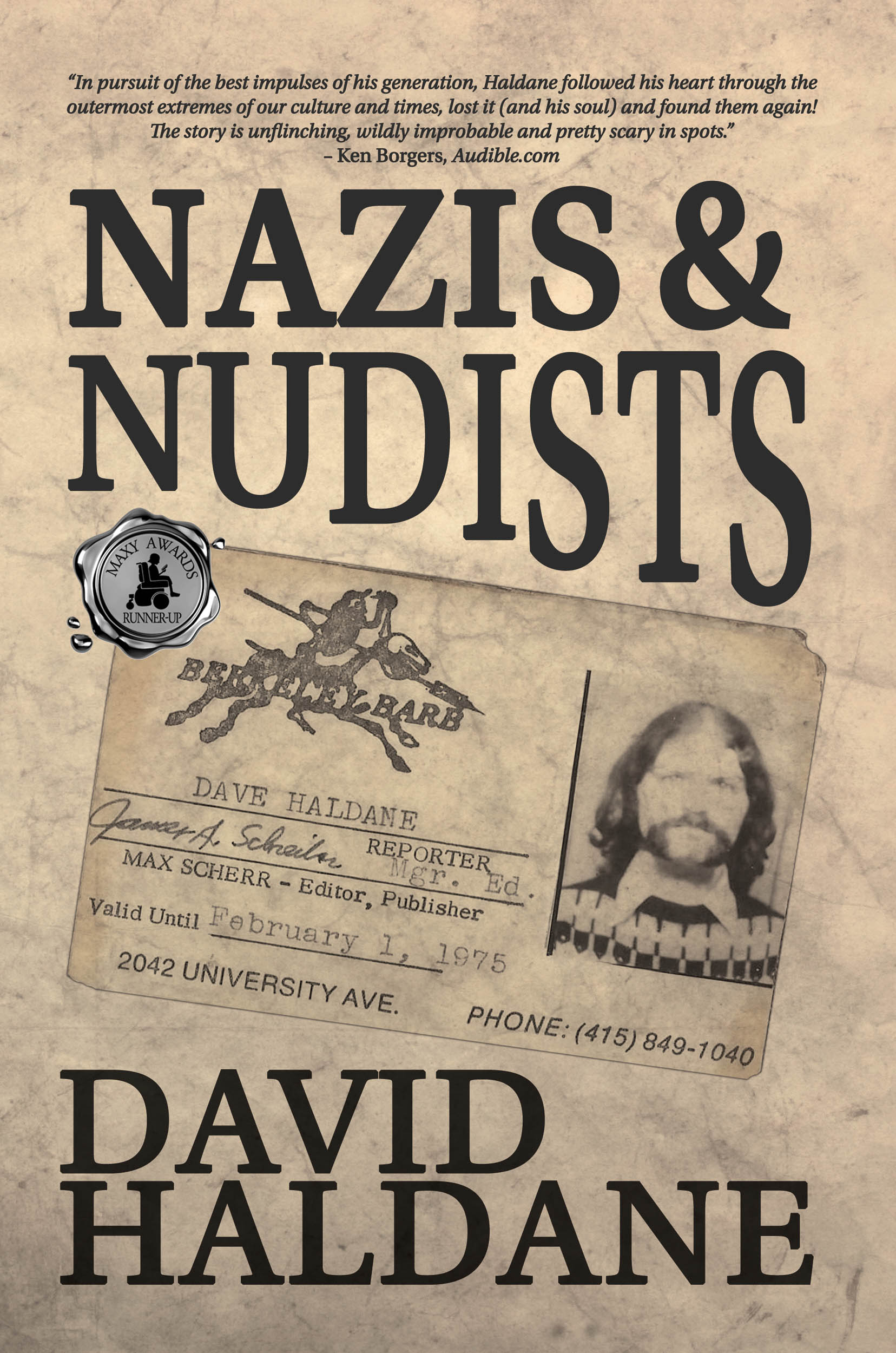 Like many baby boomers, David Haldane got swept into the turbulence of the late 60s and early 70s, first as a radical activist and then writing for the Berkeley BARB . Eventually, after self-imposed exiles in Europe and Mexico, he married, started a family, and graduated to the Los Angeles Times from where he chronicled many of the events that shaped an era. But Haldane always longed for more, a "green leafy space" in which to feel at peace. Finally, after a painful divorce, he found it in the arms of a dark-haired woman met on the Internet and wooed in the exotic isles of the Philippines.  Nazis & Nudists tells that poignant story of love lost and love found. More importantly, it recounts the lifelong spiritual quest for a place to call home. The book was a runner-up in the 2016 Maxy Awards and a finalist in two categories -- Nonfiction E-book and Memoirs -- of the 2017 Next Generation Indie Book Awards. Order it now in paperback, audio or digital formats at Black Rose Writing, Amazon or Barnes & Noble.

About Jenny on the Street

A desperate young woman lost on the drug-infested streets of London, an insane revolutionary holding the devil in a jar, an indifferent truck driver forced to run over cats and a reverent grandmother looking for God in a rock. All of them are among the unforgettable characters inhabiting these thirteen short stories set amidst magic, majesty, mystery and mayhem. It was a surreal era of extreme idealism, exaggerated exuberance, ferocious fearlessness, and foolish folly. A period in which the scent of change permeated every tree, town, and tent. A time, in other words, much like our own, Order it now at Black Rose Writing, Amazon, or Barnes & Noble. 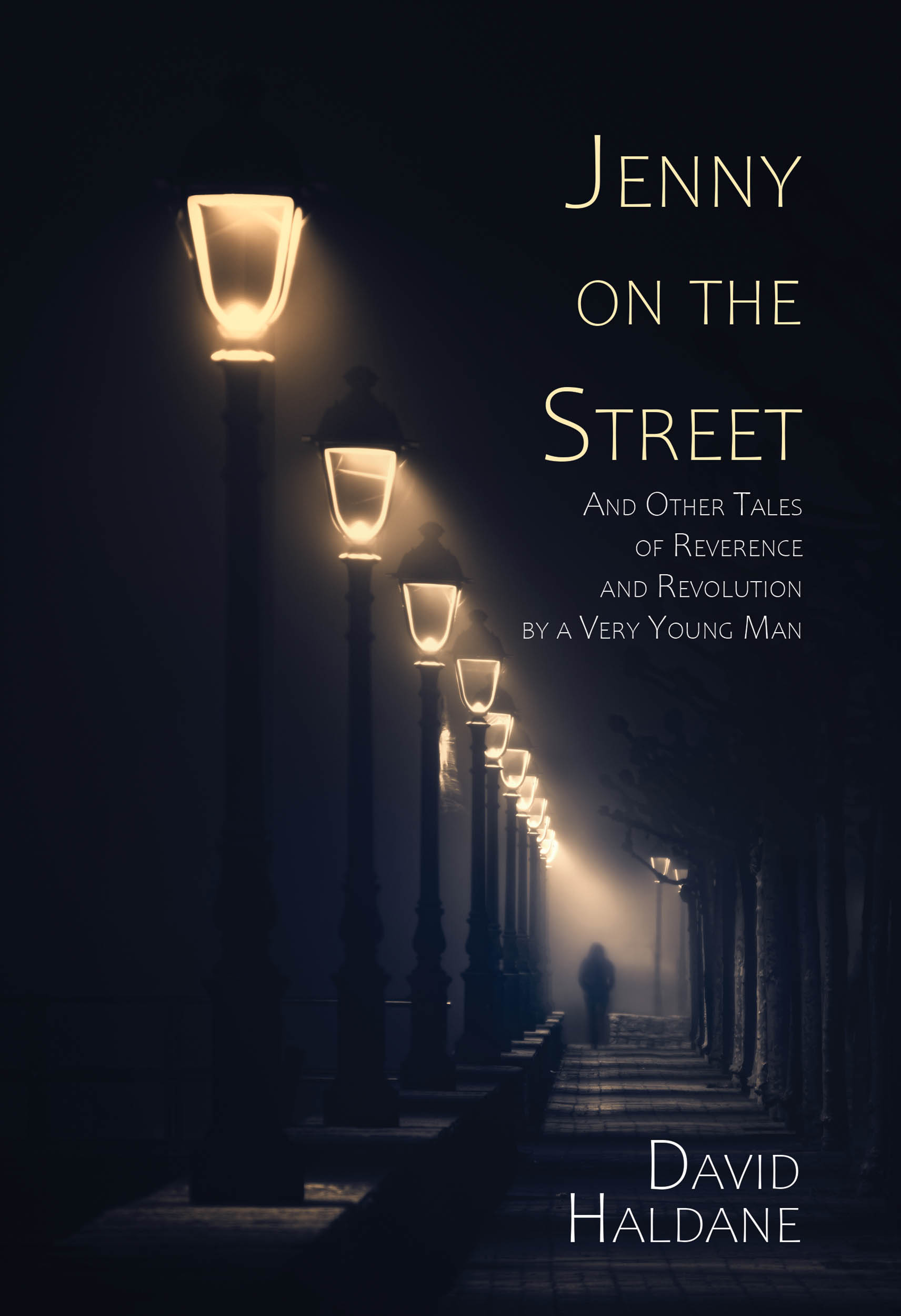