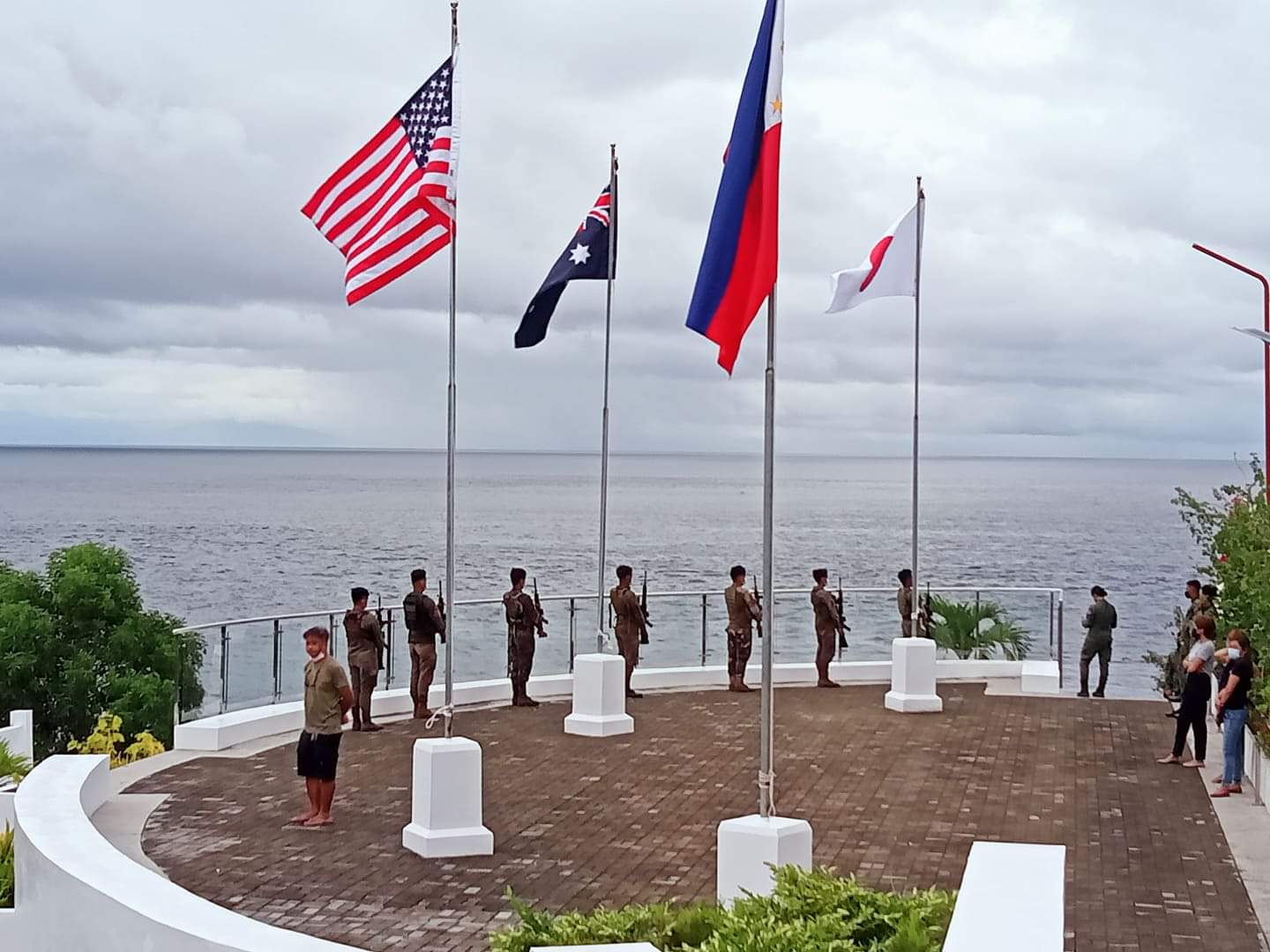 It all happened again last week.

The salutes. The proud words of praise. The dual bugles playing reverie; the gently bellowed national anthems; the prayers of reverence and gratitude.

As usual, I closed my eyes and tried to imagine what it must have been like on that infamous gray morning in 1944. And as usual, my heart swelled with emotions, belying the fact that those clouds rose well before I was born.

All this happened at the recent 77th annual commemoration of the historic Battle of Surigao Strait, in which the combined naval forces of the Philippines, America and Australia beat back those of Imperial Japan. The victory—part of the largest, and probably last, major naval battle in recorded history—paved the way for the Philippines’ liberation from an occupying power almost too fierce to defeat. It also occurred in the waters directly across from where my house now stands. Which is why I’ve never hesitated in offering public condolences to the thousands of dead sailors now guarding my gates.

Most of them were Japanese. And the most poignant moment of this year’s commemoration, for me anyway, came at a Surigao City breakfast involving some of their countrymen. Next to me sat my good friend, Ferdinand A. Almeda Jr., a noted historian and the event’s founder. And directly across from us: Col. Yu Nakano, defense attaché at the Japanese Embassy in Manila and his assistant, Cdr. Takeharu Sekine.

“I make no excuses for Japan’s actions during World War II,” Sekine said during a heartfelt discussion on the lessons of history. “But I also know that those Japanese commanders slept soundly believing they were liberating Asia.”

What he was saying, of course, was that they too were good men.

His comment reminded me of an enlightening experience I had in my youth. My mother was a German Jew whose entire family got murdered by the Nazis during the Holocaust. And, though born later in America, I once spent six months tracing my family’s heritage in Germany.

It was around 1970 in Berlin that I met Klaus, a slightly older German artist, whose father—unbeknownst to me—had been an actual Nazi. As in, member of the National Socialist German Workers’ Party. As in, one of the monsters responsible for the deaths of my forebears.

Klaus and I became fast friends. In fact, I ended up sleeping on the living room floor of the apartment he shared with his lovely young wife. Nights we used to stay up late drinking and carousing. And it was on one of those occasions that I noticed him weeping as he painted a picture of his father.

“This is what he looked like,” Klaus said, proudly holding the finished portrait up for me to see. “He died of a heart attack when I was ten. This is the closest I’ve ever come to depicting him; I believe that I finally got it right.”

He pulled a handkerchief from his pocket and dabbed his eyes.

“You really loved your father, didn’t you?” I said, laying a hand on my friend’s shoulder.

“Very much,” Klaus said. “I remember when he’d come home late, always on the nights the party met. How we used to worry; how we hugged him when he arrived.”

“The party?” I inquired.

Actually, I hadn’t known until that moment. And so my friend forced me into an uncomfortable realization: that even Nazis had children who loved them.

The two Japanese military officers at breakfast in Surigao seemed fascinated by that story. And more interested yet in the news that my Jewish mother had somehow managed to escape Nazi Germany to spend most of the war years imprisoned in a refugee camp in Japanese-occupied Shanghai, China.

“Yes,” Sekine said, his eyes slowly widening, “the Japanese were the only ones issuing visas to the Jews.”

Life in a Japanese refugee camp must have been far from ideal. And yet at that moment I had to acknowledge an apparently unassailable truth: that, but for these men’s invading ancestors, my mother probably would not have survived.

And so, just as Klaus and I had done half-a-century before, the young Japanese defense attaché and his assistant paused to break bread.

With a Filipino historian and an American-born newspaper columnist.

Sign up here to receive “Expat Eye” weekly by email

David Haldane adapted portions of this column from his 2015 memoir, “Nazis & Nudists.” A former Los Angeles Times staff writer, he is an award-winning author, journalist and broadcaster currently dividing his time between homes in Joshua Tree, California, and Northern Mindanao, Philippines, where this column appears weekly in the Mindanao Gold Star Daily..