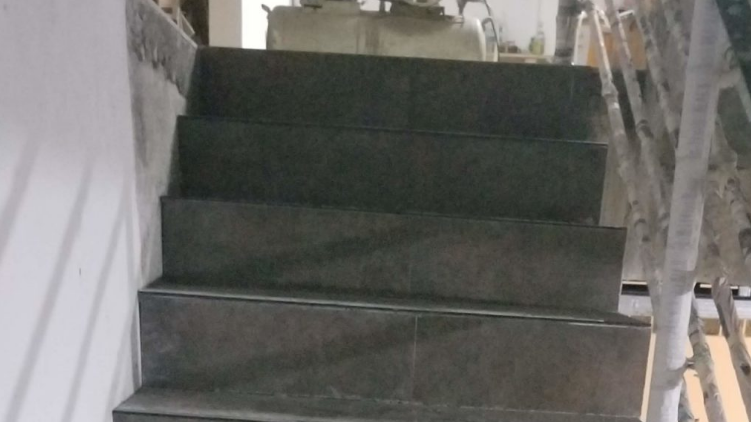 As always, he was very accommodating. “Of course,” he said, “your wish is my command.” Or, at least, that’s what it sounded like to my eager foreign ears.

So you can imagine my surprise and dismay upon discovering, after returning home late Monday night, that the bathroom had no hot water or mirror over the sink and was equipped with a shower that merely dribbled rather than poured. And all this after spending a frantic afternoon moving beds in, buying mattresses and getting the air conditioning units to work, all of which we’d expected to have done weeks before.

I should probably pause here to give you some background. For the past four months, Ivy, Isaac and I had been living in a tiny dusty room in the cockroach-infested basement of our soon-to-be-beautiful mansion-by-the-sea while workers completed the upper floors. The plan had always been for us to move up into a guest room one level higher as soon as those rooms were finished. Then, when the third level was finally completed, we’d be grandly elevated to the master bedroom upstairs.

The problem was that all of it was taking way longer than we’d ever expected. And now the situation was complicated by the imminent arrival of our very first long-term guest whose plane was set to touch down on Tuesday. A friend from California named Kathy, she’d require, at the very least, we were quite certain, a warm bed and shower that would do more than spit at her.

So late Monday night, I frantically sent the engineer a text message expressing my grave concern. “I am gravely concerned,” the text message said. His response was immediate, though not entirely reassuring. “Not to worry,” he replied, or words to that effect but more Filipino. “I’ll swing by in the morning and take care of everything.”

There followed what, for me, was a long dark night of the soul. What it came down to was this; at this late stage in life, why was I living in chaos? And, more to the point, when, if ever, would it end? These are questions that never bothered me in my twenties. But now I was a man nearing seventy who’d spent half his retirement savings, and for what? To wake up in a cramped room with his clothes stored in boxes? To helplessly stand by as huge multitudes of undefeatable ants made off with anything left on the folding platform that we called a dining table?

And now the thin veneer of triumph we had so carefully maintained for the loved ones back home who had bid us adieu with sighs of envy was about to be relentlessly torn to shreds by a wide-eyed visitor who would see our lives as they actually were.

Suffice it to say that I didn’t sleep much.

Then everything changed. Our army of workers arrived at 8 a.m. sharp and, within an hour, had fixed all the flaws. And, almost simultaneously, Kathy texted us that her flight had been cancelled due to a looming typhoon that left her stranded in Cebu for at least several days.

The feared catastrophe had been miraculously averted. Which just goes to prove the truth of the ancient Filipino maxim that, no matter what happens and despite overwhelming evidence to the contrary, everything will turn out fine.

Ah, but the best news; we have finally escaped from the dark confines of that infernal basement. God is good!