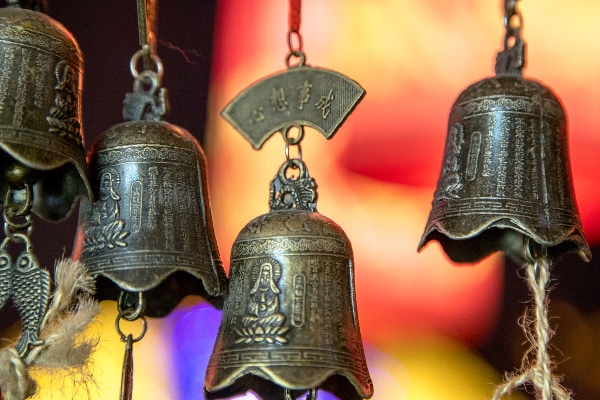 The year began, you may recall, with last December’s devastating Typhoon Odette that blew the roof off our house, smashed our TV sets and hurled them out the window, ripped the art and paint off our walls, and, well, created a massive mess the likes of which we never had seen.

Now, after gargantuan efforts that cost several million pesos, we are finally approaching recovery. Just in time for the power to go out again, an electrical short to burn a hole in our newly lacquered wooden floor, a water dispenser to spring a leak emptying its liquid contents onto that same floor, and my personal computer to completely blow up. Oh yes, and the door of the upstairs bathroom to break down locking my son inside requiring us to saw off its knobs.

And all that happened just last week.

“Oh my God,” I moaned to our live-in driver, cook, maintenance person and helper, who we call Brad. “What the hell is going on?”

Brad just smiled knowingly, and then sadly sighed. “It’s because of how the doors are placed,” she explained patiently, as if talking to a child. “We Filipinos believe that if you build doors facing each other, evil enters through one while your money exits the other. Several of our workers have commented on it.”

Oh great, I thought, now she tells me.

Here’s where I must make a painful confession; I’m not immune to the seductions of superstition. After completing the construction of our house a few years ago, in fact, we followed the Filipino custom of inviting a local priest to bless it throughout with a generous sprinkling of holy water. And, to improve our odds of good fortune, we also attached to its doorpost a small Israeli mezuzah containing Judaism’s declaration of faith to bless and protect all who entered.

“Would it hiss and explode when touched by the sacred moisture about to be imbued by this Catholic man of Jesus?” I wondered publicly. “Would hot steam fill the room as the flames of Hell burned our new house to the ground?”

Fortunately, that didn’t happen. But neither did the holy water or mezuzah provide much protection; a week later, the World Health Organization declared a global pandemic and 21 months after that, a Category 6 typhoon blew that tiny Jewish arc far away to wherever those slaughtered TV sets lay.

“OK,” I said to Brad, getting serious now, “so what can we do about those doors?”

Ah, but my housekeeper/driver/cook/handyman/now-turned-guru, Brad, has another idea. “How about,” she suggested, “we use Feng Shui magic wind chimes? I think they should do the trick.”

And so we are searching for some online.

The term Feng Shui, apparently, is derived from two Chinese words — “feng,” meaning wind, and “shui,” meaning water—suggesting that human life should flow in harmony with its surroundings. By definition, therefore, Feng Shui, according to one source, is “a practice of arranging the pieces in living spaces to create balance with the natural world. This is what it means to Feng Shui your home.”

All I can say is it makes sense to me. Anything to stop the escape of our hard-earned cash through that infernal second door.

David Haldane’s latest book, “A Tooth in My Popsicle and Other Ebullient Essays on Becoming Filipino,” is due out in January. A former staff writer for the Los Angeles Times, where he helped write two Pulitzer Prize-winning stories, Haldane is an award-winning journalist, author, and sometimes radio broadcaster with homes in Joshua Tree, California, and Northern Mindanao, Philippines. This column appears weekly in the Mindanao Gold Star Daily.