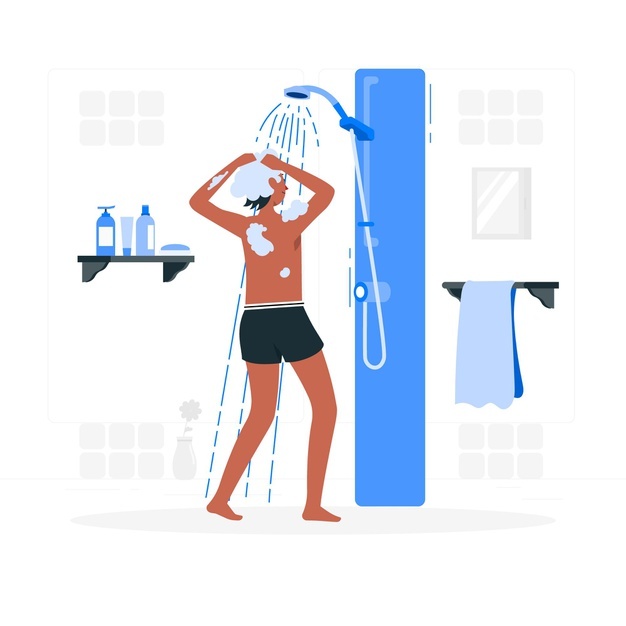 This morning I heard my son singing in the shower.

It was a merry song, the kind an 11-year-old boy performs while getting ready for a new day at school. A far cry from the overbearing silence of the 18 months he learned online.

That music began only after a painful family decision to leave the Philippines—where most schools remain closed—for Southern California, where they reopened in August. Ah, but now a new cloud threatens to silence that shower once again; the strange and growing American obsession to control those within its purview.

“We care deeply about all our employees,” the interim superintendent of the Los Angeles Unified School District declared last week after firing nearly 500 of them. The reason: they had missed the district’s deadline for mandatory COVID vaccinations. The result: a shortage of teachers that could force some classes back online.

Fortunately, Isaac’s school is in a different district. As the second largest in the nation, though, LA Unified often leads the way. And all this just days after a chilling warning by the U.S. Surgeon General regarding the devastating effects of isolation on the nation’s—and by implication the world’s—suffering children.

“This is a critical issue that we have to do something about now,” Surgeon General Vivek Murthy told reporters last Tuesday. “We can’t wait until after the pandemic is over.”

He was referring to his own public health advisory, citing mounting evidence of the major ill-effects children are experiencing in the wake of pandemic hardships, including online learning. According to the advisory, symptoms of depression and anxiety have doubled, with 25% of those surveyed reporting depression and 20% anxiety. Impulsivity and irritability also appear to be on the rise, Murthy said. And as recently as early this year, emergency hospital visits for suspected suicide attempts had increased by 51% for adolescent girls and 4% for boys compared to last year.

“It would be a tragedy if we beat back one public health crisis only to allow another to grow in its place,” Murthy wrote in the preface to his report. “Mental health challenges in children, adolescents, and young adults are real, and they are widespread.”

A new working paper by the National Bureau of Economic Research further documents the academic shortfalls widely associated with remote learning. It reports, for instance, that the number of third-through-eighth graders scoring “proficient” or above in 12 US states declined in the spring of 2021 by 14.2% in math and 6.3% in language arts. And, sure enough, those declines were greater in districts with less in-person learning. “In short, remote and hybrid instruction were linked to two-to-three times more learning loss,” the Wall Street Journal reported in an editorial headlined “Remote Learning Fails the Test.”

All of this played into our hard decision to leave the Philippines, despite the comfortable life we had there. “We hope the damage to our son will be minimal,” I wrote back in February as we waited for Southern California schools to reopen. Despite our best efforts, though, Isaac has shown signs of both depression and academic loss, with an increase in silent moping and a significant dip in grades. Fortunately, there’s light at the end of the tunnel; much of his depression subsided once he got back to school. And this week he starts a tutoring program aimed at overcoming that learning deficit.

But the coast is not yet clear. Dozens of US school districts have returned—or are threatening to return—to part-time virtual learning, claiming that their teachers need to unwind. And all this despite the relatively low and benign infection rates among most of the world’s children.

So, we wait, and plan, and listen to happy shower songs while we can. Recent events in the Philippines offer hope for an imminent end to one of the world’s longest school lockdowns. COVID infections there seem to have waned. Nearly 300 schools have reopened for pilot in-person classes, and there’s talk of more reopening part-time next year.

With God’s grace, one of them will host our son.