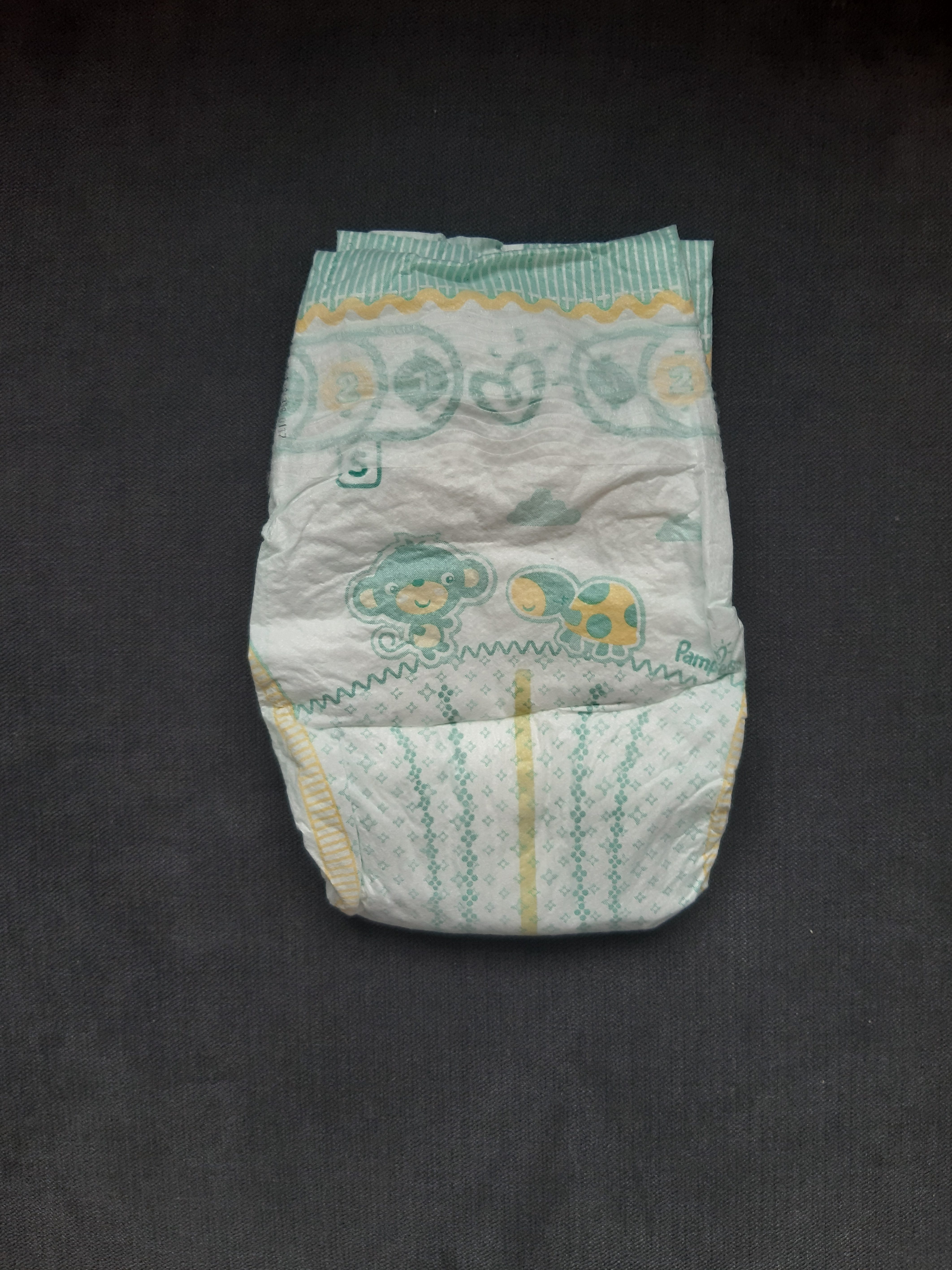 I haven’t changed a diaper in nearly ten years.

That may not seem like particularly astounding news to some, but here’s the thing; we’ve got a baby in the house just one month old. And here’s the really astounding thing; I’m her daddy.
For those unschooled in the marital culture of America whence I come, let me cue you in on a little secret; most daddies there change diapers. Lots of them. So many, in fact, that after a while your male friends start calling you diaper dad. And that’s not a bad thing, either, because in America changing diapers is a way of demonstrating that you’re, well…liberated. As in, fully cognizant of the fact that having a personal relationship with infant underwear in no way compromises your lofty station as a man. As in realizing that changing the smelly things isn’t beneath you, at least not too far.

Ok, fast forward several years to the Philippines. Here I am living in a big house overlooking the ocean in Surigao City without a diaper in sight. For quite a while that was a source of some guilt. Because, let’s face it, if you’re a new father not changing diapers, I mean, just how liberated can you really be?

Ah, but today I have an important announcement; I am no longer enslaved by that particular guilt. Follow my lead here, friends, and let me tell you why. Hint: it has way more to do with culture than with liberation or, heck, even diapers.

See, in the Philippines there’s this thing called service. It’s a complicated concept, I know – especially for foreigners – but please bear with me and I’ll endeavor to explain.

I think it starts in the family. While American children busy themselves demonstrating their independence in increasingly annoying ways (believe me, I speak here from experience on both sides of that well-documented generational divide) Filipino kids are being taught to respect their elders. Over the years, that respect gradually expands upward and outward until, eventually, it seeps beyond the bounds of immediate family to encompass relatives, friends, members of the community, authority figures and finally – wait for it – people in general, wow what a concept!

Here’s how it usually plays out; if you’re old like me, almost everyone calls you sir as they usher you to the front of the line at Jollibee’s. If there were buses in the province, I’m sure that young people would offer their seats. And, most significantly, there’s that thing I touched on earlier, the thing I call service. What it means, basically, is that if someone shows you kindness – and sometimes even when they don’t – you eventually repay them, often with interest that seems (to outsiders anyway) exceedingly high.

Ok, so much for the primer; let’s get back to what really goes on. I was reminded of that recently by a posting in Facebook authored by someone identifying herself only as a Filipina married to a foreigner. “When I was still in the Philippines,” she wrote, “my American boyfriend was sending me $600 a month with the condition to quit my job in Manila and go back in Cavite to be with my son. I grew up from poor family so I promised to myself I will never be (poor) like my parents.”

Of that $600, she claims, only $190 was going for living expenses, so she invested the rest in an Internet café. After a few months, she was making enough to start buying processed meat wholesale, which she sold at a profit to her neighbors. With those profits, she bought a freezer with which to supply ice to buko sellers at the local flea market, then a townhome to rent out, and so on.

When the economic crash of 2008 cost her boyfriend his job, she started sending him $800 a month. After emigrating to California as his wife, she kept right on working, eventually paying off her husband’s debt and acquiring several more condos and townhomes in the Philippines. And today, at 36, she lives here with her 48-year-old husband solely on the income from those properties.

Ok, ok, just hold off a minute before you start pummeling me with rotten tomatoes. Of course, there’s no way of verifying whether this story is true. And, certainly, many foreigners have had dramatically different experiences with Filipinas who simply grabbed their money and made for the door.

But I offer the story to illustrate a point regarding the Filipino concept of, you guessed it, service. The young wife relating it attributes her behavior to something called utang na loob, defined by Wikipedia as “a Filipino cultural trait which, translated literally, means ‘a debt to one’s inner self.’ ” The article goes on to describe its essence as “an obligation to appropriately repay a person who has done one a favor,” but not, it stresses, just an ordinary one. No, utang na loob typically involves a favor “whose value is impossible to quantify, or, if there is a quantifiable value, involves a deeply personal internal dimension… much deeper than ordinary debt or even the western concept of owing a favor. Filipino psychology explains that this reflects the…orientation of shared personhood or shared self, which is at the core of the Filipino values system.”

Which brings us back to those darn diapers. See, the house I spent more than half my life savings to build is now occupied by no fewer than 13 people; my wife and children, of course, plus an array of aunts, uncles, nephews, nieces, cousins, and friends, not to mention a bona fide employee. All of whom we’ve offered safe harbor, at least for the duration of this cursed pandemic.
Change a diaper? They wouldn’t dream of letting me do such a thing. And you know what, as a formerly liberated American male I can’t believe I’m hearing myself say this but, hey, that’s just fine with me.

___________________________________________
David Haldane is the author of an award-winning memoir called “Nazis & Nudists.” A former Los Angeles Times staff writer, he is an American journalist, essayist, and broadcaster whose radio work was awarded a 2018 Golden Mike by the Radio & Television News Association of Southern California. He currently lives in Mindanao with his Filipino wife and their two children. This column tells the unfolding story of that adventure. http:///felixr28.sg-host.com