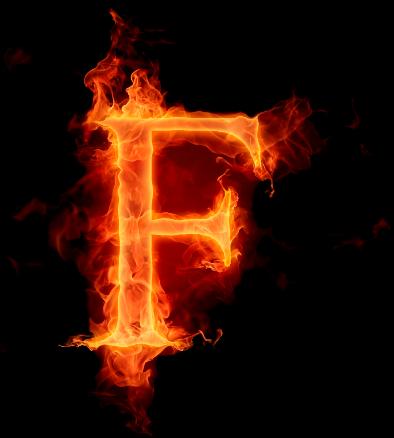 I curse too much.

I know it and my wife knows it. Even my 10-year-old son knows it. “Daddy,” he frequently asks, “why do you say so many bad words?”

So far, he hasn’t. In fact, he often reminds me, only grownups may say dirty words. Still, he wishes I wouldn’t. And, of course, he’s right.

It’s not that I’m cursing at him, per se. It’s just that, when frustration mounts, I curse at the universe for betraying me. It’s also a matter of language; in needing to express myself fully, sometimes only a curse word will do. And being a person for whom words matter, I tell myself, why use anything less than the perfect word?

This week the United States Supreme Court could take that option right out of my mouth, at least on social media. Specifically, it heard the arguments of Brandi Levy, a Pennsylvania school girl who posted a profane complaint on Snapchat after her high school’s varsity cheerleading squad rejected her bid to join.

“F—school f—softball f—cheer f—everything,” the young woman posted, using complete words. The question now before the court: did the school err in punishing her for something she did off campus? Or, in simpler terms, should the f—word be forever banned?

In fact, it’s not the first time the court has visited this issue. Back in 1968 Los Angeles, a young man named Paul Robert Cohen got arrested for “maliciously and willfully disturbing the peace” by showing up at a county courthouse wearing a jacket with “F—the draft” (also fully spelled out, of course) stenciled on its back. Which led to a landmark Supreme Court decision three years later affirming the public’s right to use words sometimes considered profane.

But that was then, and this is now.

In the late 1960s and early ‘70s, a radicalized younger generation clamored in rebellion against its elders on several issues including what it perceived as their overly restrictive moral code regarding sex, and hypersensitivity to language considered “bad”. That movement got its start, in fact, in a massive 1964 student protest at the University of California that became widely known as the Berkeley Free Speech Movement.

Now another movement is afoot. And while it too traces its roots to the demands for free speech and expression of the 1960s, today’s rebels have ironically taken the opposite path by labeling once-protected speech as politically incorrect and abusive. And the quaint notion that speech is only speech has given way to the startling claim that speech can be synonymous with violence.

So, frankly, it’s anyone’s guess what this Supreme Court will decide when confronted with the ugly F—word.

I, for one, have already fought that battle at home. Thirteen years ago when my Filipino wife first came to the United States, the swearing on everyone’s lips—not just mine, but those of our friends—shocked her to the core.

“Oh my God,” she used to say, covering her ears and closing her eyes, “please watch your tongue!” Having grown up in a deeply conservative province of the Philippines, she experienced my rants as something akin to the screeching of chalk on her innocent ears.

To some extent she has developed nicely since then; I can now proudly report that, on at least one or two occasions, I have actually heard my sweet wife whisper profanities under her very own breath. But we still laugh sideways at each other whenever an American movie character goes off on a tirade laced with swear words. And, when asked, she still describes Americans as “loud and profane.”

Gosh, now that I think of it, what will become of our national character if swearing gets outlawed? Could it be the final blow that brings America down? F— if I know; I guess the jury’s still out.