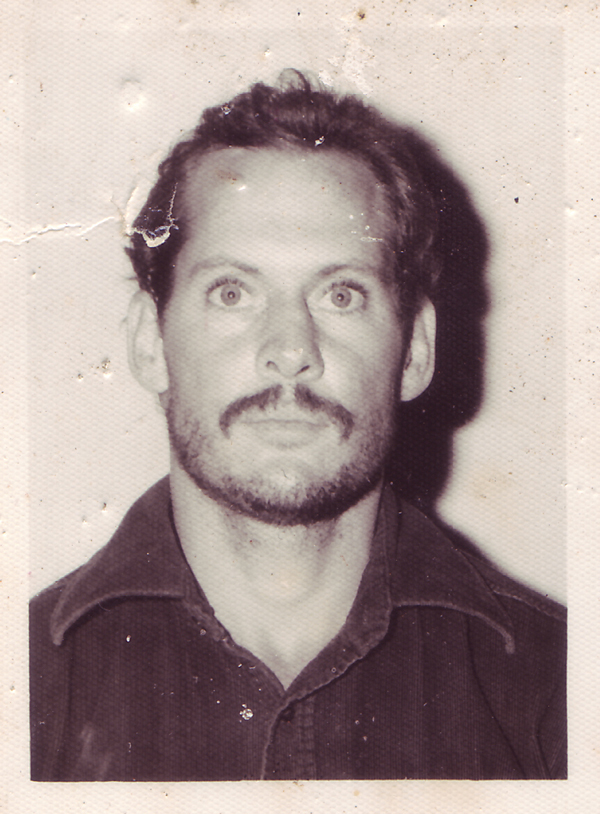 I didn’t know them well in high school.

At best, we had a nodding acquaintance. It wasn’t until years later that I became seriously interested in Michael Deeds and Chris DeLance. And that was only after hearing that both had been tortured to death by communist Cambodians.

A recent text message brought it all back. “Did you write this?” an English photographer named Tori Green wanted to know. And sure enough, atop the attached article crouched my unmistakable byline.

It was a piece I’d written for the Los Angeles Times in 1990 about Karl Deeds, the brother of one of those lost high school classmates, describing an 11-year search for his sibling’s bones.

“I didn’t believe it,” Deeds said of the moment he first learned of Michael’s death. “It was really hard.”

The story was that his brother and DeLance, both avid sailors and close friends since their California childhoods, had set out in November 1978 from Singapore toward Thailand in a 42-foot sloop called the Walani.

But they never got there. Instead, the pair drifted too close to the Cambodian coast where Khmer Rouge troops seized them on behalf of Pol Pot, the ruthless dictator who ruled that country in the latter 1970s. Taken to the notorious Tuol Sleng prison—now a museum in Phnom Penh—the friends endured 40 days of merciless torture by jailers who forced them to sign bogus “confessions” saying they were CIA agents, then executed them in the regime’s last days.

During several trips to Asia in the 1980s, Karl Deeds never found Michael’s bones. But he did meet Vann Nath, a former prisoner whose cell had abutted his brother’s. Every evening, the man told Deeds, he would see the guards leading Michael off to another area of the prison for interrogation. And then, hours later, he would hear the strange and disquieting sound of the young man singing to himself in his cell after a long night of torture.

“That meant a lot to my family,” Deeds told me in 1990. “It meant that Michael was strong. It meant that he was doing his best.”

Over 20 years later, historians came across a faded picture of Michael’s travel companion, Chris DeLance, who—along with thousands of other Tuol Sleng victims—had been photographed before he died. And it was that and other images that attracted the recent attention of several journalists including Green.

“The colors do not add humanity to those faces,” Theary Seng, a survivor of the Khmer Rouge who later wrote a book about it, told the New York Times. “Their humanity is already captured and expressed in their haunting eyes, listless resignation, defiant looks.”

She was talking about the work of Irish artist Matt Loughrey, who specializes in colorizing old photos. These particular photos, in fact, he’d not only colorized but photoshopped smiles onto some of their subject’s faces. Then published them on Vice Media, a Canadian digital media website, while expressing his desire to “humanize the tragedy.”

Many who’d actually lived the tragedy, however, were less than amused.

“These photos were taken of prisoners in the worst moments of their lives,” said Lydia Chim, the niece of one of those photographed. They “should be treated with the care that the gravity of history demands.”

Eventually the Cambodian Ministry of Culture and Fine Arts reacted to the uproar by threatening legal action against Vice Media unless it took the photos down. And so they quickly disappeared. But not before an audience of potentially thousands had seen the doctored images, including one of DeLance looking bright-eyed and tan.

Somehow I doubt he had much time for beach lounging in the weeks preceding his death. And I have no idea whether a similar prison portrait exists of Michael Deeds. They were among only a handful of Westerners known to have died in the genocide that killed at least 1.7 million Cambodians.

In my copy of Long Beach Woodrow Wilson High School’s yearbook for 1967, the two friends look undistinguished in their senior portraits–just nondescript high school students anxious, like the rest of us, to enter the world.

How different those portraits look from that final unaltered one of Chris DeLance staring wide-eyed into the camera with an emotion only he could have described.

Sometimes I wonder how I’d have acted in his shoes. And pray that I will never have to find out. But the story of those long-ago classmates reminds us once again of fate’s fickleness, of how it can turn in an instant and twist itself into something terrible. And how ugly the face of fate can become when those controlling it are monsters.

David Haldane’s latest book, a short-story collection called “Jenny on the Street,” is available on Amazon. A former Los Angeles Times staff writer, he is an award-winning journalist, author, and broadcaster currently dividing his time between homes in Joshua Tree, California, and Northern Mindanao, Philippines.