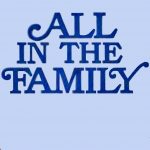 It started as kind of a gag.

Ivy and I, happily married, would fantasize about what sort of other marital unions might be possible. The fantasies were fueled, of course, by the well-known and often remarked-upon Filipino penchant for taking care of their own.

“When will you find a husband for your sister?” a relative would sometimes remark, only half in jest. Or, “Surely you won’t leave your cousin behind?”

From our own family nest in California, such pleas seemed somewhat far-fetched, though admittedly romantic. So we indulged them as best we could. “Who do we know that’s single, eligible and male?” I’d ask Ivy in a rhetorical exchange often accompanied by a wink.

One night we were sharing drinks with my best friend from high school when his wife, Bonnie, blurted out something that seemed fitting for the occasion. “You guys are so happy,” she declared, looking at Ivy and me, “we should find someone for Jesse.”

Jesse was their good friend, a single guy in his late forties who Bonnie had kind of adopted as a stand-in son.

Everyone laughed with a degree of heartiness befitting the amount of alcohol we had consumed. Then suddenly the mood shifted. “Actually,” said Ivy, “I do,” and so the project began.

At first it was just a matter of giving them each other’s email addresses; for a while that sufficed as the two would-be lovers – she in Mindanao, he in California – began to talk. Then came the questions; was Jesse really a good man and would Kiking be loyal? How well, she wanted to know, did we really know this guy? Gradually, the tenor changed; how long would it take to process her visa and how soon would she be able to work? And, finally, the tasks became more concrete; we helped him buy an airline ticket and, later, submit the proper immigration forms.

Through it all, the four matchmakers would periodically get together over drinks to gleefully compare notes. The truth was that none of us really believed it would ever come to pass, though we were certainly enjoying the ride. But somehow it did, and now Jesse is my brother-in-law and Kiking calls California home.

Then it happened again; Ivy and I introduced my gay brother to her homosexual cousin in Manila. That one was even more speculative; at the time of their first meeting, in fact, brother Ken was visiting another Filipino guy in town and same-sex marriage was not yet legal. Eventually both circumstances changed; the boyfriend disappeared, and American progressives won their battle for marriage equality. One thing led to another and, voila! – my wife’s favorite cousin emigrated to the United States to live with my brother, weaving yet another strand of the increasingly intricate quilt uniting our two families. Though Ken and I have since had a falling out and seldom speak, we get regular updates from Ivy’s cousin.

So there they are, the two most dramatic examples of Ivy’s and my matchmaking skills. They certainly don’t stand in isolation, however; over the years, I would guess that we’ve been wholly or partly responsible – either inadvertently or by design – for at least a dozen new Filipino immigrants to the United States, mostly through marriage or family. I suppose you could call us a regular immigration service, though in the present political climate I’d prefer that you not say it out loud.

In addition to her sister and cousin, we have enabled Ivy’s parents to emigrate as well as more than a few of her friends. But here’s the irony; just as they’re all getting settled here, we are preparing to leave. We’ve already arranged for Kiking and her new husband to occupy our Southwest desert home after we relocate to the Philippines this summer. Ivy’s cousin is well on his way to landing a permanent green card and embarking on his career. And if any future problems beset these new Filipino immigrants, well, they’ll just have to fend for themselves.

Because here’s the thing; it’s kind of a revolving door. And once we’ve passed through it, well, we’ll be fending too.