There’s something about poop that makes Westerners nervous. Though I can’t say exactly what it is, I do know this; the discomfort is not shared by most Filipinos.

That was first driven home to me during a brief sojourn in Dapa, the teeming port city of Siargao Island in the northeastern corner of Mindanao. We were just passing through, really, on our way to the island’s interior when nature placed an urgent call. While I might ordinarily have answered with a pleasant hello and perhaps a short chat, it immediately became apparent that, on this day anyway, nature was in no mood for pleasantries.

So I consulted my wife who immediately directed me to the nearest public restroom. And therein lay the rub; placed demurely at a table, directly blocking my path, sat one of the loveliest young ladies I’d ever seen. “Yes sir,” she said brightly with a heart-stopping smile, “five pesos or ten?”

It soon became obvious that what she was referring to was the exact nature of my business; while five pesos would get me past her with zipper rights intact, only ten would guarantee the full-service treatment duly enforced, I took it, by her possession of what appeared to be the only toilet paper in town.

Even as I inwardly rejoiced at my complete comprehension of her question, however, my very soul rebelled at the idea of sharing the intimacies of my bathroom needs with this complete – and worse, highly desirable – young stranger.

“Uh, how much just to go in?” I timidly inquired.

“But sir,” she shot back with what I imaged to be a barely discernable wink, “will you be needing the paper?”

With a sinking heart I realized that there was no way out. I was trapped. Without another word I nodded, handed over the ten pesos and held my hand out for the much-needed sanitary material. “Is this enough,” she persisted, offering a strip of tissue thin enough to be ripped to shreds by my increasing hyperventilation, “or do you need more?”

It was the closest I’ve ever come to fainting. The second closest was the moment, fifteen minutes later, when I ventured back out that door to bathe in her radiant smile as she bid me good day and invited me to “come back and see us again soon.”

There was another time that my self-imposed shame at the biological necessities of the human condition came very close to destroying my life. It happened more than a decade ago at Magpupungko Beach, the now-famous stretch of sand on Siargao Island where my wife and I have often frolicked. Back then it was almost devoid of both people and structures; the perfect place for a family picnic during our “getting to know you” period, otherwise known as courtship.

Everyone was there; Mom, Dad, several siblings, aunts and uncles, nephews, nieces and, of course, the usual swarm of cousins. So it was with some shyness, naturally, that I leaned over to gingerly whisper in my sweetheart’s ear; “hey, honey, where’s the restroom?”

Her look of astonishment filled me with dread. “Babe, I don’t think there’s anything like that on the beach,” she said, obviously trying to break it to me gently. There followed a long discussion in Visaya, not a word of which I understood. And, as each relative took a turn speaking up in what had clearly become a full-blown family conference, well, my dread quickly turned into catatonia.

“Sweetheart,” my fiancé finally announced, no longer even bothering with the pretense of a whisper, “we’ll just have to find a tree, kindly come with me.”

I remember very little of what happened after that. She must have taken my hand and led me dumbly through the field of coconut trees. At some point, she probably identified a worthy one and explained to me what was about to happen. I do have a vague memory of her standing guard before leading me back to the family gathering. And a far more vivid one of the knowing smiles that sprouted all around.

Later – in my honor, I suppose – they erected a small comfort room near the spot, exceedingly crude and made of stone. Though it has long since crumbled into oblivion, I still cringe every time I see the pile of rocks where it once stood.

Years have passed since my humiliation at the beach, and now we are building a house in the same province. Besides air conditioning, I have only one unconditional demand; that it have American-style toilets. Flushing ones. With seats. And lots of toilet paper within easy reach.

All of which, naturally, must be permanently secured behind firmly locked doors. 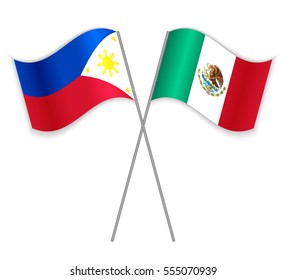