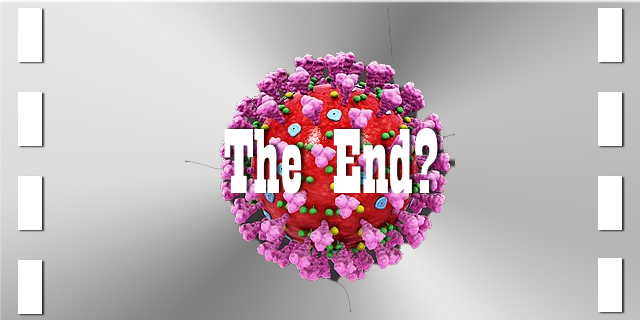 My 11-year-old son came home grinning a few weeks ago.

The cause of his joy soon became apparent; school administrators had ended a COVID mask mandate in effect since the long-delayed resumption of face-to-face classes eight months before. So Isaac and his fifth-grade classmates were at last free to share their grins rather than keep them covered or, more likely, unformed.

I recalled that afternoon recently while watching online videos of passengers cheering wildly at the announcement that US airlines will no longer require masks on domestic flights. One video even showed a flight attendant dancing down the aisle with a plastic bag singing for passengers to “throw away their masks.”

The shouts of glee came after last week’s federal court ruling striking down mask requirements on airplanes, trains, buses and other forms of US public transportation. The Justice Department has appealed that decision. But even a win in court is likely to ring hollow considering the Centers for Disease Control and Prevention’s stated goal of extending the national mask mandate only until May 3.

For me and millions of other Americans, these events mark the effective end of the national COVID-19 crisis that has rattled our lives for more than two years. That wouldn’t be gleaned, however, from some of the attendant headlines.

“Pandemic’s lesson for many older folks: Stay in your home as long as you can,” the Boston Globe intoned. Cautioned NBC:  “A new version of omicron is gaining a foothold in the US.” And, not to be outdone on the local level, TV news WTNH in New Haven, Connecticut, chimed right in with “Increasing COVID cases, Concerns Over Omicron…”

New York Times columnist Paul Krugman even struck a note of hysteria. “A prediction about masking,” he tweeted. “Soon we’ll be seeing many incidents in which those who choose to protect themselves with [masks] face harassment, even violence…”

At least one writer elsewhere at that newspaper, however, struck a more moderate tone. Noting that infection rates have risen in recent weeks while the number of hospitalizations and deaths have remained flat or declined, David Leonhardt declared that a new phase of the pandemic has begun. “A couple of weeks ago,” he wrote in a newsletter entitled ‘Big screaming headlines,’ the news was full of stories about high-profile people contracting COVID-19…So far, however, none of their cases appears to be severe.”

That notion was bolstered this week by a CDC report indicating that no fewer than sixty percent of Americans—including 75 percent of children—had been infected with the coronavirus by February. Which may have been what prompted none other than Dr. Anthony S. Fauci—the COVID guru himself—to declare that the US is finally “out of the full-blown explosive pandemic phase” of the virus.

Which is pretty much what I suggested in a column almost three months ago after contracting a mild case of my own. “So far,” I wrote, “my sickness has felt no worse than a bout of seasonal flu; very similar to what I’ve experienced frequently before.”

The column quoted one of several doctors at the University of California, San Francisco, who signed a petition calling for an end to mandatory masking requirements. “We don’t do massive testing for the flu and try to pick up every…asymptomatic or mildly symptomatic case,” Dr. Jeanne Noble said. “We don’t care about preventing runny noses and sore throats.”

In the Philippines, site of one of the world’s longest and strictest COVID lockdowns, such notions are also taking hold. Recently, the country reopened its borders and relaxed most requirements for incoming foreigners. Yet President Rodrigo Duterte has declared that national mask mandates will remain in effect at least until his term ends in June.

My family and I will be returning there soon. God only knows what we’ll encounter on the international flights transporting us across oceans. For now, though, we are happy to see passengers cheering and attendants dancing down the aisles on flights close to home.

Click here to get “Expat Eye” weekly by email.

David Haldane’s colorful memoir, “Nazis & Nudists,” recounts growing up in countercultural America to eventually find a wife in the Philippines. A former Los Angeles Times staff writer, he is an award-winning journalist, author and radio broadcaster currently dividing his time between homes in Joshua Tree, California, and Northern Mindanao, Philippines, where this column appears weekly in the Mindanao Gold Star Daily.