The Past Swept Away

The Past Swept Away 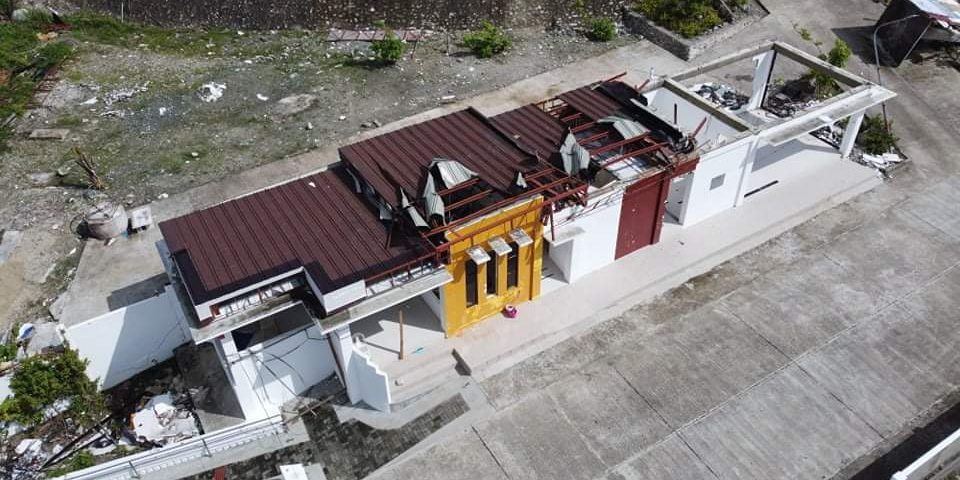 There was something comforting about living across the street from a monument to history.

On Tuesday mornings, we’d hear the bright strains of reveille as the flags of four nations awoke to a new week. And every Sunday evening, the sad bugle tones of taps wafted through the air as those flags got lowered to the ground.

Sometimes I’d saunter over to gaze at the relics housed in the new museum. The display included maps, ship models and pieces of World War II Japanese naval uniforms. There was also an old portrait of David Mattiske, a former Australian sailor and one of last survivors of the historic events the museum recounted. He died earlier this year at 96. And now those relics too are gone, whisked away by the winds of Typhoon Odette along with the museum’s roof and walls.

“Very little was saved,” says Jake Miranda, a former Navy diver and history buff whose efforts resulted in the creation of the Battle of Surigao Strait Memorial and Museum, arguably Surigao City’s most popular attraction. Many of the lost relics, in fact, came from Miranda’s personal collection.

The memorial was still just a dream back in 2013 when we bought the lot at Punta Bilar where our house now stands. The spot overlooks Surigao Strait, the historic gateway to Mindanao through which Magellan’s ships passed in 1521. Over 420 years later, in 1944, another historic event transpired there; the Battle of Surigao Strait, which helped change the course of World War II in the Pacific paving the way for the Allied liberation of the Philippines from the clutches of Imperial Japan. The fight was the largest—and probably last—major naval battle in human history.

After a year of construction, officials inaugurated the new memorial and museum in 2019 just in time for that year’s commemoration of the battle on Oct. 25th. It was a grand affair, attended by Mattiske himself as well as dignitaries from all four nations that had participated in the conflagration: Japan, Philippines, Australia and the US. It was also the last time the site hosted the full-blown event. The following year, the commemoration took place online because of the COVID pandemic and last year planners scaled it down considerably as the disease continued to rage.

Then that furious Category 5 typhoon hit, opening the museum like a can opener and destroying most of its contents. The eternal flame once gracing the memorial’s center has also disappeared, as have the trees and plants that gave it peaceful succor. Still visible, however, are the eternal words of David Mattiske engraved in a concrete wall: “Let us pray that we never have another world war.”

For the time being, the memorial remains closed to the multitude of visitors that began arriving almost from the moment it first opened. And the sounds of the weekly flag-raising ceremonies no longer pervade the silence of my broken house.

Miranda hopes to eventually restore at least some of what the storm took. The city has vowed to make repairs, though obviously that cruel and destructive storm has overburdened its plate. Miranda says he’s also talking to a private cement company about possibly adopting and repairing the site. And many of Mattiske’s Australian friends are offering help in honor of the recently deceased mariner.

All of which reminds me of how I described the raising of those flags after first witnessing it just three years ago. “I was struck by how different those national anthems sound,” I wrote in 2019. “Australia’s is young, optimistic, and proud; America’s historic, grateful, and proud; and the Philippines’ majestic, optimistic and, yes, proud. Only Japan’s national anthem sounds like a funeral dirge.”

I pray it won’t be the last one we hear.