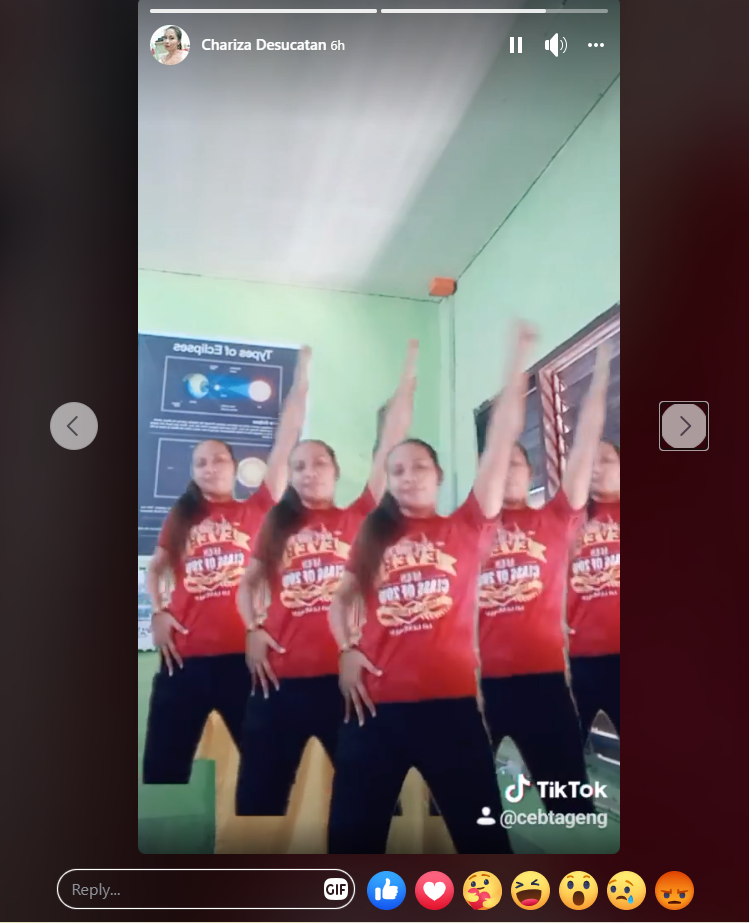 It was as if a giant buzz saw had occupied the house.

The walls vibrated, and the floors rumbled. The air around us pulsated with a rhythmic pounding in direct opposition to the beating of our hearts. And in the upper regions of our heads containing eardrums, the soul-thumping disruptions were truly profound.

The worst of it was that the clock read 6 a.m.

So, grumbling into the morning dimness, I rolled painfully out of bed and stumbled downstairs. There to find my 9-year-old son and his cousin dancing their little hearts out to the bashing beat of, yes, Tik Tok on an enormous TV screen.

“Hey!” I yelled as loudly as I could, “would you mind turning that down?” It took three repetitions just to penetrate their prancing ears. Welcome to the brave new world of navigating a pandemic with kids.

Back in the pre-Covid era, the sounds of preparing for school usually permeated this time of day; the boys would take their showers while my son’s tita packed their lunches. Later, after serving breakfast and dressing the children, she’d hustle them into the family van for a school drop off en route to work.

Then the coronavirus struck and dramatically changed our lives. For a while we tried online learning, with disastrous results. Finally, President Duterte announced that no schools would reopen until there’s a vaccine. “Unless I am sure that they are really safe,” he declared, “it’s useless to be talking about… classes.”

Fortunately, both Isaac and his mom are dual US/Philippine citizens, which gives us other options. So now, as the traditional first day of school grows near, we face a daunting decision; whether to go there or stay here.

In some ways it’s surprising that real-time schooling in the Philippines is on hold, at least in the town where we live. While more than 54,000 have tested positive nationally–of which some 1,400 have died–only 8 were in Surigao City, none of whom ended up in the morgue. And here’s another thing; there wasn’t a child among them. Still, Filipinos, especially in Manila and Cebu, have endured what one foreign newspaper recently described as “the world’s longest and strictest coronavirus lockdown.”

Contrast that to the United States where, despite acing the global competition for highest number of infections, the idea of wearing masks, staying home, and social distancing has literally inspired protests and shouting matches nationwide.

Part of the difference lies in culture. After living under Spanish–and later American–colonial rule for nearly 400 years, Filipinos are not unfamiliar with being told what to do. Besides which, they live in an Asian-influenced culture that emphasizes family and community interests over individual concerns.

Compare that to Americans, who are individualistic, opinionated, ornery, and wild. I should know because, heck, I am one. Which contributes to the dilemma we now face; to go or not to go.

See, President Trump recently urged America’s schools to reopen; a proposition supported by the abundance of evidence showing that children are unlikely to get sick from Covid-19. He even threatened to withhold federal funding from those that don’t comply. As with anything Trump favors these days, however, the issue has now become a matter of heated public debate; and so we wait for the pungent dust to settle.

The decision on whether to open schools ultimately rests with each local school district. While several large districts–including Los Angeles and San Diego–recently announced that their brick-and-mortar facilities would remain closed, we have yet to hear from some of the smaller rural districts, including ours. Other factors will also weigh in on our choice; the levels and locations of lockdowns in the Philippines, availability of tickets and flights, and how soon we can get our new baby’s passport.

All of which is to say that we have no idea what we’re doing.

Fear not, though, we are making excellent use of this precious time; hunkered down and enjoying ourselves, we are watching lots of movies, eating scrumptious meals and, well, even learning a few new skills. Take me, for instance; I am fast becoming an accomplished dancer on Tik Tok.

Want to get Expat Eye delivered to your mailbox every week? Sign up here.

David Haldane is the author of an award-winning memoir called “Nazis & Nudists.” A former Los Angeles Times staff writer, he is an American journalist, essayist, and broadcaster whose radio work received a 2018 Golden Mike from the Radio & Television News Association of Southern California. He currently lives in Northern Mindanao, Philippines, with his Filipino wife and their two children. http:///felixr28.sg-host.com