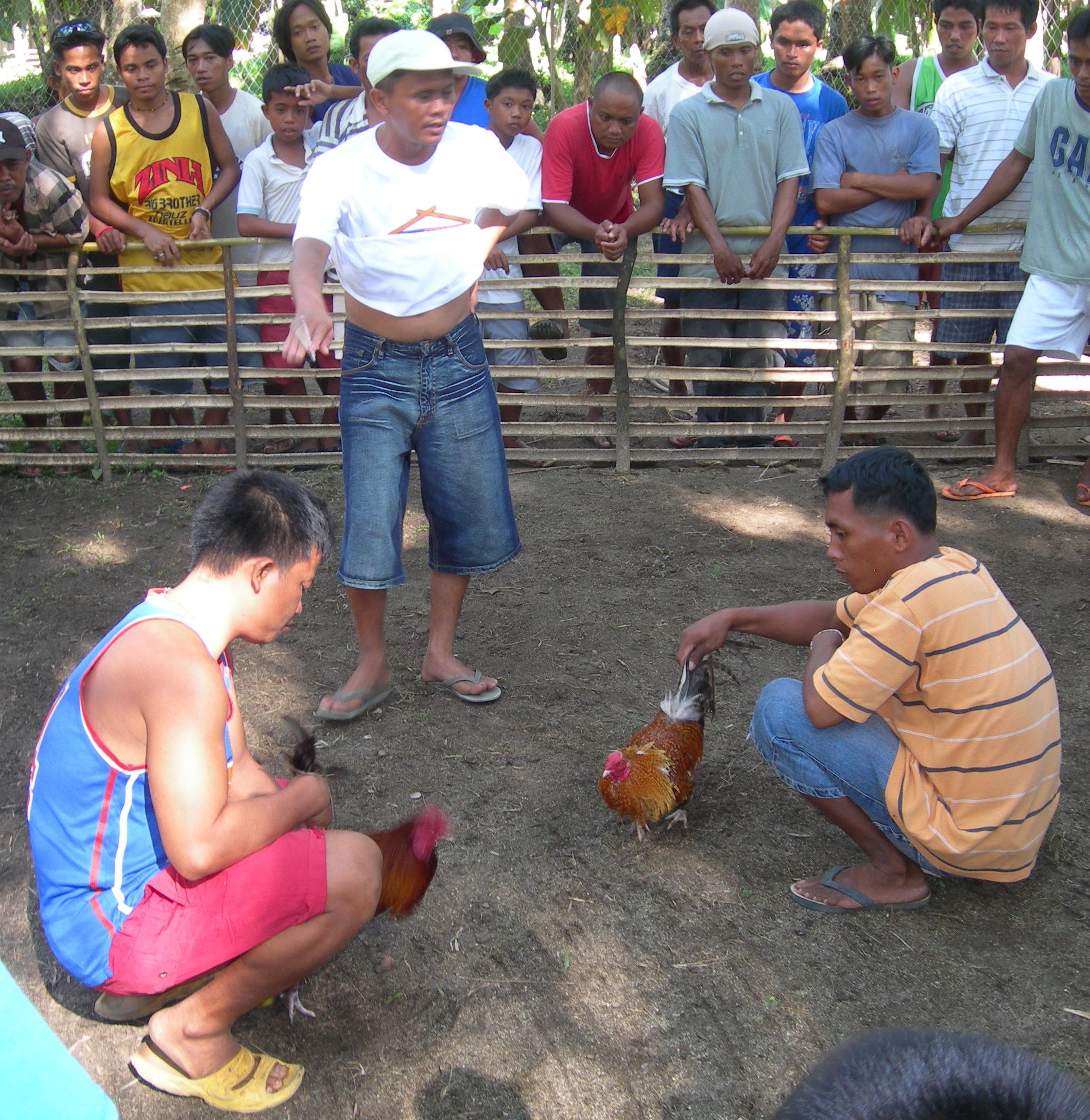 What struck me most was how quickly it ended.

One minute, two healthy roosters strutted about, looking threatening and robust. Then, boom, after a ferocious instant of combat, one lay dead while the other accepted the proud strokes of its master.

Hmm, kind of like life itself, I mused, not for the last time.

We had happened on the scene while driving down a remote road of Siargao Island in Northern Mindanao. The first thing I noticed was a horde of motorcycles parked by what looked like a bamboo hut without walls.

“Hey, what’s going on?” I asked my dear wife who hails from these parts.

“Oh, nothing,” she shrugged matter-of-factly, “probably just a cockfight.”

And so, I found myself needling through a mostly male crowd for a front-row view of this perennial struggle between life and death.

There’s something fascinating about watching a living thing die before your eyes. I’d first noticed it years before at a bullfight in Mexico. There he was, a gigantic fierce-looking red beast trying its best to subjugate the taunting human before him. Everyone knew, of course, the eventual outcome. And yet that big bull never gave up, never wavered, just kept attacking until he could attack no more.

When it was all over and the beast’s bleeding carcass lay humbled in the dirt, I reflected on the gleams of satisfaction in the eyes of every witness. Mexico, like the Philippines, is a poor country where life is difficult and sometimes cruel. Perhaps, it occurred to me, this dramatic re-enactment of the life-and-death struggle inspired in its audience a sense of victory over the deadly forces of nature, the illusion of ultimate human triumph over that which would bring life down.

Philippine cockfights, of course, are different in a major way: one cock survives while its defeated competitor dies. Instead of pitting man against nature, it seems, the cockfight pits nature against itself or—with roosters standing in for people—man against man. Is this, I wonder, a more realistic depiction of life as most of us experience it, populated by winners and losers?

I thought of that recently after reading a dispatch from America where, predictably, both bullfighting and cockfighting are strictly prohibited. Predictable because, in a relatively prosperous country like the USA, average people don’t live as close to the daily struggle for survival as in Mexico or the Philippines and, frankly, don’t like being reminded of it.

The story came out of Jurupa Valley, California, where, according to the Los Angeles Times, authorities raided a cockfight at a private residence attended by more than 200 people, most of whom fled. The renegade homeowner wasn’t so lucky: besides citing him for illegally possessing fighting blades worn by the combatant birds, the Department of Animal Services—tasked with overseeing the wellbeing of non-humans—was pursuing felony animal cruelty charges against this hapless lover of gore.

And what of the 143 roosters they found in his barn?

Those cocks “are bred to be fighting birds,” a spokesman explained, “so you can’t… put them on a farm.” The obvious solution: “humanely” kill all of them, a process that took the whole night.

Too bad those quarrelsome roosters weren’t in the Philippines, where at least half of them would have survived. A more fitting representation, perhaps, of our uncertain lives.

Click here to get “Expat Eye” free every week by email.

David Haldane’s early columns will be collected in an upcoming book, “A Tooth in My Popsicle,” due out in January from Black Rose Writing. A former Los Angeles Times staff writer, Haldane is an award-winning journalist, author, and sometimes radio broadcaster currently dividing his time between homes in Joshua Tree, California, and Northern Mindanao, Philippines, where this column appears weekly in the Mindanao Gold Star Daily.