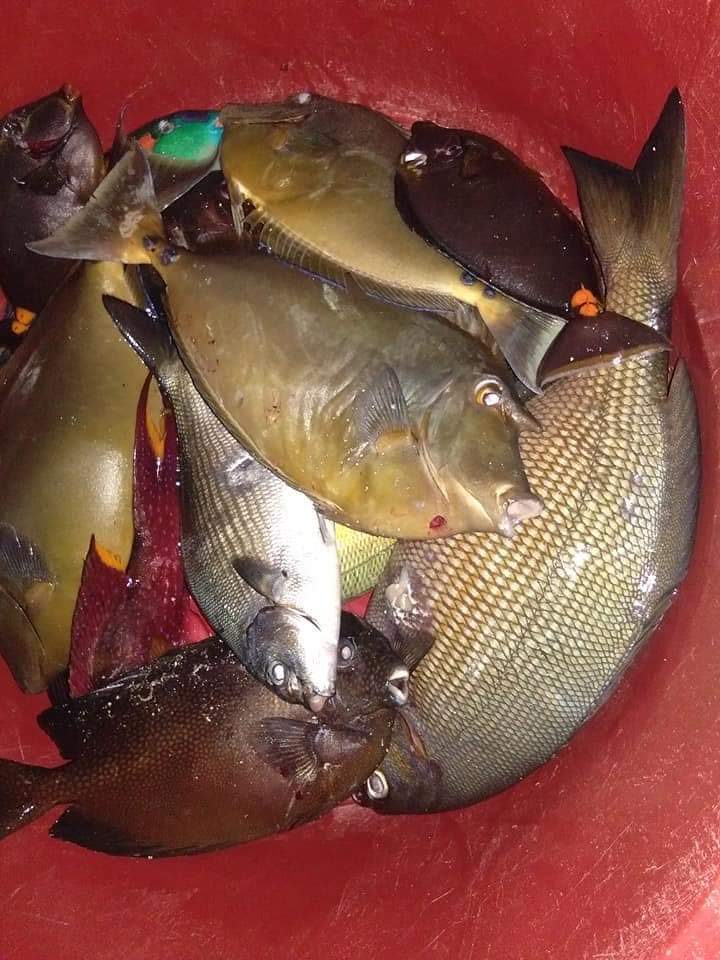 It all started with a fish.

I must have been about seven when my mother laid one on my plate and ordered me to eat. Instead, I threw up all over the table. And that pretty much sums up my relationship to seafood ever since.

Wait, that’s not entirely true; in another life, I was an avid scuba diver who spent weekends and vacations exploring the subterranean worlds of Southern California, Mexico, Honduras, the Caribbean, Florida Keys, Hawaii, Fiji and, yes, the Philippines. To be sure, there were more than a few sea creatures of various colors and descriptions hanging around those places and, yes, I bid farewell to a fair amount of time, money and energy, trying to get close enough to them for a personal conversation. Once in Ensenada, Mexico, in fact, I got close enough to actually shoot one; an act that filled me with such guilt, self-loathing and contrition that I immediately broke the offending spear gun over my knee and never used one again.

I think it was about that time that I began telling people the reason I didn’t eat fish was because they were my friends, but that was a lie. The truth was that I couldn’t eat them because their taste and smell filled me with such overwhelming disgust and iciness that, well, the vomit was sure to follow. Which, naturally, has not made me a very popular dinner guest in Surigao City where locals have a fair amount of pride invested in the quality of their ocean cuisine. I realized what I was up against, I think, the first time I visited the city’s much-touted downtown wet market; a vast expanse of waterlogged wooden tables bearing a greater number and variety of fresh, brightly-colored, slimy, squirming, flopping, gyrating, gleaming, odorous seafood than I had ever seen or imagined possible.

The irony of the situation has not been lost on my Filipino family and friends, whose reactions to my unorthodox culinary habits range from genuine concern for my health, well-being and chances of survival to a kind of bemused bewilderment at the amazing wonders which God hath wrought. Once my wife’s parents, upon learning that I might be staying with them briefly while she was away, reacted with real panic. “But what will we feed him?” they wanted to know. “What will he eat; we have no food!”

Don’t think that I haven’t tried to change. A few years ago, keyed up for a complete renewal of life and spirit, I pitched a piece on altering lifelong habits to a popular American magazine and then, buoyed by a new sense of purpose and professional commitment, forced myself to eat a living – yes, actually undulating like a spiny bowl of Jell-O – purple sea urchin at a Japanese seafood restaurant in Huntington Beach, California. Later my Filipino wife told me that she used to regularly do the same with urchins picked off the ocean floor in her hometown of Pilar, Siargao Island, where, incidentally, the 12th annual International Game Fishing Tournament is set to begin today. Then she’d crack open their shells and scoop the meat out by hand.

In the end, my magazine article was rejected because, according to the editor, “the average reader won’t be able to relate to someone who simply and irrationally hates seafood.” And so, I have returned to my previous habit of surviving on chicken, beef, occasionally pork and, yes, a whole lot of vegetables. And now, save for the freakish anti-seafood fetish that I can’t seem to shake, my life in the Philippines seems almost normal.

Recently I came across a word for the malaise from which I suffer: ichthyophobia, defined by Wikipedia as “fear of fish, including fear of eating fish or fear of dead fish.”
Finally, I have a name to blame. I feel so much better.

David Haldane, a former Los Angeles Times staff writer, is an award-winning American journalist, author and radio broadcaster who recently moved to Mindanao with his Filipino wife and their eight-year-old son. This column tells the unfolding story of that adventure.