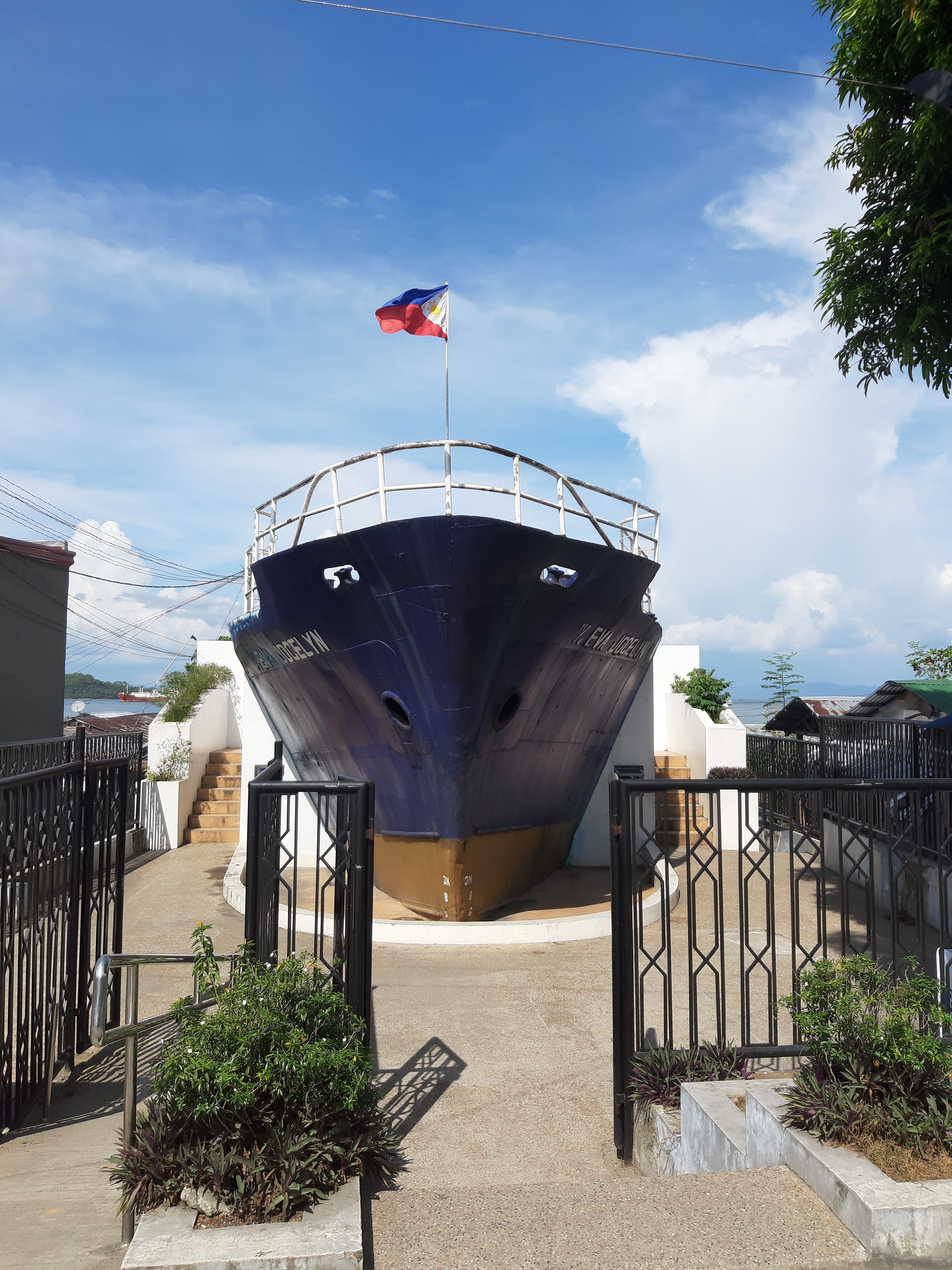 Not too long ago, I stood on the deck of a ship that had killed lots of people.

It wasn’t a military vessel supporting my sandals on those narrow metal planks. As a matter of fact, they belonged to M/V Eva Jocelyn, or what was left of her; a ship that made history on November 8, 2013.

That’s the day that Super Typhoon Yolanda created a storm surge seven meters high, washing the Jocelyn from its mooring in the harbor at Tacloban City, Leyte, into a residential area killing a number of residents. They were but a fraction, though, of the more than 6,300 lives claimed by Yolanda, one of the most powerful tropical cyclones ever recorded and the deadliest in Philippine history.

Today the bow and forward deck of that killer ship sit enshrined near the spot where they ran aground serving, according to an accompanying plaque, as a “reminder of the thousands of lives that perished” that day and marking “the genesis of our advocacy for resiliency and adaption to a new normal that will continue for generations to come.”
I relay this message, not out of morbid nostalgia, but to make a point; that I understand and appreciate how calamitous extreme weather can be. That said, however, let me also add that I experienced a calamity of a different sort upon hearing the speech by 16-year-old Swedish climate activist Greta Thunberg at the recent UN Climate Action Summit.

“This is all wrong,” she said with a level of emotion and anger bordering on hysteria. “I shouldn’t be up here. I should be back in school, on the other side of the ocean…You have stolen my dreams and my childhood with your empty words…People are suffering. People are dying. Entire ecosystems are collapsing. We are in the beginning of a mass extinction, and all you can talk about is money, and the fairy tales of eternal economic growth. How dare you!”

Let me say two things at the outside. First, that I am no scientist. In fact, I find the whole subject of climate change so complicated and confusing that I fear somehow getting it all wrong. And second, that I am no stranger to youthful passion dancing to an extremist tune; I myself wasn’t much older than Thunberg, in fact, when I joined a Marxist organization calling for the end of capitalism “by any means necessary.” The reason socialism had never succeeded, we argued, was that our brand had never been tried. At one point I was so convinced of the imminent advent of the second American revolution that I even stopped paying off my student loan, a decision I came to regret.

The difference between me and Thunberg, of course, is that while she is a media darling delivering lectures to the world, I was seen as a long-haired freak with barely a high schooler’s understanding of economics. Which is, of course, probably the most accurate description of this young Swede’s grasp of climate science.

Here’s the thing; the average 16-year-old will believe pretty much anything you tell her provided it’s presented correctly and with a sufficient force of emotion. In truth, though, the debate over climate change (and there still is one despite what some activists claim) is far more nuanced than even many adults can comprehend. By now, I think, most of us understand that something is, indeed, happening with the climate. Still somewhat hazy, though, is to what extent it’s been created by humans as opposed to being part of a natural cycle, whether it could actually create the kind of doomsday scenario that activists like Thunberg are so fond of predicting and, most importantly, what, if anything, can – or should – be done about it.

It is unfortunate that so much of this sorely-needed conversation is taking place in a politically-charged atmosphere in which one’s “position” on climate change is driven more by ideology than by science. And it is regrettable, indeed, that a confused and frightened teenager convinced by her elders that the world is about to come to a screeching halt has been thrust into the position of significantly moving that discussion in one particular direction.

Let us certainly never forget the message and warning of the shipwrecked Eva Jocelyn. But let us also resist the voices of hysteria that can do nothing but cloud that memory and distort our good judgment in the difficult days yet to come.