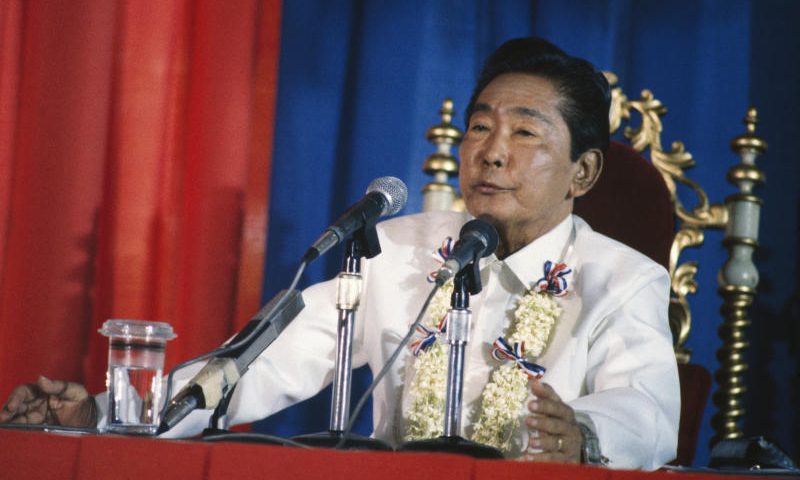 When I was a college student in Southern California, the name Ferdinand Marcos evoked visions of hell.

Wasn’t he the guy who ruled the Philippines with an iron fist, brutally murdering all in his way? Hadn’t he canceled elections to maintain his ruthless regime? How could anyone in their right mind support such an awful authoritarian?

Which is why it shocked me to learn, decades later, that my Filipino wife’s parents, who lived under his reign, thought Marcos was just fine. “He put rice on our table,” declared my father-in-law, a rice and coconut farmer from Northern Mindanao. “He was good for the country.”

A recent column in The Manila Times helped me understand.

Headlined “Morals and values in politics,” the essay reports the results of a survey asking Filipinos what they look for in a candidate. The highest-rated attribute was trustworthiness, followed closely by good morals and values. Yet, when asked specifically why they were voting for the candidate of their choice in the upcoming presidential election, the two reasons cited most often were experience in government service and record in helping people.

“For Filipinos,” the article’s author, Antonio Contreras, explained, “trust is something that one bestows on a person based on a relationship that is established not along moral or ethical grounds, but along familiarity, affinity and utilitarian grounds. Trust is not just reserved for those good people who are moral and ethical but given mainly to people who are familiar or from where some form of reward or function is derived.”

In other words, while Filipinos admire trustworthiness and good moral values in the abstract, they vote for efficiency and action.

The same dichotomy is even more evident in the West, where opinions are more sharply divided. This was especially apparent during the recent presidency of Donald Trump, certainly the most divisive in my lifetime. Those who opposed him generally expressed their opposition in moral terms. Trump, they insisted, was racist, selfish, authoritarian, stupid, or in some other way morally deficient. Trump’s supporters—aside from the relatively small coterie of cultish followers for whom he could do no wrong—focused more on what they perceived as his achievements. Sure, they argued, Trump may be foul-mouthed, obnoxious, off-putting and self-absorbed, but he also presided over the best economy in decades, laid the groundwork for a lasting Middle East peace, secured the southern border, fast-tracked the COVID vaccines, and kept the country out of war.

A recently published book offers a classic contrast between those conflicting views as they relate to the Philippines. Entitled “Concepcion,” the memoir traces the migration of a Filipino family to California in the larger context of their native country’s colonial past and their adopted country’s imperialist history. In it, author Albert Samaha—born in the US and now serving as Inequality Editor (whatever that is) at BuzzFeed News—argues incessantly with his mother, Lucy, whose family roots lie, yes, in Mindanao. While Lucy gushes over Trump, Samaha—who passionately hates him—fumes over what he describes as his mother’s “impenetrable fortress of circular logic.”

Which reminds us that Philippine President Rodrigo Duterte—who also hails from Mindanao and shares many of Trump’s values—has enjoyed consistently high approval ratings in his country while Trump’s ratings faltered badly in his. The obvious conclusion: that, at least for now, the eternal struggle between values and actions has, in the US anyway, been decided in favor of values. Trump is no longer president.

In the Philippines, that jury is still out.

Perhaps it’s no accident that one of the prime contenders for the soon-to-be-decided presidency is none other than the son of the man my in-laws once credited with putting rice on their table. Will he join Trump as yet another symbol in the panoply of perceived values rejected on their face or become the new embodiment of bold actions willingly embraced?

As is true of so much these days, only time will tell.

David Haldane’s colorful memoir, “Nazis & Nudists,” recounts growing up in countercultural California to eventually find a wife in the Philippines. A former Los Angeles Times staff writer, he is an award-winning journalist, author and radio broadcaster currently dividing his time between homes in Joshua Tree, California, and Northern Mindanao, Philippines, where this column appears weekly in the Mindanao Gold Star Daily.