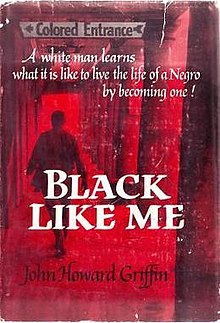 The scene had played out so often that it was almost becoming routine.

One of our household employees, a striking young woman who hadn’t been with us long, walked in on me unexpectedly in the kitchen. “Hello Sir!” she said, snapping to attention before bowing obsequiously as if in the presence of royalty. Then, avoiding eye contact altogether, she quickly slipped away. As always, the encounter left me uncomfortable. But it also provoked a reflection on what it means to be a foreigner in the Philippines.

Back in the US where I come from, we pride ourselves–at least in the last sixty years or so–on living in a society that’s essentially egalitarian. Some, I’m sure, would disagree considering recent events surrounding the well-publicized death of a black man in police custody. That said, however, what egalitarianism means to most Americans is that discrimination based on race, creed, or nationality is not only frowned upon, but often illegal. And that Americans don’t believe in caste; even if you’re wealthy enough to hire helpers, they remain your employees and never your servants.

Here in the Philippines, it’s different. For starters, this is a heavily Asian-influenced culture obsessed with politeness and respect towards those it deems worthy. Anyone who’s older, professional, wealthy, or powerful gets assigned a higher status. And foreigners, rightly or wrongly, are often included in that group, especially–and this touches on a sensitive subject–if they happen to be white.

There are historical reasons for this. For much of its history, foreign colonial powers whose representatives frequently sported light skin occupied and dominated the Philippines. In a modern “Stockholm syndrome,” it seems, many Filipinos—especially in the wake of World War II—feel a kind of kinship with white Americans. All of which brings us to an uncomfortable question; as a white man living in Southeast Asia, am I the unwitting recipient of what my “woke” countrymen back home would call “white privilege?”

The most obvious answer is yes. Filipino strangers have literally stopped me in the streets to pose with them for pictures. Stores here routinely stock their shelves with competing skin-lightening products. And often, for no apparent reason, I am treated like a visiting celebrity.

As with most things in life, however, the situation is more complicated than meets the eye. Stores back in my home state of California stock their shelves with products designed to make white skin look dark. As a foreigner in the Philippines, I may not own land or take part in public protests. And because people invariably assume that I’m rich, prices go up and I’m frequently expected to pick up the tab.

I’ve also noticed how quickly respect can turn into scorn. A recent column told the unhappy tale of a foreigner in Makati who mouthed off to the local police. Within hours, a powerful senator denounced him and prosecutors charged him with a crime. And had the man not fled the country voluntarily, I’m sure they would quickly have deported him.

The moral is that respect goes both ways; one must give in order to receive. Nowhere have I found that truer than in the Philippines. And the longer one stays, the easier it gets.

So what does all this say about so-called white privilege in America? First, to the extent that it exists, it is far more subtle there than it is here. So subtle, in fact, that I have never been aware of it even nodding in my direction. When I recently told that to an American friend, she responded with a challenge. “I will accept that you truly don’t believe that systemic racism exists,” she said, “if you can honestly say that you wouldn’t mind being black.”

The conversation reminded me of a book I read years ago called Black Like Me by a white journalist who darkened his skin to spend six weeks touring the racially segregated southern United States as a black man in the late 1950s. The book draws a dire picture of the racism in that era, describing, for instance, his difficulty in finding available public restrooms and the familiar “hate stare” from unfriendly whites.

But that was a different time, before the Civil Rights Movement of the 1960s wreaked profound—and lasting—changes in American life. Would I mind being born Afro-American in 2020? All other things being equal, I can honestly say that I wouldn’t. Ahh, but there’s the rub; would all other things truly be equal? My friend, I’m sure, would argue that they wouldn’t.

OK, so what about being born a Filipino? That, perhaps, would be easier but only on one condition: that I could finally bear the foul odor of stinky fried fish and learn to like the smell of Durian.

Give me that and we might have a deal.

Want to have Expat Eye delivered to your mailbox every week? Sign up here.

David Haldane is the author of an award-winning memoir called “Nazis & Nudists.” A former Los Angeles Times staff writer, he is an American journalist, essayist, and broadcaster whose radio work received a 2018 Golden Mike from the Radio & Television News Association of Southern California. He currently lives in Surigao City with his Filipino wife and their two children. http:///felixr28.sg-host.com