It’s not as if we don’t have other things to do. There’s cooking, washing the clothes, taking Isaac to school, going shopping, visiting friends. But lately, when not occupied with some other regular or necessary task, we’ve taken to spending our time in a new and unfamiliar way; I call it watching the paint dry.

If you’re wondering what paint looks like drying, well, you’re right to wonder; it doesn’t look like anything. And that’s the point; as we sit in the basement ostensibly watching our new house growing up around us, we sometimes feel as if we’re living in a state of suspended animation. Nothing moves. Nothing changes. For days, sometimes weeks. The truth is, there are times we suspect that the paint has already dried, and we just don’t know it.

Several weeks ago, we had a “come to Jesus” meeting with our engineer who, it must be said, we hold in very high regard. “Friend,” we told him, as gently as we could, “it’s beginning to seem like we’ll be living in the basement with the ants for years. We don’t want to spend even one year living with the ants, is there anything you can do?”

He nodded earnestly in understanding and agreement, and immediately went off to have a conference with the foreman. And for a time, indeed, it seemed that the pace of the work picked up and, perhaps for the first time, we could actually see some focus.

Then I spent three days in the hospital being treated for a nasty intestinal amoeba,(link to story) followed by an immediate week-long sojourn to Siargao Island for the fiesta. On the boat ride home, Ivy and I fantasized about what we would find. “Maybe the house is finished!” she joked in anticipation. “Perhaps we can finally move into the bedroom.”

Imagine our disappointment when, upon arrival, we observed that the place – save for a random detail here and there – looked pretty much exactly as it had when we left. Suffice it to say that that evening’s paint-watching was particularly hard.

It’s not that they’re lazy. We hear them every day pounding, sawing, mixing cement and hammering nails. It’s just that we don’t know what they’re doing. While one guy is painting arches, another is digging a trench in the yard. To be fair, for the most part, the work done so far has been of high quality. And every once in a while, we see a major breakthrough; the house actually has glass on all its windows now, and the long-awaited generator has finally been installed. Generally, though, the progress is agonizingly slow as we watch each chip of paint crystallize into its final form.

A Filipino friend with experience in such matters suggests that we lock all the workers in one room and not let them out until the room is done. “That way,” he says, “you force them to focus.”

We are, in fact, considering it.

As we enter the third year of construction and third month of occupancy, however, we are trying to get some focus ourselves; especially on ways of living with this achingly slow pace of progress. Perhaps we need to start thinking of it as a kind of Zen. Instead of watching the paint dry, we need to embrace its wetness. Instead of banging our heads against an imaginary wall that we wish was there but isn’t, we need to stop envisioning the wall altogether and flow with the state of limbo that has become our lives; the endless lethargy in which down is up and up is down and all other directions are the same.

Or… we could schedule another evangelical revival meeting with our esteemed engineer to set some deadlines. First one: getting out of the damn basement. 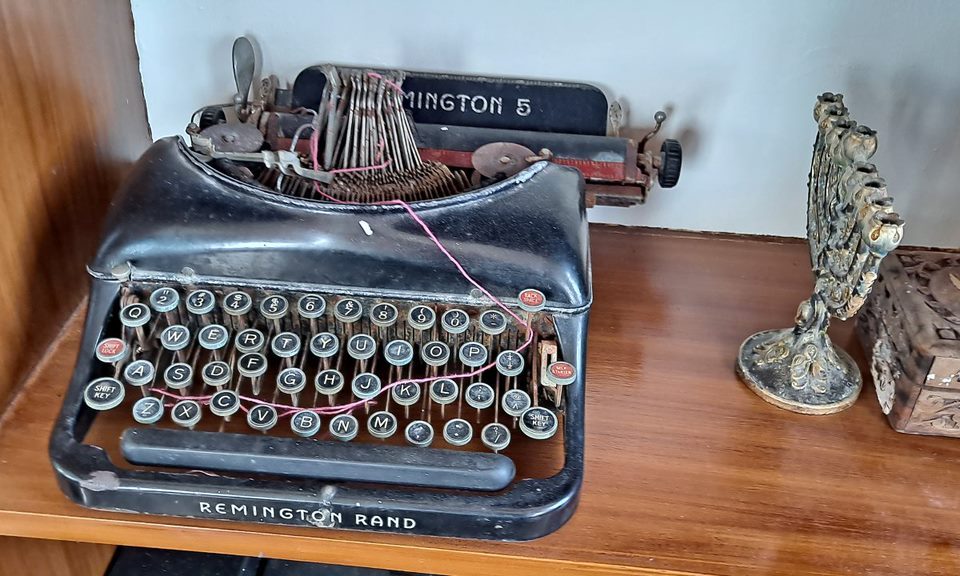