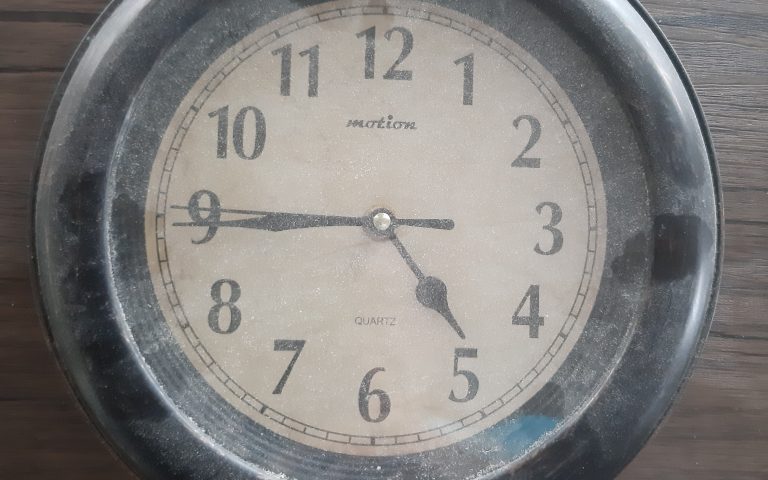 For the longest time, it seemed like forever. Then suddenly forever arrived.

It was just about a decade ago that we first thought of moving to the Philippines. One day, after twenty-three years as a Los Angeles Times staff writer, I arrived at work to hear my boss say, “Let’s take a walk.” It was a long one, down a corridor traversed many times before en route to the company cafeteria. This time, however, the destination was different; the Human Resources Department, a fact that dawned on me only gradually as it began drawing near.

“You know that these are hard times for newspapers,” my boss said, “and today is especially hard for the Times.”

When it hit me, it felt like a punch in the gut. What he was saying, I realized with a jolt, was that while the day would certainly be hard for everyone at the newspaper, it would be especially hard for me. Plus a few dozen others. More specifically, it would be a hard day for those who, by its end, would no longer have jobs at the Los Angeles Times.

It was several hours before I had the courage to tell my wife. By then she had been in the USA just under five months, and we had been married for just under three. How do you tell someone who’s left everything behind for a new life abroad that the new life is now uncertain? And that the man she married as David Haldane of the Los Angeles Times is now just David Haldane? Perhaps more to the point, how do you tell it to yourself? In other words, just who was I now that I was no longer the man who I was?

It was while staring into the abyss of those eternal questions that the new idea was born; why not, we fantasized, chuck it all and start anew? And why not do it in the land wherein Ivy too had been born?

And so, we began. Eventually I got a new job, though not as good as the old one. Ivy too went to work as soon as she could. And then, in what can only be described as traditional American fashion, she worked, studied and clawed her way up until a fairly good job became an outstanding career.

I, on the other hand, went the other way. My career had already peaked, so when our son was born in 2010 I started winding it down. I announced my retirement to become a stay-at-home-dad. Then, a few years later, signed up for social security and started drawing my pension.

It was around this time that forever began. We sold our house in Long Beach, California, bought a cheaper one in a less-expensive part of the state and used the equity to start building a new home abroad. And while Ivy concentrated on earning as much as she could, I held down the home front and prepared for our transcontinental move. Though we still had lots to do, it seemed like we had forever to do it. But then the end of forever slid alarmingly close.

We are now eight weeks from moving day and suddenly I’m in a panic. To be sure, keeping our California house will make things easier. We won’t, for instance, be disposing of any furniture or making painful decisions regarding what to keep. Nor will we be smothered by enormous shipping bills.

Still, there are many things to do. In the next two months, for instance, we must re-organize our finances, dispose of our car, teach someone to service the spa and, well, pack for the rest of our lives. Not to mention, of course, get our documents in order and bid farewell to our friends. When I lay it all out, it doesn’t seem like much. And yet, I’m enveloped in dread.

For what is approaching, I think, is a kind of death; the demise of an old life and the birth of a new. Like any reincarnation, it is both scary and exciting. Above all, though, it is real, because the time has grown so short.

In the end, that’s the trouble with time. It sneaks up on you, stealthily like a snake. And if you’re not very careful, it will bite you in the behind.