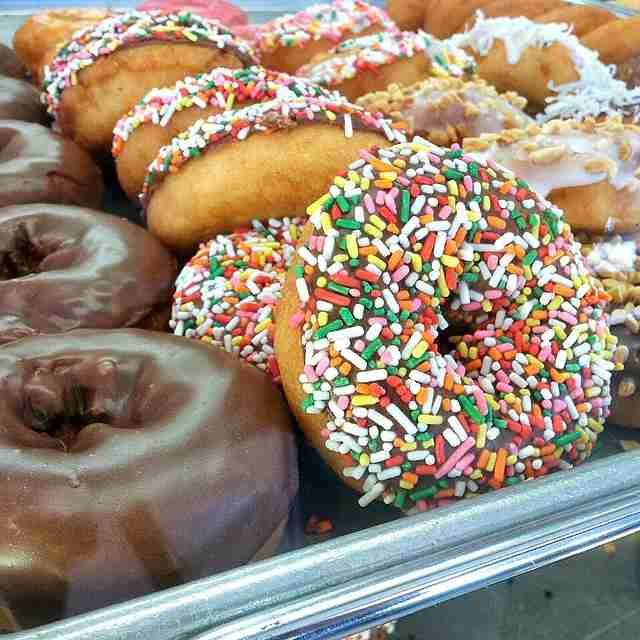 I first met him on the balcony of his California mansion.

The year was 1988, and Ted Ngoy had a remarkable story to tell. A native of Cambodia, he had arrived in the US as a penniless refugee just a few years before. Now he was the multimillionaire owner of a chain of doughnut shops stretching up and down the state. And the hundreds of relatives and countrymen he’d set up in shops of their own had transformed California’s doughnut trade into one completely dominated by Cambodians.

“Meet the Cambodian doughnut king of California,” I wrote in a subsequent Los Angeles Times feature under the headline “A Real Horatio Alger Story: Refugee Built Empire on Doughnuts.”

The moniker stuck. And last week several theaters and virtual cinemas nationwide released a 90-minute film by that name chronicling the erstwhile refugee’s rise to the top. “In the documentary ‘The Donut King,’ Alice Gu traces the mercurial arc of Ngoy’s American dream,” the New York Times reported in its review.

The film is both inspiring and painful to watch. In it, Ngoy—a former military officer—arrives with his family in 1975 after barely escaping the brutal communist holocaust that killed nearly 2 million Cambodians, about a fourth of the country’s population. Eventually the family gets adopted by a Tustin church, where Ted earns their keep by working as a janitor and pumping gas. One night a coworker at the gas station brings him a doughnut and, Voila! Ngoy’s life experiences a magical transformation. He enrolls in a management training class, becomes a Winchell’s Donuts franchisee and, later, opens a shop of his own.

Eventually the immigrant entrepreneur owns dozens of doughnut shops from San Diego to San Francisco. But not only that; he also bankrolls innumerable relatives and countrymen, starting a trend ultimately resulting in 80% of California’s plethora of doughnut shops being owned by Cambodians.

The tale is the quintessential American success story, bolstered by Ngoy’s refugee status.  “The United States is a country built by immigrants,” former President Gerald Ford says in the film, echoing America’s longstanding promise to the world’s “huddled masses.”

That promise, as anyone who follows current events knows, has been the subject of some debate since 2016 when President Donald Trump took office vowing stricter enforcement of the nation’s immigration laws. As has the very question of American capitalism’s long-term veracity during the recently concluded Democratic and Republican presidential campaigns.

In the end, Ngoy—like others before him—succumbed to the darker flip side of that capitalist promise; a fierce greed that, in his case, led to an uncontrollable gambling addiction. In due course, it consumed his entire fortune, including the lakeside mansion in which he first shared his story. Finally, the former refugee and his wife returned to their native country where they eventually got divorced.

But the film ends on a more positive note; the doughnut king’s triumphant and nostalgic return to California for a reunion with his grateful beneficiaries. “I am very happy,” Ngoy told me in 1988. “America is a miraculous country.”

Which is the overriding theme of this wondrous film bearing the quirky title bestowed on him first by myself and, ultimately, by a doughnut-craving nation.

David Haldane’s upcoming book of short stories, “Jenny on the Street,” is due out in January. A former Los Angeles Times staff writer, he is an award-winning American author, journalist and radio broadcaster whose 2015 memoir, “Nazis & Nudists,” was a finalist in that year’s New Voices Indie Book Awards. Haldane lives in Surigao City with his Filipino wife and their two children. http://felixr28.sg-host.com.