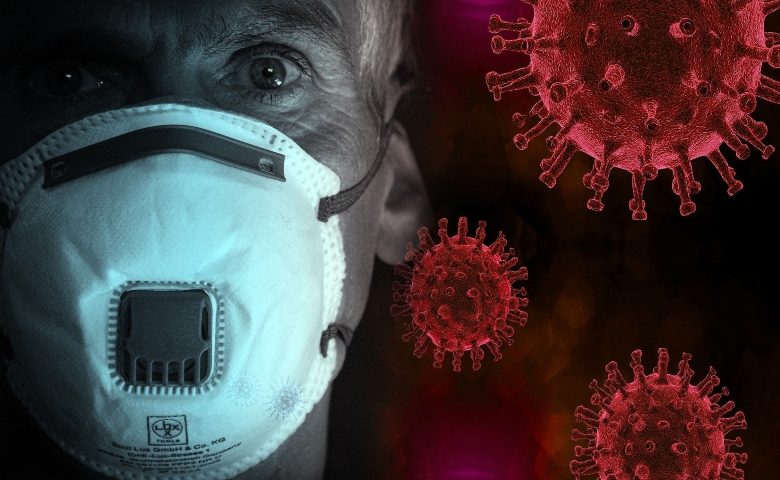 The meeting was awkward.

It involved three grown men standing on the sidewalk of a public park. One of them was me; the other two were long-time friends. The occasion was a reunion we’d planned in the Northern California city of Concord, to which one of us had recently moved. But there was a hang-up; the guy who lived there felt too much fear to meet inside.

“[It’s] a Covid nightmare,” he’d said of a nearby restaurant which, we’d been told, enforced adequate safety measures. All our other suggestions—including his own home—had evoked similar expressions of disdain. Which didn’t surprise me as our friend had earlier confessed to also being afraid to work even though his employer was open for business.

And so we met in the park, standing six feet apart like shifty criminals wary of being overheard. It reminded me distinctly of an afternoon I’d once spent in East Berlin back when it was under Communist rule and its residents spoke in whispers.

Believe me, I understand the fear. Night after night we are bombarded with statistics on all the new coronavirus cases, both locally and worldwide. Newspapers run page after page of stories featuring photos of those who have died. And regularly, members of the new medical clergy—people like Dr. Anthony Fauci—harangue us about staying home to stay alive.

What we hear far less often, unfortunately, is the reassuring fact that 99.4% of those infected will probably survive, often without even being hospitalized.

In a column six months ago, I wrote of my growing alarm regarding “just how quickly and easily the world’s population has been cowed by fear.” Nothing since then has allayed that concern; in fact, it has grown exponentially. A recent edition of the Wall Street Journal featured an article quoting Andrew Cuomo, the governor of New York, speaking to members of New York City’s orthodox Jewish community who have since sued him for banning their religious gatherings.

“This is not a highly nuanced, sophisticated response,” the governor told them. “This is a fear-driven response. You know, this is not a policy being written by a scalpel. This is a policy being cut by a hatchet.” Later he made a candid—and astounding—confession. “It’s not the best way to do it,” Coumo admitted of his harsh lockdown policies, but “the virus scares people. Hopefully… the anxiety comes down.”

Left unsaid is that it’s Coumo and his ilk—supported by mass media—who most vigorously and enthusiastically fan the flames of that anxiety and fear. So much, I guess, for science.

Fortunately, some tiny beams of light are beginning to pierce that otherwise dark horizon. A few weeks ago, after spending three nights at Walter Reed Medical Center being treated for COVID-19, U.S. President Donald Trump emerged to reassure the American people. “Don’t let it dominate you,” he urged, regarding the coronavirus. “Don’t be afraid of it. There’s a danger, but that’s ok. Don’t let it take over your lives; you’re going to beat it.”

Trump’s critics immediately seized upon the remarks as further evidence of his downplaying the virus by refusing to take it seriously. For me, though, there was a different message hidden between the lines; Trump’s own clumsy way, perhaps, of mimicking the words of another president delivered nearly nine decades ago.

“The only thing we have to fear is fear itself,” Franklin D. Roosevelt said on the cusp of World War II in an utterance now inscribed in the lexicons of American history.

My fondest hope is that it also be inscribed in the hearts of those now trembling worldwide.

(David Haldane authored the award-winning memoir, “Nazis & Nudists.” A former Los Angeles Times staff writer, he is an American journalist, essayist, and broadcaster whose radio work received a Golden Mike from the Radio & Television News Association of Southern California. He lives in Surigao City with his Filipino wife and their two children. http:///felixr28.sg-host.com)