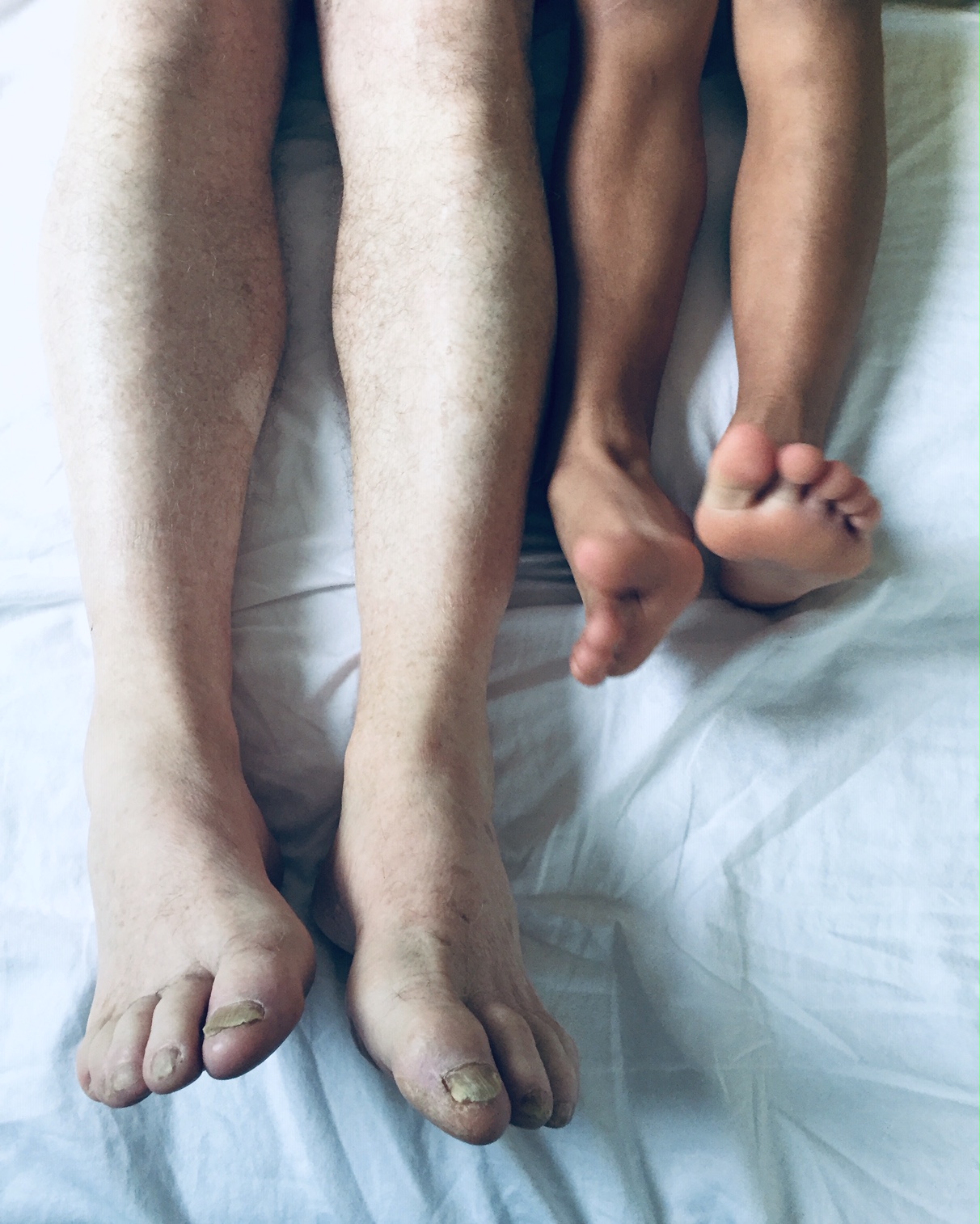 This morning I awoke with a foot in my mouth.

It wasn’t the first time; in fact, it’s been happening for years. And all because of a Philippine custom to which I’ve been forced to adapt.

I’m speaking, of course, of the deeply-held belief that children should share their parents’ bed until, well, they have a bed of their own. Which could happen after marriage. Or, as in my wife’s case, when they finally go off to college.

The custom bears little resemblance to that of my own native country, the United States, where parents actually pride themselves on how quickly they can launch their little ones on the path to independence. I still have painful memories, for instance, of the sleepless nights I spent listening to the woeful wails of my three-month-old daughter when we first consigned her to a room of her own.

“Geese, maybe I should go get her,” I suggested imploringly to my then-wife, an American like me and the baby’s mother.

“No,” she said, “just let her cry and eventually she’ll stop.”

Eventually she did and, as far as we know, our little girl – now 35 – hasn’t turned out to be a serial killer.
In the Philippines it’s different, something I should have detected immediately upon meeting the woman who now shares my bed. That was on Siargao Island, where – at her behest – we had hastily retreated to the house of her parents. Our first night together was a decidedly family affair with Ivy and her two sisters resting on the only bed, her parents and brother at its foot and me on the floor next to her, barely close enough to grab a hand. And that, with some variation, pretty much describes our life ever since; the place previously occupied by her sisters now belongs to our eight-year-old son.

I realize, of course, that some of this is driven by economics. Unlike America, where average families occupy several bedrooms with an adjoining garage, in the Philippines much larger families often, by necessity, all sleep in one room. What’s interesting, though, is how the custom persists even when the economics change; Ivy, from the minute our son was born, insisted on keeping him close.

For a while I objected, setting a series of deadlines for our little boy’s emancipation. But they always came and went. Then one day my wife said something that somehow struck a chord. “Honey,” she said, “he’s not always going to want to sleep with us.”

As you probably have guessed, the end of always has not yet arrived. To some extent, I have made peace with it. There are nights when I actually enjoy the little body between us in bed; the warmth and comfort of our family togetherness. I have reluctantly learned to share the TV remote with our younger nightly companion. And on nights when the little guy falls asleep early, well, Ivy and I have perfected our own brand of intimacy by stealth.

But then there are those legs. Like a night-crawling spider, he can’t seem to keep them organized, spreading the unruly appendages across the wide expanse of our nocturnal space. Sometimes it feels as if he has eight limbs rather than two; it’s no wonder that his favorite character is Spiderman.

And so, this morning I found that foot in my mouth. For a time, I lay in a sort of stupor contemplating once again the sacrifices we make for love across the great divide of cultures and nations. Then, pulling those foreign toenails from the cavern in which they had found their comfort, I shoved them back toward my unconscious wife and turned away for a little more sleep.

Only ten more years until he leaves for college.