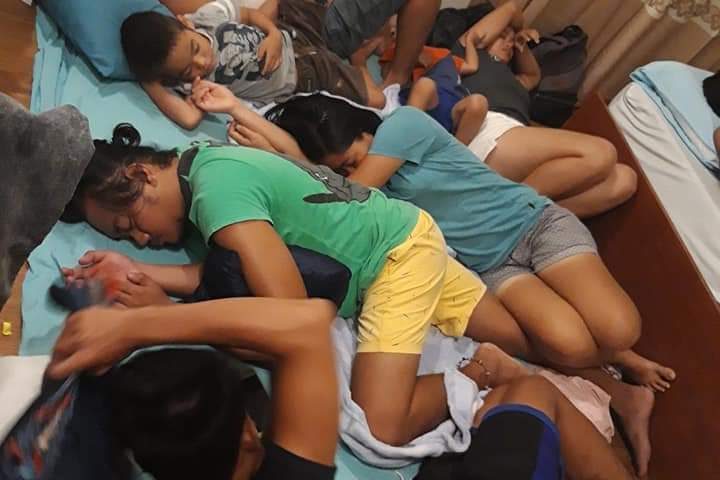 My seventieth birthday came like a thief in the night. Instead of robbing me, though, it left me with riches. And now I am a man who is counting his blessings.

The day began in the pre-dawn darkness with a choir of young Filipinos serenading outside my bedroom window before handing me a dozen roses. It ended more than twenty hours later in an energetic living room dance reminiscent of the days when disco was king. Set between those two bookends was a lovefest the likes of which I seldom have seen.

See, where I come from seventy is old. So old that, as a young man, I could hardly imagine ever reaching that age or, if I did, that life somehow would still be worth living. So old that when my own father died at 72, I honestly felt that he had lived long enough. So old that sometimes, I must admit, I secretly scoffed at 70-year-old men walking hobbled with canes.

But I no longer live in America, and here in the Philippines it’s a whole different story. Here, the native language itself is laced with titles of respect automatically bestowed on someone whose age outranks yours ranging from older siblings to aunts, uncles, parents and grandparents. When a Filipino child approaches an adult, he customarily touches the older person’s hand to his own forehead in blessing. And though official legal senior status is available only to Philippine citizens, I’ve never yet been asked for an ID when standing in the much-shorter elder lines at local fast-food restaurants.

What it comes down to is this; in my newly-adopted country, age is respected rather than scorned. I had, of course, long been told of the general Asian deference toward age. But hearing of it and experiencing it firsthand are quite different things, especially when the elderly person being respected just happens to be you.

So how did all this translate at my recent birthday bash? The setting, of course, was our new home overlooking the ocean in Surigao City where the party had begun the night before with the arrival of twenty relatives from Siargao Island. As usual, they all slept on the floor in a writhing mass of legs, arms, torsos and heads. The next morning, while some set about decorating the place with balloons and fancy table cloths, others undertook the task of mounting a huge poster bearing several likenesses of yours truly over the caption “Happy 70th Birthday, David Haldane.”

“You look so handsome!” gushed one 19-year-old niece.

Needless to say, by the time the guests began arriving later that evening the drinking had long since commenced.

The caterers later said that they ran out of food after loading 150 plates. And lest there be any lingering doubt, let me just say this: that not once – even for a split second – did I ever feel old.

In a conversation about aging earlier that day, my 36-year-old wife had said, “I look forward to it. I can hardly wait for the time when I have all that knowledge and all that experience.”

And therein, my friends, lies the essential Philippine attitude toward getting old; rather than dreaded, it should be met with embrace. Pretty wise for such a young-thinking country. And not a bad place for an old guy like me.

A former Los Angeles Times staff writer and winner of a 2018 Golden Mike award in radio broadcast journalism, David Haldane fell in love with the Philippines on his first visit there in 2003. A few visits later, he also fell in love with the beautiful young Filipina to whom he is now married and, with whom, he has returned many times. David has written extensively about his experiences in the Philippines for several publications including Orange Coast and Islands Magazine. Today he and Ivy, along with their eight-year-old son, Isaac, divide their time between homes in Joshua Tree, California, and Surigao City, Philippines. His award-winning memoir, Nazis & Nudists, recounts, among other things, the courtship of Ivy and finding a place to call home. For David that turned out to be at the tip of a peninsula marking the gateway to Mindanao where he and Ivy are building their dream home next to a lighthouse overlooking the sea. This blog is the chronicle of that ongoing adventure.