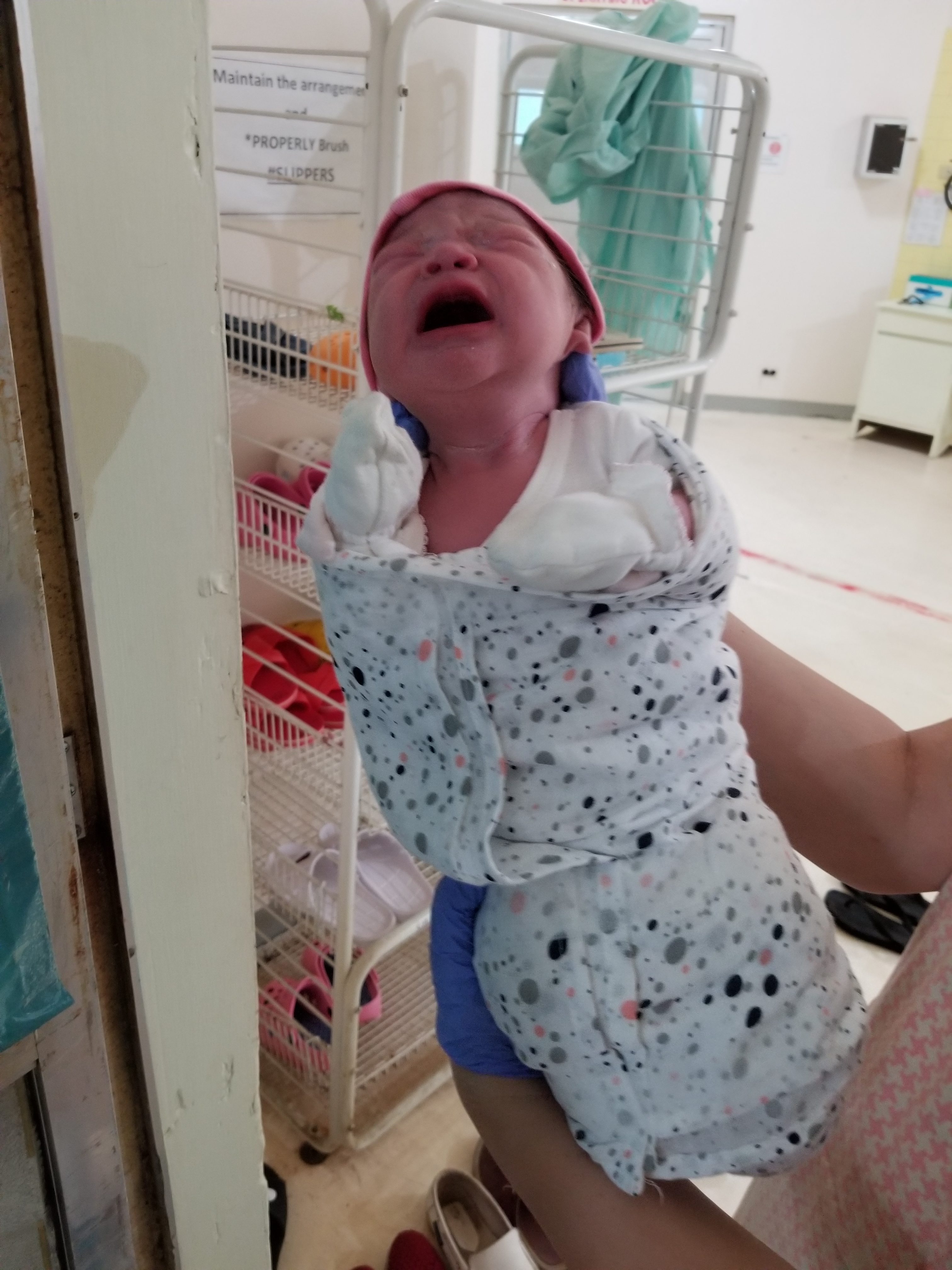 The first time I felt a moment of relief was when they asked for the measuring tape.

Before that, I was literally pacing the halls just like all the nervous soon-to-be-fathers who serve as the butts of everyone’s jokes. “Is this your first?” a sympathetic male nurse inquired kindly as I glided past his station.

“No,” I mumbled through my tight-fitting facemask, “just the first that I’m not in the delivery room for.”

The truth is that this was my fourth child, the first two being from a previous marriage. But all three of those predecessors were born in America where pesky husbands are generally welcome to oversee the proceedings from inside the delivery room. Which meant that I was way too focused on keeping my lunch down – especially during the most recent delivery performed by Caesarian section – to be pacing any halls.

Until now. This experience was different in three major ways. First, we were in the Philippines which has far less tolerance for the emotional needs of bothersome husbands. Second, this was a planned C-section chosen by us to avoid the painful 24-hour labor of the past and opt for a quick tubal ligation in the bargain. And, finally, we were in the middle of the Clovid-19 pandemic during which, I’m told, even many otherwise liberal hospitals in the U.S. are closing their birthing rooms to anyone deemed nonessential.

So there I was, pacing the halls, when a nurse came out from behind those solid double doors and asked for that measuring tape. Whoa, I thought, this has to be good news; they finally have something to measure. A few minutes later we could hear the muffled-but-unmistakable cries of a baby from behind those same double doors and then, voila, out came another masked male nurse holding a – white towel bearing two bloody red globs of flesh?

Oh my God, I thought as my heart leapt into my throat, is this all that’s left of the mother? Sensing my distress, the nurse spoke very quickly. “These are your wife’s Fallopian tubes,” he explained, “there’s the left and that’s the right. We took them out, so she won’t have any more babies.”

This was no surprise, of course; having her tubes tied had been a mutual decision. And yet, despite all that, I couldn’t help but feel a pang of regret. It disappeared quickly, however, as almost immediately those great double doors swung open a third time and out pranced yet another nurse holding a screaming little ninny.

“Congratulations Mr. Haldane,” she said, just like in the movies, “you have a healthy baby girl.” Like every parent whose ever lived, of course, my immediate reaction was that she was the most beautiful baby I’d ever seen. My only regret then was that the bothersome black anti-coronavirus mask sticking to my face would hide the width and depth of my smile.

As is the custom in this country, I spent the next several nights – the duration of my now-somewhat-lighter wife’s hospital stay – sleeping on a cot next to her bed. As is my custom, I also took a moment to bond with my new baby daughter.

Holding her in my arms, staring into that round little face with those half-closed eyes the color of her mom’s, I experienced the familiar moment of wonder that I have felt with each of my four children. It is hard to describe but let me just try. It is the closest I have ever come to what I imagine to be ecstasy; a bittersweet moment of awe at the miracle of life itself, the wondrous ways in which God and nature hold hands to create the unimaginable.

A good thing to hang onto, I think, in these dark and uncertain times.

David Haldane is the author of an award-winning memoir called “Nazis & Nudists.” A former Los Angeles Times staff writer, he is an American journalist, essayist and broadcaster whose radio work earned a 2018 Golden Mike award from the Radio & Television News Association of Southern California. He recently moved to Mindanao with his Filipino wife and their nine-year-old son. This column tells the unfolding story of that adventure. http:///felixr28.sg-host.com