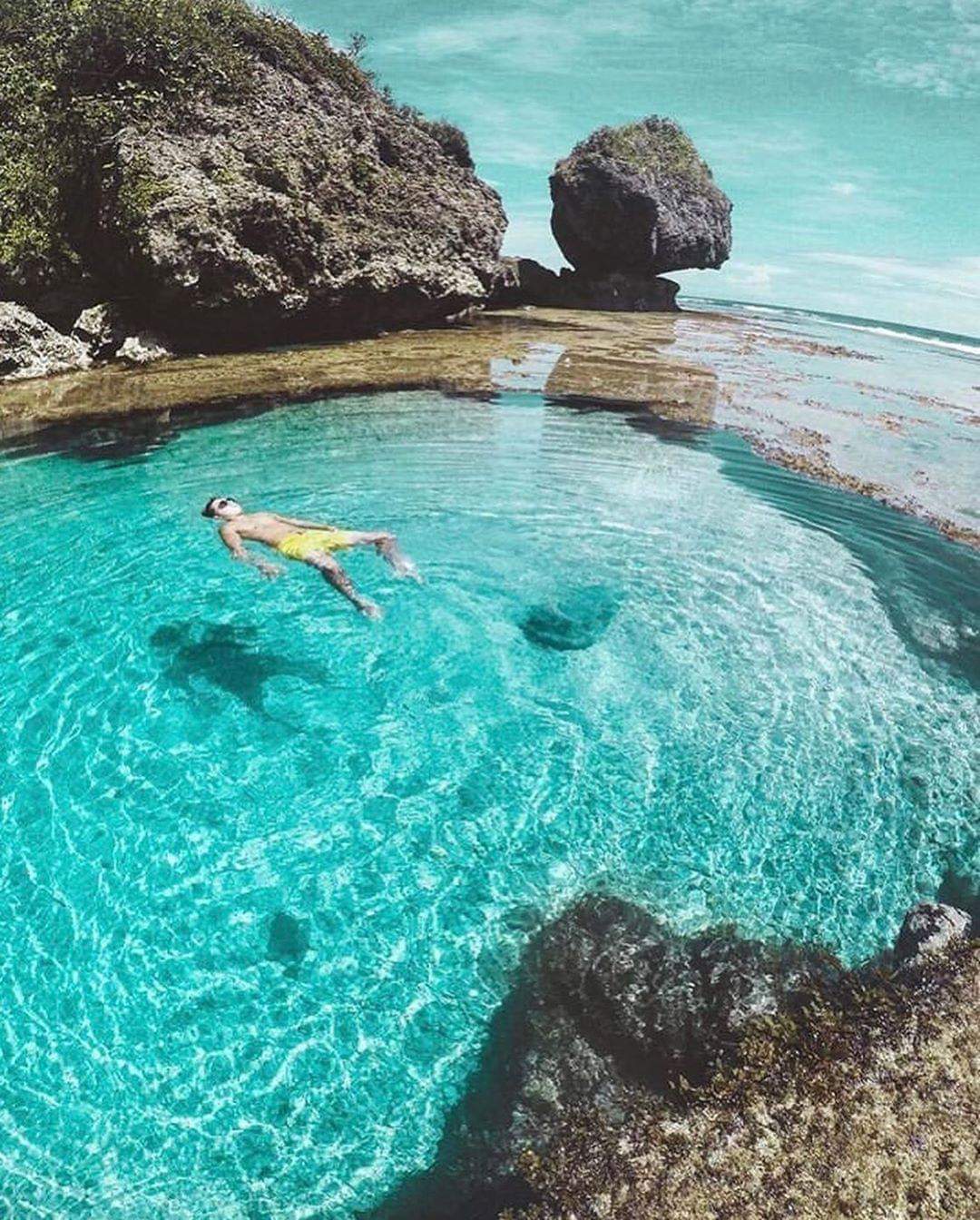 Want to receive Expat Eye every week in your inbox? Sign up here.

The water was as crystal clear as I’d ever seen it.

Just beneath the surface a swarm of green fish scurried about, while scads of purple crabs crawled past each other on the rocks overhead. But the telltale sign was the smell; instead of sunscreen, the tidepool now exuded the natural odor of, yes, the teeming reef that God had intended.

I’m speaking of Siargao Island – specifically the famous rock pools of Magpupungko Beach – which my wife and I visited recently for the first time in months. In fact, we share lots of history with those pools. It was on their nearby shores that Ivy frolicked as a child and to which she brought me the first time we met in 2006. It was at Magpupungko that we fell in love and, later, constructed a commemorative cottage with hearts cut into its roof. And it is there that Ivy inherited a beautiful stretch of beach upon which we built cabins for our family and friends.

It was also there that we first questioned the efficacy of so-called progress.

That happened in 2018 after a dramatic series of events transformed the sleepy island into a tourist hotspot. First, a hit romantic comedy bearing its name opened in Manila. Then Conde’ Nast Traveler named Siargao the best island destination in Asia, following up a year later by declaring it the best in the world. Finally, and perhaps most significantly, President Rodrigo Duterte ordered Boracay, the Philippines’ then-reigning tourist mecca, closed for six months due to environmental concerns.

The results were immediate and astounding; nearly 200,000 foreign and domestic tourists – many diverted from Boracay – visited Siargao that year, a 50.7% increase from 2017. And the Los Angeles Times, my journalistic alma mater, commissioned a 3,000-word feature  for its front page.

The article I came up with tells a story both encouraging and sad. How the island’s overnight transformation made struggling farmers into instant millionaires. How men who’d spent their lives catching fish now conducted island tours. And how a square meter of land once worth 400 pesos now sold for as much as 75,000, sparking boundary disputes that divided families and neighbors in ways never seen. That particular point, in fact, hit close to home; my wife’s beach property had by then been targeted by no fewer than three legal challenges, one of which is still pending in court.

Writing a major front-page feature for the LA Times takes some doing. After spending a week at the 2019 Siargao International Surfing tournament interviewing practically everyone on the island who could talk, I locked the door of my Surigao City study to organize my thoughts and write. Finally, when the piece was finished, I emailed it to Los Angeles, went through the rigorous editing process for which the paper is famous, and waited for my words to be published. Then the pandemic hit and everything changed, including the premise of my story. Bottom line: it was put on indefinite hold and I was put on indefinite lockdown.

The hold has proven more durable than the lockdown, which is how we got back to Siargao last week. And what we saw was truly amazing; the miraculous retransformation of an island that seems to have stepped backwards in time. Where once busloads of tourists arrived hourly, now resides a blissful silence. And crystalline rock pools recently inhabited by scads of multicolored bodies now offer solitary bathing under the fairy-like reflection of water dancing merrily on stone.

Of course, there are economic changes as well. The erstwhile tour guides have all returned to their fishboats. And everywhere one sees renewed evidence of the subsistence farming that has sustained this island for generations.

No one knows exactly when – or if – the tourists will return. And, indeed, there are mixed feelings regarding whether that will – or should — ever happen. “It’s just like it used to be,” one young man remarked wistfully, sitting at his family’s restaurant near the entrance to Magpupungko. The diner is now closed, as are dozens of other refreshment stands and souvenir shops lining the road to the beach “Everything is so beautiful,” he said, “but, of course, there’s a whole lot less income.”

Later during a fiesta in the village of Ivy’s birth, she remarked on how many people she recognized who’d returned home after absences of years. “It reminds me of when I was growing up,” she said amidst the revelry of old friends drinking beer in the streets.

Then a passing police van with flashing red lights announced by megaphone that those streets would soon be cleared in observance of the 8 p.m. curfew. And, just like that, our yearning souls were dragged unceremoniously forward from a mythic past to the uncertain future.