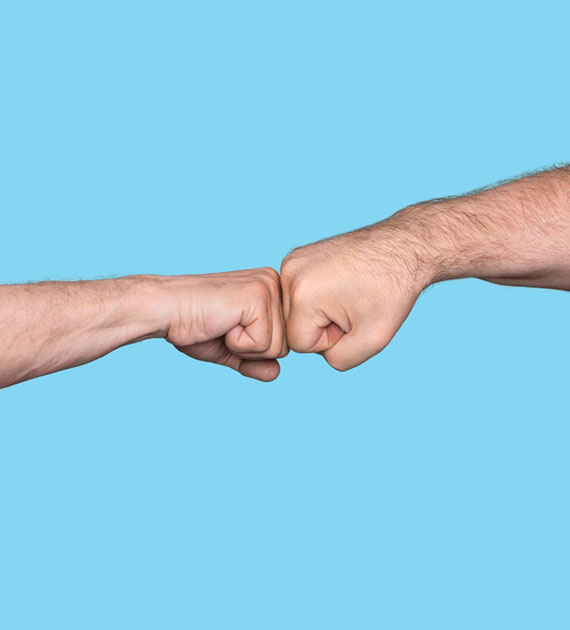 It had been nearly two years since we’d last met.

Heather and I go way back. Sometime in the early 1990s, I think it was, we went out on a blind date. Just one. Which was enough to convince us both that, though no romantic sparks inflamed our hearts, there were sparks galore of another kind. And so we became friends.

Last week she texted me. “Hey David,” she said, “let’s get together.” So this week we met for brunch at a restaurant that, like every other eating place in town, opens only for takeout. She ordered pizza; I ordered macaroni and cheese. Then we settled down in the parking lot on the bed of her pickup truck for that long-anticipated reunion.

“So,” was the first thing out of her mouth, “whadaya think about what’s going on?”

I knew immediately that she was referring to the political events gripping the heart of the former land of the free in the wake of the surrealistic January 6th attack on the U.S. capitol. And as always when the subject comes up, my veins flowed arsenic-flavored ice. Was it safe to tell her my true opinions? More to the point, could the force of my will even pull my jaws open?

But my old friend persisted, and so I ventured into that dark forest. “The attack on the capitol was terrible,” I began, “but impeaching Trump now is a futile exercise that will just divide the country further.”

And, just like that, we were off to the races. Only these races seemed deadly, with the jockeys in danger of falling off their horses.

Here’s the problem: the country is divided into two strident camps. In the universe inhabited by one, America is a bold experiment that, while flawed, has brought more good to the world than evil. Until recently it was governed by a president who, though also flawed, at least understood and embraced that essential goodness. And though the recent attack on the capitol was inexcusable, the more dangerous threat comes from the Marxist mobs of the far left who spent most of last summer trashing the country.

Those in the other universe fervently disagree. America, they believe, was built on the backs of slaves and other oppressed peoples; an original sin for which the country must atone. The now-former president, Donald Trump, is a white supremacist with authoritarian tendencies. And his radical followers—particularly of the ilk that invaded the capitol—are modern-day Nazis who, left unchecked, will enslave the world.

Bottom line: while I inhabit the former universe, Heather identifies more with the latter. And so we gesticulated. And argued. And raised our voices while throwing up arms.

Until we both felt utterly exhausted.

On bad days, which lately describes most of them, I see little cause for optimism. The two warring camps, it seems, truly occupy separate universes holding disparate world views incapable of ever intersecting. But then there are those other days, the better ones, the days on which it occurs to me that all of us are, after all, still Americans. The day I saw Heather was one of those.

“I miss the old days,” she said, “when people could really talk. When Republicans didn’t think Democrats are communists.”

“Gosh, me too,” I blurted. “Back when Democrats didn’t think Republicans are fascists.”

Heather paused thoughtfully; her face crinkled in a quizzical expression. “Maybe what the country needs,” she suggested, cracking a broad grin, “is a few rounds of good old-fashioned marriage counseling.”

I immediately flashed on my first marriage which, indeed, had endured many months of meetings with a licensed psychologist charged with saving our shared future. The first question he asked, I recalled, was remarkably basic: “What brought you together in the first place? Let’s focus on what you two have in common.”

I thought of America’s Declaration of Independence. “We hold these truths to be self-evident,” it begins, “that all men are created equal, that they are endowed by their Creator with certain, unalienable Rights, that among them are Life, Liberty and the Pursuit of Happiness…”

And I thought of the Bill of Rights which guarantees Americans freedom of religion, speech and assembly as well as the right to petition for redress of grievances, enjoy due process and avoid cruel and unusual punishment.

I realize, of course, that one issue separating modern-day Americans is that liberals tend to view the Constitution as a living document evolving with time while conservatives see it as eternal and unchanging. Still, it seems, there ought to be some value in focusing, as the marriage counselor put it, on what brought us together in the first place.

My last round of marriage counseling ended in divorce. I pray that this one fares better.

Want to get Expat Eye Emailed to your Every Week? Sign up here.