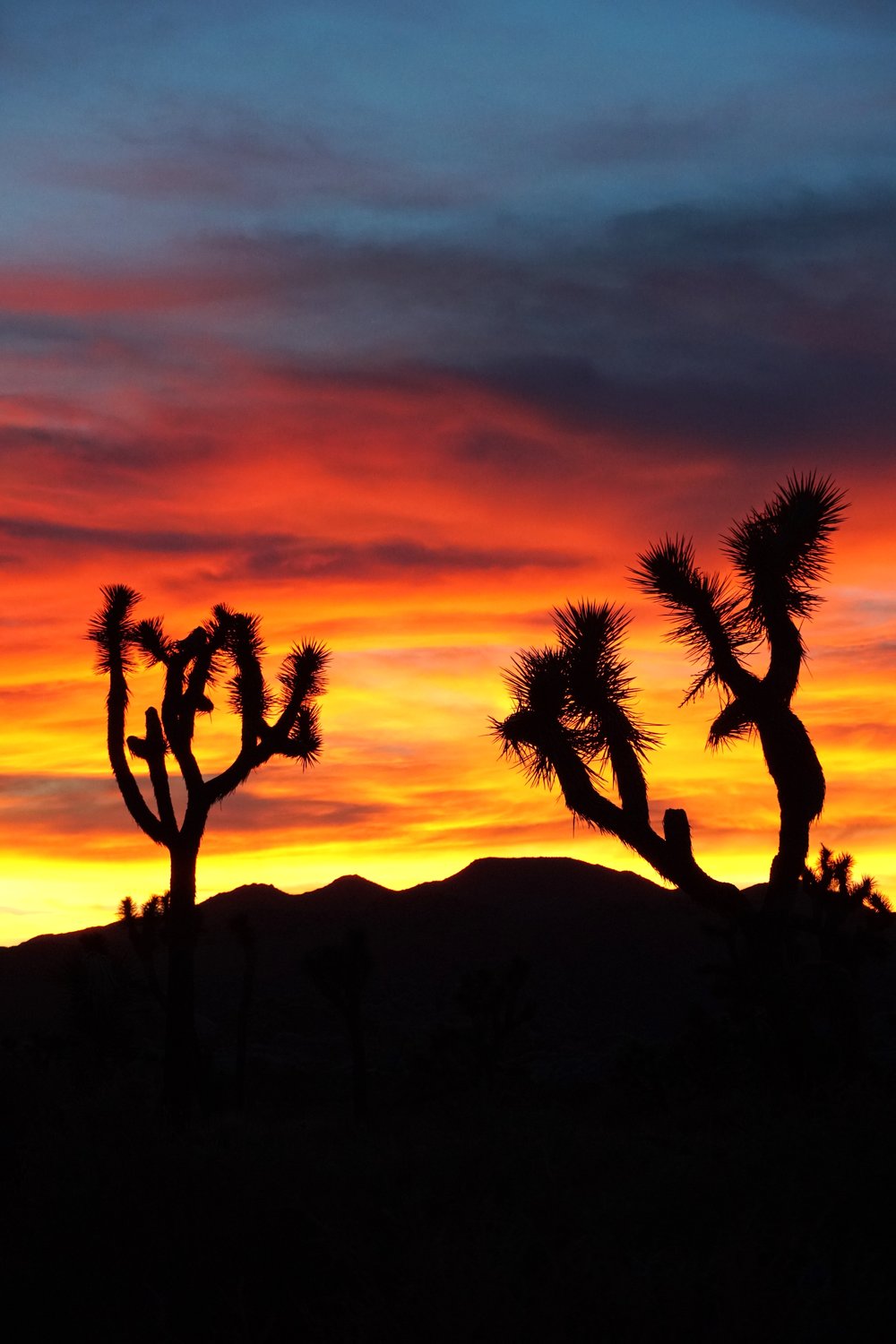 The namesake of a prophet lives in my front yard.

The prophet’s name was Joshua, a man who reportedly stretched his arms upward towards heaven, beseeching God to hold the sun still until the Israelites could defeat the Kings of Gibeon. The Lord listened, assuring a Hebrew victory. And so the Jews continued their long march through the desert to the Promised Land.

Nearly 3,500 years later, the tree bearing his name strikes a similar pose in another desert several oceans away. Like the prophet of old, this new Joshua beckons to the spirits above. And like that Biblical Joshua, this one too acts as a beacon for those seeking beauty and love.

I’m speaking of the famous Joshua Tree for which my hometown is named. The tree grows only in the Mojave Desert of California, Nevada, Utah and Arizona. But by far the largest number live in Joshua Tree National Park, less than 8 kilometers—about 5 miles—from my house. Which is why, every year, thousands of nature lovers, artists, spiritual seekers and adventurers descend on Joshua Tree, California, to bask in the ancient trees’ glow.

Legend has it that these ruffians of the desert got their name from the Mormon settlers who, passing this way in the mid-1800s seeking a promised land of their own, took comfort in the outstretched limbs so reminiscent of Joshua’s long-ago plea to the Lord for safe passage. And, indeed, the decades since have witnessed an influx of pilgrims from around the globe.

Last year, nearly 3 million sojourners visited the national park; more than twice as many as in 2013. And, while it’s too early to discern the current pandemic’s effect on those numbers, all indications are that the visitors will keep pouring in.

The town itself—a tiny hamlet with barely 7,000 permanent inhabitants—has gained a reputation involving, well, a bit of mysticism and mystique. Long renowned for its resident artists and musicians, the town has been home—or at least served as temporary host—to such musical luminaries as Keith Richards, Donovan, John Lennon and Jim Morrison. A few years ago, working for the local radio station, I produced a story on the sale of a lavish desert home then owned by Eric Burdon, lead vocalist with the Animals who popularized the iconic “House of the Rising Sun.” Earlier this year, listeners of the United Kingdom’s BBC Radio voted U2’s “The Joshua Tree” best album of the 1980s. And almost everyone has heard how Gram Parsons of the Byrds died from a drug overdose in Room 8 at the Joshua Tree Inn, just a short distance from my house. Rather than remove the remains from what had become his spiritual home, legend tells us that friends hustled Parsons’ body to the national park where they summarily cremated it within smelling distance of—you guessed it—a glowing Joshua Tree.

Many seekers, in fact, have found the region conducive to their religious or psychedelic quests. In another radio story back in 2017, I reported that 3,000 practitioners of a spiritual yoga called Bhakti had gathered at the Joshua Tree Retreat Center for a six-day fest. “There’s a power here,” the group’s founder, who lives in town, told me. It’s “a divine power and we blend in perfectly with that.” Other visitors have ranged from UFO enthusiasts to lovers of art made from junk.

Which brings us back to my front yard.

It’s a smallish area adorned with various species of cacti and other desert dwellers set against the distant hills. Occasionally wild rabbits traverse its length, with doves and hummingbirds flying overhead. And off to one side, with its limbs still extended towards heaven, sits, yes, a tree bearing Joshua’s name.

Sometimes on endless desert nights I stand beneath it, wondering what all it has seen. A Joshua Tree’s average lifespan is 500 years, with some living as long as 1,000. So this tree predates my house; was it here when those restless Mormon’s passed? If it could speak, what stories would it tell? And 500 years from now, what would it say of this age?

In some strange way, all that makes me feel closer to the odd plant in my yard, almost as if it’s my brother. I wonder whether God will once again hear the prayers its branches send up to heaven. And whether, perhaps, those prayers might be for me.

To receive “Expat Eye” in your mailbox weekly, sign up here.

David Haldane is an award-winning American journalist, author and radio broadcaster whose latest book, a short-story collection called “Jenny on the Street,” is due out in January. A former Los Angeles Times staff writer, Haldane divides his time between homes in Surigao City, Philippines and Joshua Tree, California. http:///felixr28.sg-host.com