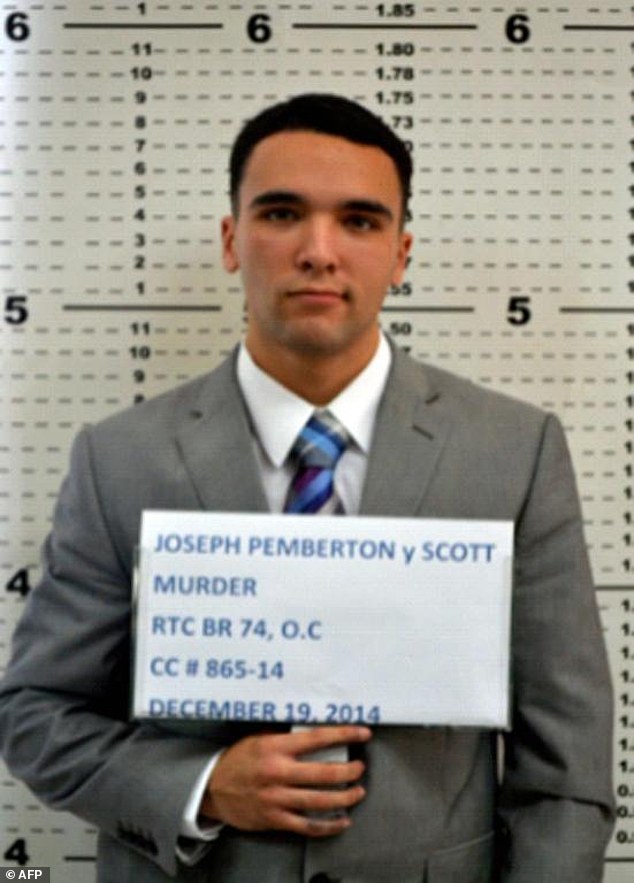 The transformation was instantaneous. As if by magic, a beautiful woman suddenly turned into an odd-looking man. And just like that, the mental strength of my gender predilections became entirely self-evident.

I was reminded of that strange moment in the distant past by a spate of recent stories about Joseph Pemberton, the US Marine convicted in the 2014 death of Jennifer Laude, a transgender Filipino he’d taken to an Olongapo motel. Upon discovering that “she” was really a “he,” it seems, the young Marine strangled Laude and fled the scene. His subsequent trial resurrected longstanding arguments regarding America’s military presence in the Philippines. And his recent pardoning after only six years of imprisonment exposed President Duterte to the renewed wrath of some of his critics.

My own Pemberton moment, thankfully, didn’t end in violence. It came in the early 1970s when I was a young reporter at the Berkeley BARB, a now-defunct “underground” newspaper in Northern California. As a purveyor of the American counterculture of that era, the BARB prided itself in covering emerging ideas, two of which were in conflict. While one—sexual liberation—encouraged the open expression of long-suppressed urges between consenting adults, the other, feminism, defined some of those urges as sexist. And so they dispatched me to do a feature on “liberated” strippers.

One in particular caught my eye; an engaging young purveyor of female sensuality whose lithe moves just begged for physical attention. After her performance, I cornered the sprightly lady in the lobby for a quick interview.

“Love your dancing,” I purred, fairly dripping with desire. “So what did you do before this?”

She looked at me with piercing blue eyes that made me feel naked. “Well,” she sighed coyly, “before this, I was a man.” And in that instant, my entire outlook changed.

Turns out that this stripper was not just transgender, but an actual transsexual who’d undergone surgical gender reassignment. And yet the moment she told me, her appearance and demeanor were forever transformed. Where just seconds before had stood a highly desirable young woman wreaking of female sexuality, now stood a ridiculous-looking man acting like something he wasn’t. And yet I knew it was me–not she–who had changed. The lesson was clear: not just that beauty and sexuality are in the eye of the beholder, but that both are actually in the beholder’s mind.

In the years since that disconcerting revelation, I’ve had a few other encounters of the, well, unexpected kind. Once I dated someone for several weeks only to discover, when the moment of truth finally came, that the truth wasn’t exactly what I’d imagined. Later, at my ten-year high school reunion, I danced with a woman who I didn’t remember.

“Did we know each other in high school?” I asked.

“Did we have any classes together?”

Turns out that the class we shared was physical education which, in those days, wasn’t coed. So the person with whom I now danced was the same one who’d once shared my gym locker.

Here in the Philippines, I’ve made one fairly close transgender friend who, in the time that I’ve known her, has engaged in long-term relationships with two different men. Both consider themselves heterosexual and yet both have reveled knowingly in her quite-ample charms. So times and people can change.

I mean none of this to make light of the terrible tragedy that befell Jennifer Laude. Her murder was a brutal crime of the worst magnitude that deserved punishment. And yet I can’t help but also reflect on the realities that grip men’s instincts.

My transgender friend speculates that what happened between Pemberton and Laude resulted from his overly emotional response to the secret that she had kept and upon which he had stumbled. Which only confirms what I learned from that transsexual stripper so long ago; that the gender preconceptions of our minds are powerful. And that telling the truth is always the best policy. Especially… well… truth in advertising.

Want to get Expat Eye each week in your mailbox? Sign up here.

David Haldane authored the award-winning memoir, “Nazis & Nudists.” A former Los Angeles Times staff writer, he is an American journalist, essayist, and broadcaster whose radio work received a Golden Mike from the Radio & Television News Association of Southern California. He lives in Surigao City with his Filipino wife and their two children. http:///felixr28.sg-host.com