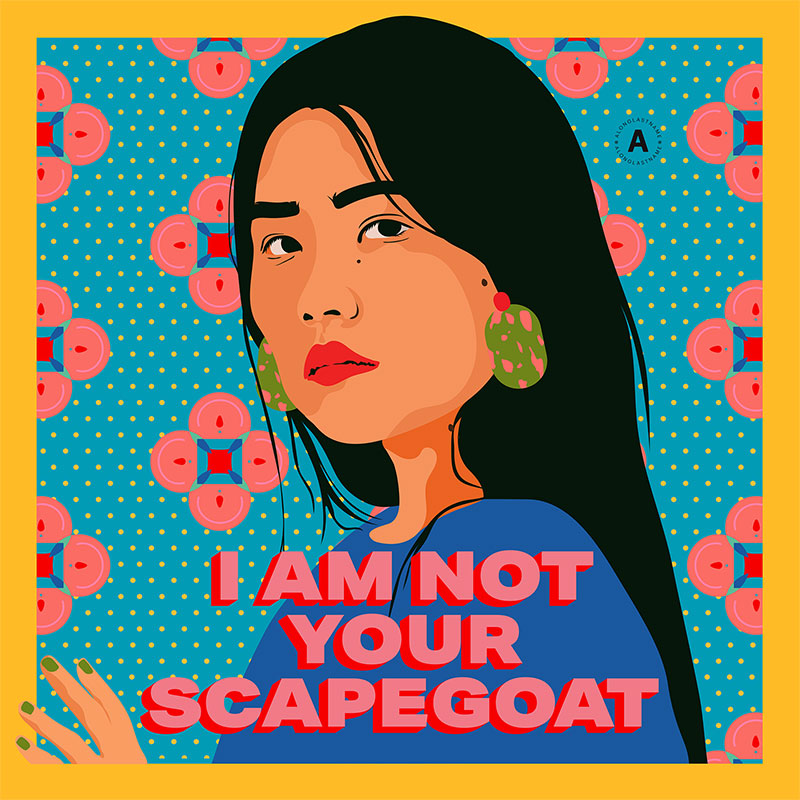 America’s latest obsession has hit me where I live.

Yesterday my Filipino wife came home to report that a petition circulating among her coworkers accuses a white manager of racial insensitivity. The manager’s sin: referring to certain employees as the “Filipino mafia.”

To be fair, I and many other husbands of Filipinas have used that term ourselves. But always in jest and usually in the presence of our wives, who never seemed offended. Kind of humorous admission, I’ve always thought, of the power these dark-skinned women wield in our lives.

Apparently, the term is less humorous in a workplace. Which doesn’t surprise me, given America’s latest obsession with anti-Asian bias.

Much like the Black Lives Matter movement sweeping the country since George Floyd’s death last year, the current breast beating over past and present racial sins against Asians began with an act of violence: The March 16 murder at several spas in Atlanta, Georgia, of eight people including six Asian women. While investigators reported no evidence of a racial motive, many interpreted the mass shooting by a white man as the wages of a sexual/racial fixation.

Which led to an ongoing series of “Stop Asian Hate” protests, angry or self-flagellating editorials and, again, workplace petitions calling out alleged bias against Asian Americans.

As I’ve written previously, certain mitigating factors make anti-Asian discrimination a complex issue. First off, Asian Americans enjoy a higher per capita income than anyone else, including whites. Second, they are statistically more likely to be attacked by blacks than by whites. And, finally, their relative success, both economically and academically, has frequently made them targets of government-supported discrimination—especially in university admissions—designed to help other minorities at Asian expense.

All that said, America—especially my home state of California—has a shameful history of mistreating Asian residents. Almost from the time they first set foot on the Pacific Coast in the 1850s, immigrant Chinese laborers faced abuse from white miners and state lawmakers in the form of onerous taxes, legal barriers to full civic participation, and even threats of violence. The most notorious anti-Asian assault in recent memory, of course, is the confinement of 120,000 Japanese Americans—many of them US citizens—in so-called relocation camps to neutralize their imagined disloyalty during World War II. I still have vivid memories of visiting the most desolate of those camps—Manzanar near Lone Pine, California—as a reporter years ago.

Until recently, I assumed that discrimination against Asian Americans had mostly de-escalated from hostile actions into occasional insulting words. I still hope that’s true, despite the monstrous acts of a deranged killer in Atlanta and reports of increased anti-Asian crimes nationwide including this week’s brutal attack against an elderly Filipina in New York. Even words can inflict pain, of course, but at least less lethally than fists.

And yet now Asian Americans seem to be unleashing decades of pent-up rage. “If anyone tries to do anything,” one recently told the Wall Street Journal, “maybe they’ll think twice.” She, like hundreds of others, has helped organize neighborhood patrols to protect fellow Asians from harm. In some cities, undercover Asian American police officers are even strolling the streets as decoys.

Politicians have been quick to react. The governor of California, succumbing to pressure from Asian American leaders, recently appointed the state’s first Filipino attorney general, a position once occupied by Vice President Kamala Harris. Brought here from Manila as a baby, Democratic Assemblyman Ron Bonta, 49, opposes the death penalty, would eliminate cash bail, and stands accused of hostility towards law enforcement. Exactly how that will help Asian crime victims remains unclear.

Also unclear is just where all this is headed. Will the dramatic recent interest in Asian wellbeing become an enduring movement like Black Lives Matter? Or will it dissipate quickly once its adherents feel safe?

The other night Ivy and I saw a movie that made us feel optimistic. Entitled Minari, it tells the saga of a Korean family moving to rural Arkansas in the 1980s in search of the American dream. Eventually they find it, or at least make a good start. It’s the classic American story, retold countless times to the delight of countless souls.

Want “Expat Eye” every week in your mailbox? Sign up here.