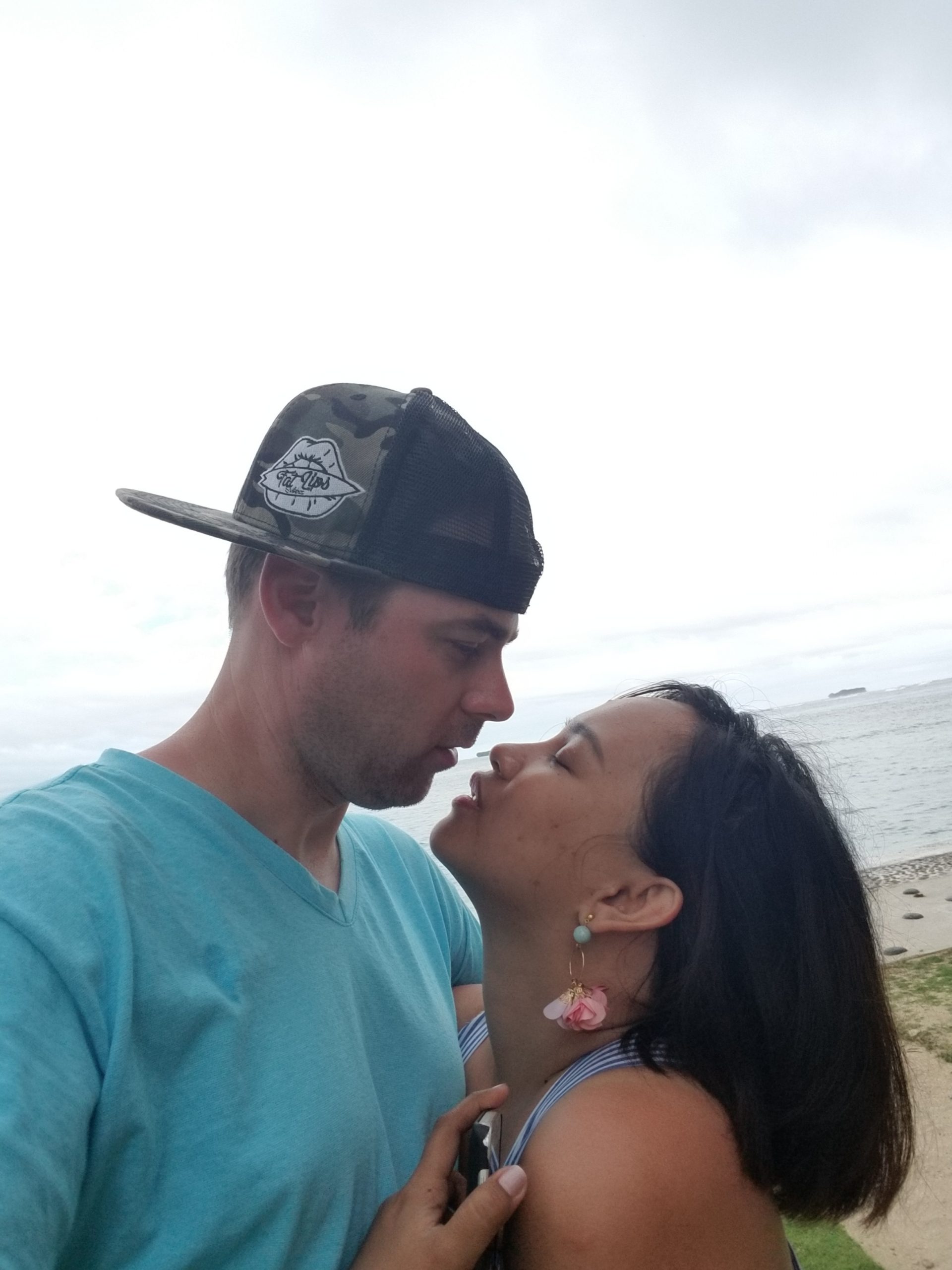 It all seemed so easy at first.

Jared and Rei met online at a dating site called OkCupid; he an American living in California, she a Filipina working in Dubai. The year was 2017, and the attraction was immediate and profound.

“Right away we were snapping jokes back and forth,” recalls Jared, 38. “It felt so comfortable; she was exactly the person who could balance my life.”

Four years later, they are still joking online though some of the humor has become tinged with pain. That’s because, like so many other couples, their relationship—which quickly blossomed into love—has suffered from covid interruptus.

It’s a malady all too common in today’s pandemic-wracked world. For Jared and 35-year-old Rei, however, the pain is more acute because of its uncanny timing.

It’s not as if they didn’t do everything right. Immediately upon realizing that her new virtual boyfriend was a keeper, Rei returned to the Philippines to meet him in person. Jared made two trips across that great watery divide: first to her Siargao Island hometown where he proposed on bended knee, and later to meet his sweetheart in Cebu for a romantic two-week vacation.

After returning to California, the young man petitioned the U.S. government for a fiancé visa and settled down for the usual 7-8 month wait. When Rei received notice of her scheduled interview by American immigration officials, Jared joyously paid for her flight to Manila. Then COVID struck, the embassy shut down, and months turned into years.

“It’s been very difficult,” Jared says of the nearly 100 long weeks they’ve spent awaiting developments in limbo. Not the least difficult of which is that, stuck in a lockdown far from home, Rei endured most of it alone in a rented apartment.

Aside from its sheer drama and pathos, there are other reasons I’ve taken a special interest in this couple’s story. First, minus the extended delay, it’s not that different from what my own Filipino wife and I experienced over 13 years ago. And, finally, Rei is none other than that wife’s cousin, which has made Jared a very special friend. In fact, the original plan was—and still is—for the soon-to-be newlyweds to begin their married life at our house in Southern California. So it should come as no surprise that both of us have allocated a considerable amount of time and attention to counseling them—especially him—on just how to bide all that time.

Ah, but at last there’s a glimmer of hope amidst the general despair; immigration officials have finally set a new date for Rei’s potentially fate-bending interview. In fact it’s July 22, a day that is rapidly approaching. It’s also the day I plan on boarding an airplane bound from Los Angeles to—you guessed it—Cebu. So, I may be the last to hear what we all hope will be good news.

If everything goes well—and barring any unforeseen medical issues—Jared looks forward to reuniting with his loved one in September.

We pray that this time the pandemic behaves.

To get “Expat Eye” free by email every week, sign up here.

David Haldane’s latest book is a short-story collection called “Jenny on the Street.” A former Los Angeles Times staff writer, Haldane is an award-winning author, journalist and broadcaster currently dividing his time between homes in Joshua Tree, California, and Northern Mindanao, Philippines, where this column appears weekly in the Mindanao Gold Star Daily.