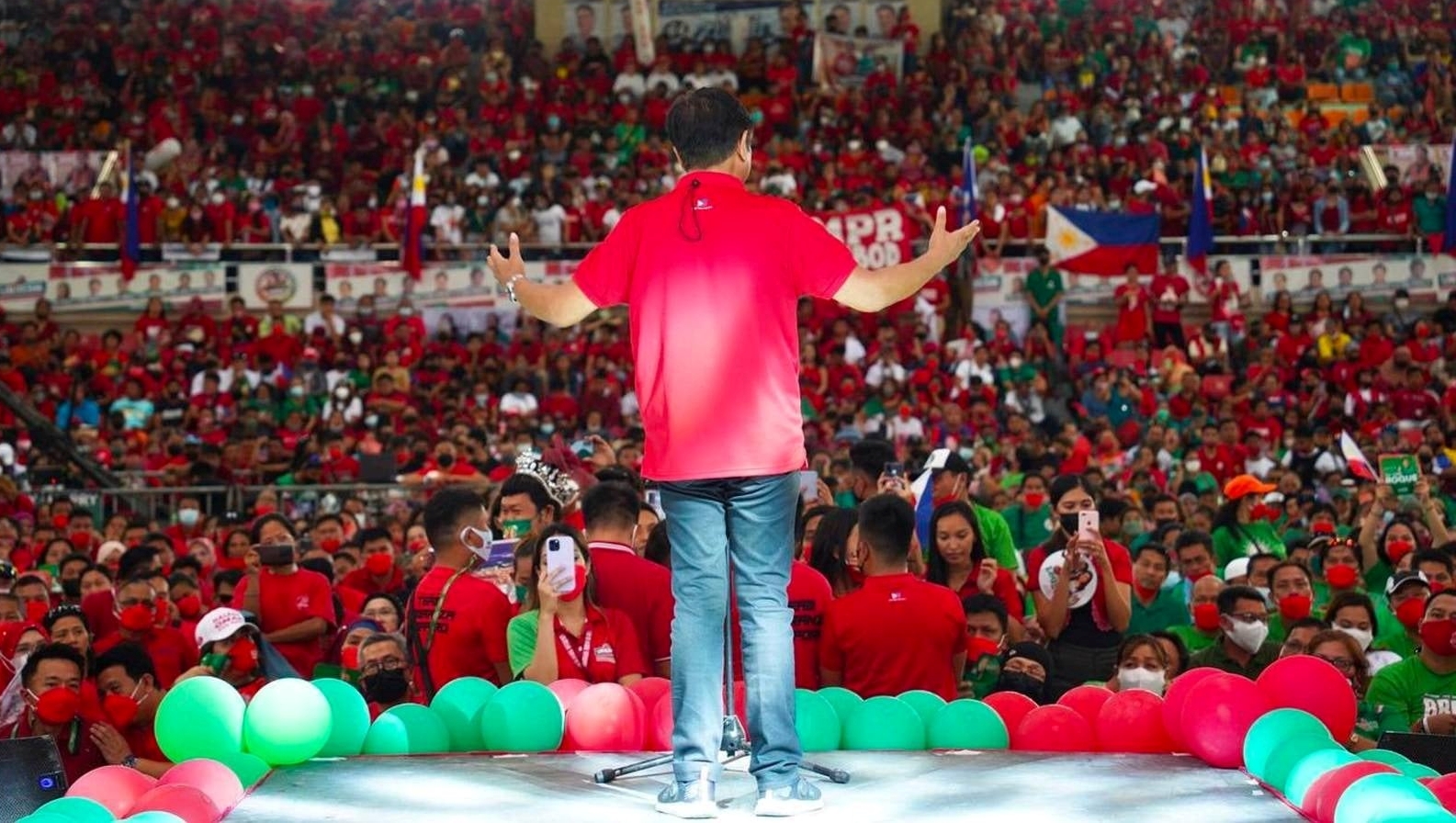 I don’t mind telling you that a recent Manila Times headline made me smile.

“Marcos, Biden vow stronger ties,” the newspaper intoned over a front-page story detailing a congratulatory call from the US president to Philippine president-elect Ferdinand “Bongbong” Marcos Jr. “The Philippines has always held the United States in high regard as a friend, an ally and a partner,” Marcos reportedly told Biden. Then he invited him to attend the June 30 inaugural in Manila.

Quite a far cry from President Duterte’s famous quip to then-President Barack Obama that he was the “son of a whore” followed a month later by his invitation for the US President to “go to hell.”

The United States wasn’t the only nation congratulating Marcos: other kind words came from Australia, Japan, Israel, the United Kingdom and, of course, China, to name just a few. As an American with strong ties to the Philippines, however, I felt especially buoyed by my two favorite countries’ apparent intention to kiss and make up.

As I wrote in a column several months ago, I grew up when the idea of a Marcos returning to power was unthinkable. Apparently, lots of Filipinos still feel that way, judging from their spirited opposition to Bongbong’s recent ascension. Much more surprising, though—to me anyway—was the far greater support he garnered from Filipinos of all ages who consider his father’s reign golden.

I first noticed that attitude in my own in-laws, farmers from Mindanao, who credited Ferdinand Marcos Sr. with “putting rice on our table.” Then came the avalanche of responses to my column. “Not only a hero [but] he is a legend president,” commented one of the literally hundreds who posted responses on Facebook expressing reverence and support for their former leader. Declared another: “Our great ‘n best president.”

The recent election returns, of course, confirmed the dominance of that sentiment: Bongbong Marcos received over 30 million votes, more than twice that of his nearest competitor. But what of the opposing narrative, the one that sees the new president-to-be as the descendant and beneficiary of a ruthless dictator who plundered the state, cruelly murdered, or imprisoned his opponents, and overturned democracy in the Philippines?

“I’m just one among the many who were tortured,” Etta Rosales, a former Commission on Human Rights chairwoman, told Associated Press regarding the reign of Bongbong’s dad. The son’s victory, she said, had driven her to tears. “Others were killed,” Rosales said. “I was raped. We suffered under the Marcos regime in the fight for justice and freedom…”

Rosales has vowed to continue that fight. And some of Bongbong’s most ardent opponents have called for continued resistance to a victory they attribute largely to his campaign of “disinformation.”

I did not live in the Philippines during the earlier Marcos presidency. Nor have I made a thorough study of what did—or didn’t—transpire during those turbulent years. I do, however, recognize a word that has also become increasingly common in American discourse of late: “disinformation.” And I believe what it really means is a difference of opinion or perception.

All of which has left me with a rather nuanced view of history. People remember it differently because, well, it afforded them varying experiences. For Mindanao farmers like my in-laws, the original Marcos put food on the table, while those who actively opposed him in Manila may have had an entirely different—and far less positive—experience.

So here’s my hope for the new Marcos regime beginning in June. First, that it avoids the alleged excesses of its genetic predecessor. Second, that it duplicates some of that predecessor’s alleged achievements. And, finally, that it somehow learns to navigate the world’s various conflicting forces, especially those involving foreign nations. I have one other fervent hope for the very near future; that President Biden actually shows up at next month’s much-vaunted inaugural.

I, for one, would be thrilled if he did.

David Haldane’s latest book is a short-story collection called “Jenny on the Street.” A former Los Angeles Times staff writer, he is an award-winning author, journalist, and radio broadcaster currently dividing his time between homes in Joshua Tree, California, and  Northern Mindanao, Philippines, where this column appears weekly in the Mindanao Gold Star Daily.