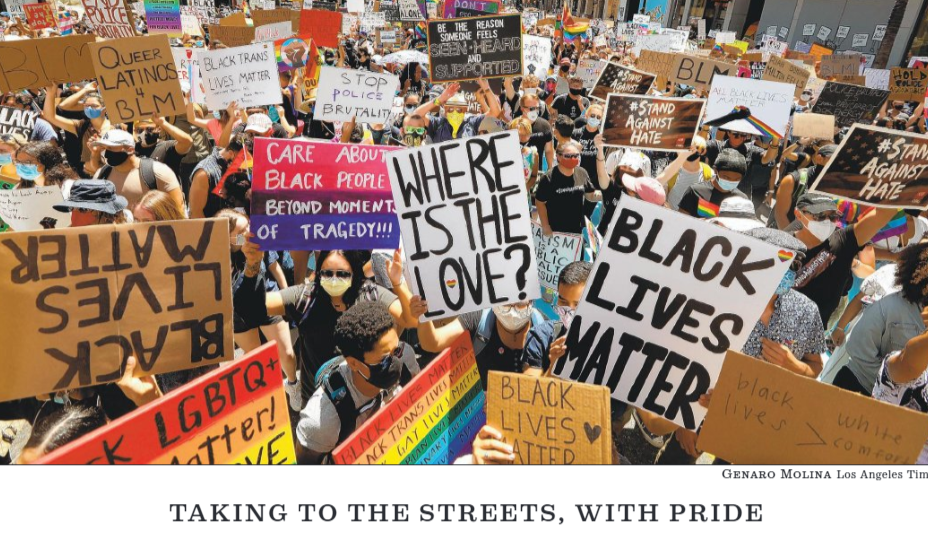 That’s an excerpt from my 2015 memoir, Nazis & Nudists. The year was 1986, and I was visiting a gay bathhouse for the first time. But I wasn’t there to gaze wistfully upon the unadorned bodies of handsome men. In fact, I was an undercover Los Angeles Times reporter on a mission: to discover whether the club in Long Beach, California, had allowed unsafe sex practices contributing to the spread of a newfangled virus called AIDS.

I’m sure you can imagine the difficulty of taking notes in the buff. So after each anonymous conversation, I’d steal back to my locker and surreptitiously write it all down. By the end of the night, I was ecstatic; I had uncovered enough damaging information to get the place shut down.

At the office next day, the book continues, my editor asked how it went. “Great,” I said, “this is a magnificent story. I talked to plenty of people who told me lots of stuff.” She had a question. “Did you tell them you’re a reporter?” My blank stare must have said it all. “Well go back,” she said, “and do it again.”

As annoyed as I felt, I understood her reasoning. Our goal at the paper was to be thorough,  balanced and fair. If they’d known I was a reporter, they might have spoken differently. More to the point, as is true in most situations, there probably was another side. And so the next day I reluctantly went back, this time to openly interview both patrons and management regarding just what that other side was.

I tell this story not out of nostalgia, but to make a point. During what I like to call the Golden Age of American journalism in which I honed my skills, a certain set of rules applied. Taken together, they shared a simple aim: to pitch the trajectory of our coverage right down the middle. To make sure, in other words, that the news stories we wrote had no point of view.

In the actual world, of course, that’s almost impossible; all of us are human and therefore subjective. Yet, during my long tenure at several American newspapers, we always tried our best to leave personal opinions at home. Among today’s new generation of journalists, I’m sorry to report, that no longer seems a priority.

“American view-from-nowhere ‘objectivity’-obsessed, both-sides journalism is a failed experiment,”  an influential 30-year-old former Washington Post reporter recently said in a tweet relayed by the New York Times. “We need to rebuild our industry as one that operates from a place of moral clarity.”

Many newsrooms, it seems, have taken that to heart.

Last month, the same New York Times–which, ironically, operates under the motto “All the News That’s Fit to Print”–forced its own editorial page editor to resign for publishing an opinion piece by a U.S. senator urging the use of federal troops to quell rioting in the wake of George Floyd’s death. As those riots flared, the executive editor of The Philadelphia Inquirer got forced out for publishing a story headlined, “Buildings Matter, Too.” And at about the same time, the Pittsburg Post-Gazette drew fire for barring a black reporter from covering the riots after she issued a tweet that seemed to support them.

What made the pressure noteworthy in all three instances was that it came, not from the reading public, but directly from the newspapers’ staffs.

Even the venerable Wall Street Journal, traditionally the most conservative of America’s major newspapers, hasn’t escaped the hand wringing. After 280 staffers issued a letter chastising the opinion section for, among other things, an “erroneous” piece entitled “The Myth of Systemic Police Racism” (a view, incidentally, shared by many including myself), the editors issued a terse response. “It was probably inevitable that the wave of progressive cancel culture would arrive at the Journal,” they wrote. “These pages won’t wilt under cancel-culture pressure.”

And, finally, respected opinion columnist Bari Weiss has departed from the New York Times. In a resignation letter I found both eloquent and heartbreaking, she wrote that “a new consensus has emerged in the press… that truth isn’t a process of collective discovery, but an orthodoxy already known to an enlightened few whose job is to inform everyone else… The paper of record is, more and more, the record of those living in a distant galaxy, one whose concerns are profoundly removed from the lives of most people.”

So what does all this have to do with an editor who, 34 years ago, made me undress twice at an AIDS-infested bathhouse in California? Perhaps nothing. Perhaps, on the other hand, a whole lot; the story I ended up writing turned out to be, I believe, a fairly balanced piece about the tension between public health risks–i.e. AIDS–and civil liberties, in this case the right of gay patrons to enjoy privacy behind closed doors. In the end, the public health concerns won out and the club was forced to close. But I felt then–and still feel now– some pride at having provided readers with a full and complex story that was honestly told.

Compare that to what passes for balance in today’s coverage of a fresh virus still raging.

A recent edition of the Los Angeles Times carried two photos, almost side-by-side. One showed thousands of gay Black Lives Matter protestors converging on Hollywood Boulevard with zero social distancing between them (see above). The other, similar in tone, showed thousands of Trump supporters holding a rally in North Carolina. The first headline: “Taking to the Streets, With Pride.” The second: “Trump rally seen as risky amid pandemic.”

So much for down-the-middle reporting.

Want to receive Expat Eye delivered to your mailbox every week? Sign up here.

David Haldane, a former Los Angeles Times staff writer, is an award-winning American journalist, author and radio broadcaster who lives in Surigao City with his Filipino wife and their two children. This column tells the unfolding story of that adventure.        http:///felixr28.sg-host.com