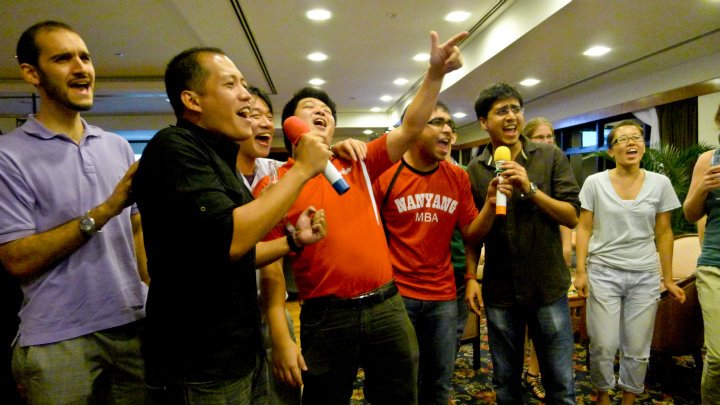 The instructions couldn’t have been clearer.

Reacting to an unprecedented spike in coronavirus cases just before Thanksgiving, the Governor of California declared a state of emergency. To counter the burgeoning crisis, he announced, certain edicts would have to be followed: cancel all travel, limit the length and size of holiday gatherings, and practice social distancing. Oh yes, and refrain from shouting, chanting or singing.

Wait, singing? That, we quickly realized, could present a serious problem. The issue was simple: most of our friends in America are Film Am couples, just like us. Which means that at least half of them are, well, Filipinos. And if you’ve ever tried preventing a bunch of drunken Filipinos from singing, well, you understand the gravity of our situation.

Miraculously, Thanksgiving passed without a hitch. But then, two days later, came my son’s 10th birthday party, which we’d been planning for weeks. And, just as we feared, by the time it was over we had all become outlaws.

The gathering started as many do; with a scrumptious meal consisting, in our case, of my wife’s excellent lasagna and her friend’s famous lumpia. Next came the ritualistic blowing out of candles on the cake, followed by the always-exciting opening of presents. It was only later, after the kids had retired to the back bedroom for a scintillating game of Marco Polo with their parents ensconced up front consuming generous portions of Tequila that the trouble began. Simply put, my wife cranked up the karaoke machine without even asking. And that, my friends, was when the lawlessness commenced.

To be fair, I have not always been a law-abiding citizen myself. About two years ago, for instance, I got a parking ticket. And once, before that, I got one for speeding. Nothing had prepared me, though, for the flagrant disregard of authority I witnessed that day in my house. I mean, people were literally fighting over the microphone. A few recklessly turned up the volume. And after a while, even liquor-fueled duets were not out of the question!

Ah, but then I noticed another thing; that there’s something endearing about old—and sometimes long-lost—friends acting silly together. Some of these people, I realized, had known each other for decades; since long before their children were born. Many of the women, in fact, had met as newly arrived immigrants with lofty notions of what their lives would become in this new “land of the free and home of the brave.”

But now the brave were besotted with fear, dispersing my friends’ long affections. A pestilence had come to the land, casting a wide and dark shadow that turned courage into an obsession with control. And that’s when I realized that all this flagrant singing was more like an act of civil disobedience than a brazen breaking of the law.

“Hand me that microphone!” I demanded, hesitating only briefly before offering my own shaky rendition of “With a Little Help from My Friends.” Thus we passed the night in affirmation of life before Covid and how we hoped it would soon be again. And when that feared knock-on-the-door finally came, well, it wasn’t the police at all but a lonely neighbor who wanted to join in.

David Haldane’s upcoming book of short stories, “Jenny on the Street,” is due out in January. A former Los Angeles Times staff writer, he is an award-winning American author, journalist and radio broadcaster who divides his time between homes in Joshua Tree, California, and Surigao City, Philippines.