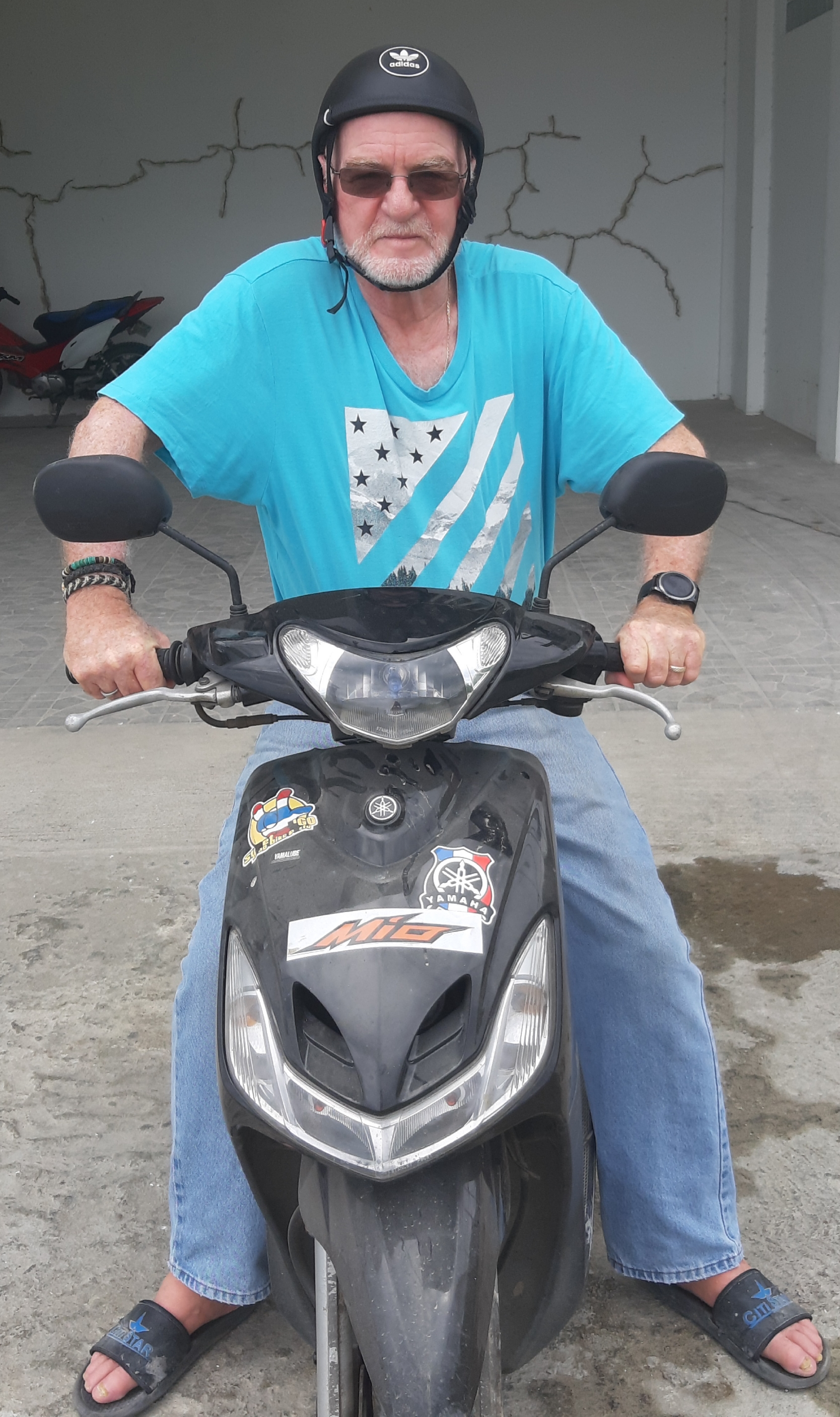 I think it’s the helmet that finally did it.

It was a sleek, stylish little model made by Adidas that we’d bought from a street vendor in Vietnam. I slipped it on, grabbed my coolest-looking shades and threw a leg over the used Yamaha Mios motor scooter that we’d recently acquired for 20,000 pesos. Then I revved up the engine, gunned it twice and that was all it took; I was now officially a Filipino a badass!

Well, ok, not entirely Filipino; my skin was still a little too pasty white for 100% authenticity. But certainly, Filipino inside in a way that made me bristle with confidence and newfound pride. For this, indeed, had been my goal all along and now I’d finally achieved it!

Perhaps I should explain. My infatuation with everything Pinoy had, in fact, begun on a motorcycle not unlike the one I was riding now. That was back in 2006 when, following a whirlwind online romance, I’d made my first trip to Siargao Island to visit the woman of my dreams who’s now my wife.

We had borrowed her dad’s bike to tour the island when the epiphany occurred. Ivy, who’d practically grown up on one of these things, was in the driver’s seat while I – who’d only toyed with one briefly as a teenager – held on for dear life in back. On our right stood a coconut-tree forest, and on the left a sparkling jade-colored sea. As my fingers dug into my future wife’s firm narrow waist with her long silky black mane streaming sensually across my face, I was suddenly struck by an overwhelming certainty; that life doesn’t get any better than this. And so, my infatuation was born and my fate forever sealed.

I’ve spent the last several years, especially since deciding to make the Philippines my home, carefully studying the motorcycle-riding habits of Filipinos. And what I’ve discovered is that there’s one quality all local badasses share; fearlessness. The complete confidence, in other words, that the huge truck bearing down on you will swerve before you do and the pedestrian hurrying across the street as you bear down on him will, well, get out of the way on his own before you put him out of the way for good.

Expressed more crudely, the basic Philippine driving credo is this; he who has the biggest balls, wins. Period. Which, as you might have guessed, presented a major obstacle to yours truly whose lower anatomy tends towards the smaller size.

It didn’t help, of course, when Ivy’s 19-year-old niece – living with us, at the time, as a working student – decided to take an unauthorized joy ride on the vehicle in question resulting in her hospitalization for a seriously broken arm. Nor did my own minor excursions on a similar vehicle at about the same age offer much solace or counsel. And so, I set out to conquer my fears even while wearing out several shoe bottoms in usually vain efforts to maintain balance when traffic was slow. Sheesh, I honestly never thought that I’d make it.

Then, somehow, I did. The unsteadiness lessened and my confidence grew. Until one day I realized that I could do the 25-plus minute drive from our house to the Gaisano Capital mall without even touching a shoe to the ground. And that’s when I knew that I had officially become a Filipino badass.

My favorite part of badassery is passing unsuspecting motorists on the road. It’s easy, really; you simply beep your horn twice and then, without waiting for acknowledgement or notice of any kind, pull into the oncoming lane and zoom by.

I love the looks of astonishment I get from the passengers in trikes and multi-cabs as I pass; My God, I can hear them thinking, here’s a white man who’s a badass too! Then they usually beak into warm smiles, wave at me and yell hello. Only one obstacle now separates me from complete mastery of true Filipino badass status; driving at night without lights. I shall try it soon. Only then, God willing, will I truly have arrived.