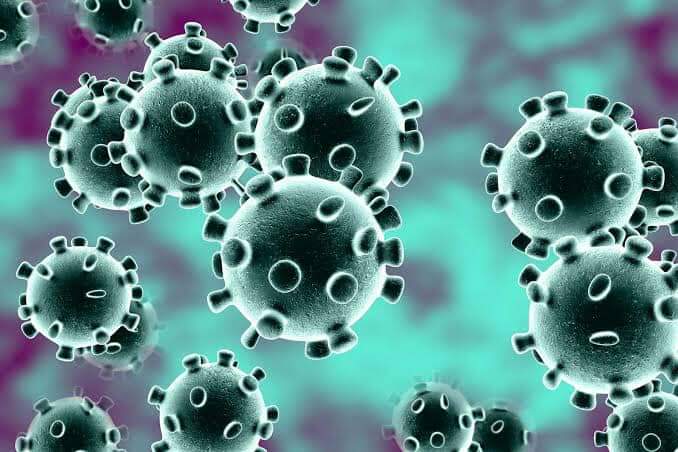 It reminds me of every science fiction movie I’ve ever seen about invaders from outer space.

Entire cities are locked down with their residents stuck indoors. Schools are closed, store shelves empty, curfews imposed, and public gatherings banned. Stock markets everywhere are completely unhinged. Here in the Philippines, at least one city has outlawed spitting. And in my home state of California, even Disneyland has shut its doors. Disneyland!

What is this, a real-life zombie apocalypse? Actually, that’s a pretty good guess because what we’re experiencing is, in fact, an alien invasion of sorts. Except that these invisible little devils sneak into your lungs and steal your breath away, sometimes forever.

I’m speaking, of course, of the coronavirus pandemic – dubbed COVID-19 – that’s at the center of the world’s latest doomsday scenario. Such scenarios are hardly new.  There was COVID’S older sister, SARS, which raised havoc in 2003. Ebola, that nasty little bug from Africa, snatched away more than 11,000 lives from 2013 to 2016. And I, for one, am old enough to remember the AIDS epidemic that reared its ugly noggin in the early 1980s, littering the world’s landscape with millions of corpses.

All of those were scary, to be sure. None of them, however, created  the waves of  global panic that we’re seeing today.

In the interest of full disclosure, let me say at the outset that I am no physician. What I’ve read and heard from some who are, however, suggests that each of these diseases had and has its own relative strengths and weaknesses. COVID-19, for instance, is probably more transmissible, but less deadly, than SARS. And because it’s spread primarily by droplets, it’s likely to be contracted through close proximity to someone who already has symptoms.

Probably the most comforting thing I’ve heard along those lines came from an epidemiologist on one of the news channels who’s name I unfortunately forgot. “Most of us will probably get this virus,” he predicted, “and 98-9% of us will be just fine.” Which sucks, of course, for that unlucky 1-2%, most of whom are likely to be elderly or otherwise infirm.

So why has the world gone mad? Why has the National Basketball Association canceled its season, airplanes stopped flying and Manila been shut down? Why does Senator Manny Pacquaio want to make coughing a crime? And, why, oh why, does it feel like life as we know it is coming to an end?

Part of it, I think, is the sheer expanse of media coverage. I recently perused a digital copy of the Los Angeles Times, a newspaper with which I have some familiarity having worked there for 23 years. The front page bore a fairly predictable headline: Trump Declares Emergency. But here’s the thing; I had to turn no fewer than 19 pages – count ‘em, 19! – to find a story unrelated to coronavirus. That included the entire national and regional sections, which is pretty much what most people read. I can’t remember the Times ever doing that, except maybe on the day after 9-1-1.

It’s occurred to me that this may be a generational thing; perhaps the millennials now writing and broadcasting these stories simply have a narrower perspective than we older folk. Indeed, one of the pieces in that same edition of the LA Times reported on the widespread “coronavirus skepticism” among those who, like me, identify as baby boomers.

Politics may also be a factor. Big media outlets in the U.S., most of which dislike Trump, have been quick to criticize him for downplaying the threat while those in the Philippines slam Duterte for overreacting. And too, what we’re seeing may just be the latest example of an emerging global culture of hysteria that continuously gloms onto the doomsday-scenario-of-the-moment to make people feel alive.

Don’t get me wrong, COVID-19 is a serious threat that shouldn’t be taken lightly. I, for one, plan to weather it at home, washing my hands and keeping them away from my face. And I don’t particularly oppose most of the stringent “social distancing”  measures taken by my community to slow the spread.

That said, however, the truth is that, so far, I’ve suffered infinitely more from the reaction than I have from the disease. I’m not aware of anyone I know personally who has contracted COVID-19.  What I do know, though, is that the value of my retirement account has plummeted due to the wobbly US stock market and that a California AIRBNB rental on which we heavily depend has suffered numerous virus-related cancellations. And we’re not alone either; friends here in Surigao City own businesses about to go under

Ah, but perhaps there’s a silver lining. My daughter, who lives in Portland, Oregon, where she’s been ordered to work from home, recently posted a note on Facebook. “For those who aren’t sick,” she wrote, “the coronavirus is causing a much-needed time of rest and reflection. We are forced to stay home with only the people we love the most and we are forced to pay attention to what we are doing with our bodies. We may be feeling scared right now, but we are lucky too.”

And then there was that heart-warming post showing people in Italy – where the virus has hit hard – singing to each other across a deserted street from the balconies to which they are confined. “Dear friends,” one former colleague wrote, “come and weep with [us] as we embrace the joy, beauty – and glorious whimsy – of humanity.”

To which I can only say amen.