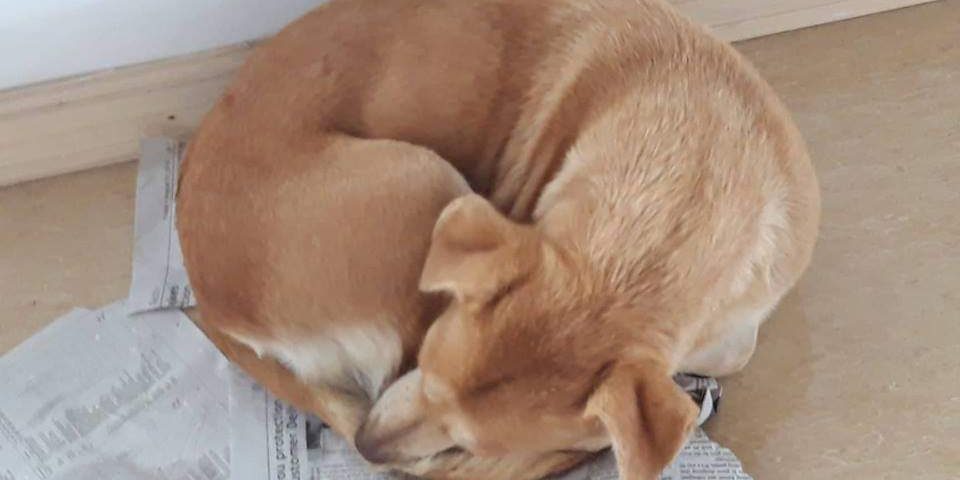 Her name was Sandy.

For the past five months, ever since we moved to the Philippines, she’s been yelping in happiness when she sees us come home, protecting us from other stray dogs in the neighborhood and easing my eight-year-old son’s transition by cozying up to him every day after school.

Like almost every other dog I’ve seen in Mindanao, Sandy’s color was a bright shade of yellow. Unlike some, she also had a bright disposition; sweet, friendly, protective and emotional. Today a speeding car killed her in front of our house and the construction crew across the street ate Sandy for dinner.

In fact, I’ve heard of such things happening before. Years ago, as a reporter for the Los Angeles Times, I wrote a series of articles about a Cambodian refugee family in Long Beach, California, whose neighbor had gifted them with a young German Shepherd. Instead of treating it as a pet, however, they’d quickly slaughtered the poor animal and put it on the stove. That’s when police arrived to arrest them for animal cruelty.

The resulting trial was fascinating. The unfortunate Cambodians, completely bewildered by the public reaction to their deed, hired an attorney who presented a cultural defense. In Cambodia, he suggested, eating dogs was quite the custom; how were his clients to know that, in America, the animals were held in such high esteem?

In the end, the case was dismissed because the judge could find no law that had been violated. But the public uproar was deafening; the defending attorney received death threats and bumper stickers began cropping up around town reading “Save a Dog, Eat a Cambodian.” Finally a group of dog-lovers, spurred to action by all the publicity, successfully sponsored legislation to legally prevent California dog owners from eating their animals.

In the course of my reporting, naturally, one of the questions that arose was precisely which nationalities harbored such unthinkable culinary habits. A leader in the Cambodian community assured me that, in his country, the only citizens with a taste for canines were uneducated members of the poor and rural lower classes. A Vietnamese spokesman was quite insistent that none of his countrymen would ever do such a thing. And a denizen of China told me that, despite the popularity of that country’s annual Yulin Dog Meat Festival, the practice was widely discouraged.

The subject of eating habits in the Philippines never came up. Now my Pinay wife tells me that, though she has never tasted it herself, the practice of consuming dog meat here is not uncommon. A 19-year-old niece admits to having personally eaten a mutt that her parents once bought for that purpose. And a group of Filipinos who I know to be good men has just spent the afternoon cooking our pet.

In truth, Sandy wasn’t ours; technically she belonged to the crew of Navy guys stationed next door. But from the day we arrived, she seemed as comfortable with us as with them. At night she would curl up like a lion on her favorite mound guarding the road from our front yard. Recently my young son was promised one of her puppies. And whenever a stray dog wandered too close to the house, Sandy would take off in pursuit with an angry flurry of barks.

She did that one too many times today, chasing a strange interloper into the street directly in front of passing traffic. Unfortunately, while the unknown hound escaped intact, his noble pursuer got flattened by a car. And so we are left to ponder what the world will be like without our Sandy; one thing for certain is that it will be a whole lot quieter.

But it will also, as we are just now realizing, be a whole lot emptier. I don’t begrudge the men who ate our dog; they didn’t kill her, after all, and at least her death served a purpose. All sentimentality aside, hardworking construction crews need to be nourished.

But there’s a question that keeps nagging at me and won’t go away. I hope you won’t think less of me if I get it out right here; just how did Sandy taste? Was she sweet and succulent as when she snuggled up to my child, or hard and nasty as when she chased away that dog? In the end, I suppose, we will never know. Just another one of life’s mysteries, perhaps better pondered than understood.