For me, it was the tunnels that cut the deepest.

Two hundred kilometers of them snaking beneath the jungles surrounding what’s now called Ho Chi Minh City in the Socialist Republic of Vietnam. Once they were the home and battleground of young Vietnamese men and women fighting for what they perceived as their country’s national liberation. For U.S. soldiers brave or foolish enough to venture beyond their dimly-lit exteriors, they often served as cave-like tombs. And for a generation of Americans who didn’t fight there but came of age in the shadow of that desperate war, the tunnels survive as a metaphor for the dark and confusing byways of our youth when one way led to light and another to destruction.

Now they are a tourist attraction visited by millions from across the globe. I recently joined that grim parade to a place I’d never seen yet felt I’d been, but first a bit of history.

I was just ten years old in 1959 when the initial two American military personnel died in Vietnam. Like most Americans, I’d never heard of the place then and continued to be blissfully ignorant for the next several years. By the end of the decade that followed, however, that tiny obscure nation in faraway Southeast Asia had thrust itself into the center of American consciousness. As a college student in the late 1960s and early 1970s, I attended – and eventually helped organize – antiwar demonstrations, watched fellow students burn their draft cards in protest and, frankly, struggled mightily with the temptation to burn my own.

In the end, I lucked out; the local draft board never caught up with me and, anyway, by 1973 public opposition to the war was so overwhelming and the military outlook so grim that the US pulled out, paving the way for the reunification of Vietnam two years later under the communist north.

Yet the mark on my generation was indelible. Decades later – in 2005 – when the Los Angeles Times sent me to the Philippines to report on the world’s last remaining group of unsettled Vietnamese refugees, I couldn’t help but feel strongly connected to them. Landing in Palawan with the son of one – a young man born here yet still considered Vietnamese – we were met by his mother who literally threw herself weeping at my feet.

Later we met someone I shall never forget; a 48-year-old man named Phong Huynh who’d spent twenty years sitting naked in a locked cement room with dirty walls and no furniture. In 1983, the story went, Huynh and his brother had escaped from Vietnam with other refugees in a boat that had been lost at sea for several weeks, forcing them to resort of cannibalism. One of the victims had been Huynh’s brother. And ever since, according to a caregiver, the crazed refugee had resided in this room carrying on imaginary conversations with his dead brother and babbling to passersby through an open window about finding a good woman and settling in America.

I thought of him as I shimmied through those dark narrow tunnels of Ho Chi Minh City. And I thought of all the misery caused by people doing what they thought was right. I am not a communist. In America, I believe, the imposition of the sort of socialist solutions proposed by Bernie Sanders and his ilk would be disastrous. But not every country is America.

If there is a clear lesson in the events of my lifetime, it is this; that each country has its own path to follow whether it be Vietnam or, for that matter, the Philippines. The simple truth is that most people, most places, most of the time want pretty much the same things: peace, love, food on the table and, if possible, some meaningful work.

Oh yes, and, according to our Vietnamese tour guide – a young man for whom the war is ancient history – a cold beer to share with buddies after work. Which, he hastily added, is readily available in the new Vietnam.

I don’t blame the American soldiers for what happened in and around those tunnels so many decades ago. Many were – and are – my friends; brave souls who sacrificed much to follow their country’s whims. And yet I can’t help but feel a pang of remorse seeing a deformed child in the streets of Ho Chin Minh City born 40-plus years after the war’s end, yet still suffering the devastating effects of chemical weapons deployed by American bombers.

In the end, I suppose, the message is always the same; learn from the past so as not to repeat it. My dearest hope is that the young people of today are paying attention. 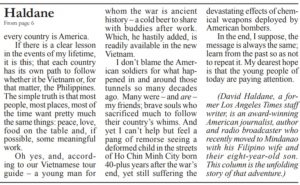 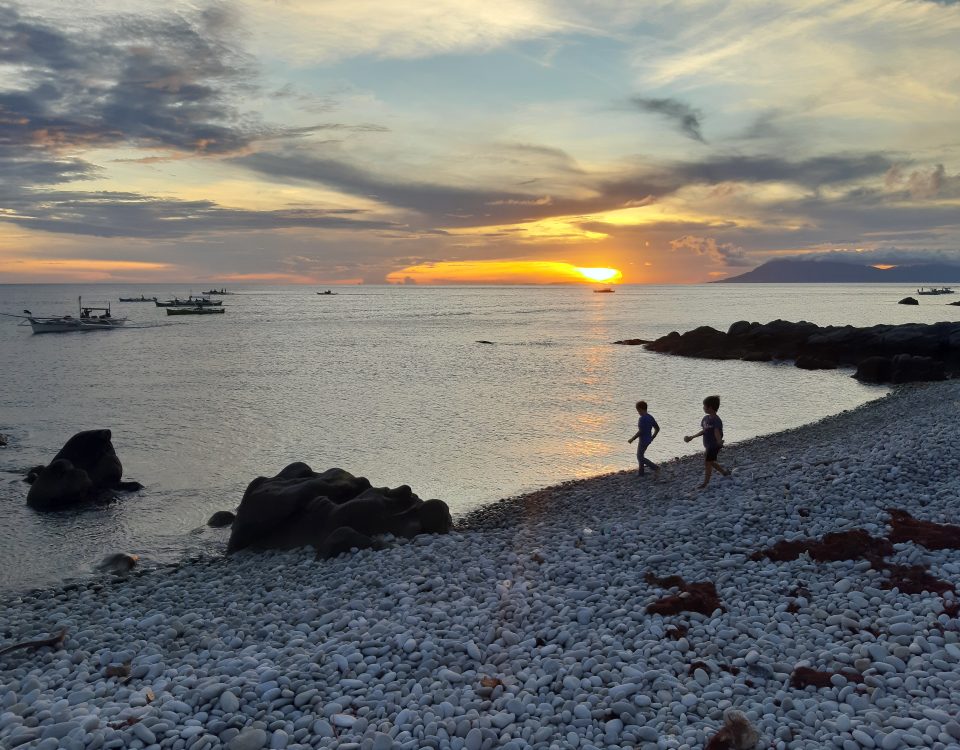