Dozens of young men were marching past our house in long meandering lines, each cradling a rifle and decked out in dark green military fatigues. The road they followed led to a pebble beach, then veered aimlessly off towards the mountains.

“Oh my,” I said to Ivy sitting next to me on our veranda overlooking the road, “I wonder what’s going on.”

“They must be training,” was all my wife could offer.

It wasn’t until later that we learned the invaders’ identities; not Army soldiers, but officers of the Philippine National Police. And not just officers; they were members of the PNP’s Special Action Forces, an elite commando unit charged, among other things, with battling terrorism and lawlessness nationwide. The same unit, I realized with a gush of respect, that lost 44 of its members in an infamous 2015 ambush by Muslim extremists in Maguindanao, some 500 kilometers to the south.

“Wow, now I’m really curious,” I told Ivy. “Maybe I’ll jump on the scooter first thing tomorrow to see if I can find them.”

I couldn’t. Despite a meandering ride of my own through tiny adjacent barangays and oceanside loops, the marching SAF guys were nowhere to be found. Perhaps this was a testament to their effectiveness, I thought. Perhaps they were hiding somewhere in plain sight. If so, their whereabouts was never revealed, so I rode back home to enjoy a glass of Tanduay on that selfsame veranda.

But the experience inspired a reflection on what it means to live in a place where armed conflict is no stranger; a region considered dangerous by much of the rest of the world. Every time I visit my birthplace on the West Coast of the United States, in fact, someone invariably asks whether living in Mindanao is scary. My usual answer; no, I have never personally felt threatened.

To be completely honest, though, I’ve certainly heard stories of others who have. In the outskirts of Surigao City where we live, Islamic extremists are few and far between. Members of the armed revolutionary New People’s Army, on the other hand, are purportedly hiding out in the hills near our house. One of my wife’s relatives, a college student, told us that she made friends with one at school. And though the NPA – military wing of the Communist Party of the Philippines – is not generally known for targeting civilians, the national police this week directed all units to be vigilant in the runup to Dec. 26, the party’s founding anniversary, when atrocities have been known to occur.

Short of atrocities, the revolutionaries have other distinctive ways of making their presence known. Last year, for instance, some friends living in the vicinity of those aforementioned hills told us that they’d spent a whole day listening to the popping sounds of gunfire not very far from their own backyard. Thankfully, as far as we know, no one got injured or killed.

An unconfirmed legend in our barangay holds that a misbehaving foreigner living near here once received a visit from a local NPA delegation after threatening his neighbor with a gun. The guy, it turned out, was considered a menace to the community. Nobody I know can say exactly what transpired during that solemn sit-down but the very next day, the story goes, the unruly gunslinger opted to quietly leave the country never to be heard from again.

And a Philippine Navy guy, one of several stationed 24/7 at a coastal watch facility right next door, told me that someone claiming to be from the New People’s Army once showed up demanding cash in exchange for “protection.” Within minutes, he said, the place was surrounded by military personnel holding guns to the would-be extortionist’s head. And now that handful of Navy guys has been joined by a contingent of armed soldiers charged with protecting everything in sight, including us and our house. Naturally, we’ve made friends and, whenever possible, invite them over for dinner.

Here’s the bottom line; the next time someone back home asks how I can keep on living in “dangerous” Mindanao, I’ll have an answer ready. “Why haven’t you left California because of the earthquakes?” I’ll fire back, or “what about all those mass shootings?”

The point is that bad things can happen anywhere; the best we can do is exercise caution and hope that they don’t. That said, though, it certainly doesn’t hurt to have an armed military security squad living next door.

David Haldane, a former Los Angeles Times staff writer, is an award-winning American journalist, author and radio broadcaster who recently moved to Surigao City with his Filipino wife and their nine-year-old son. This column tells the unfolding story of that adventure. 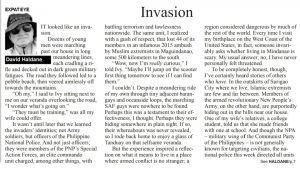 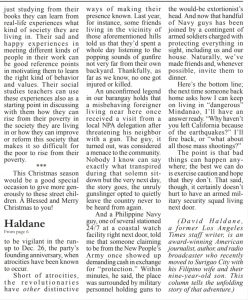 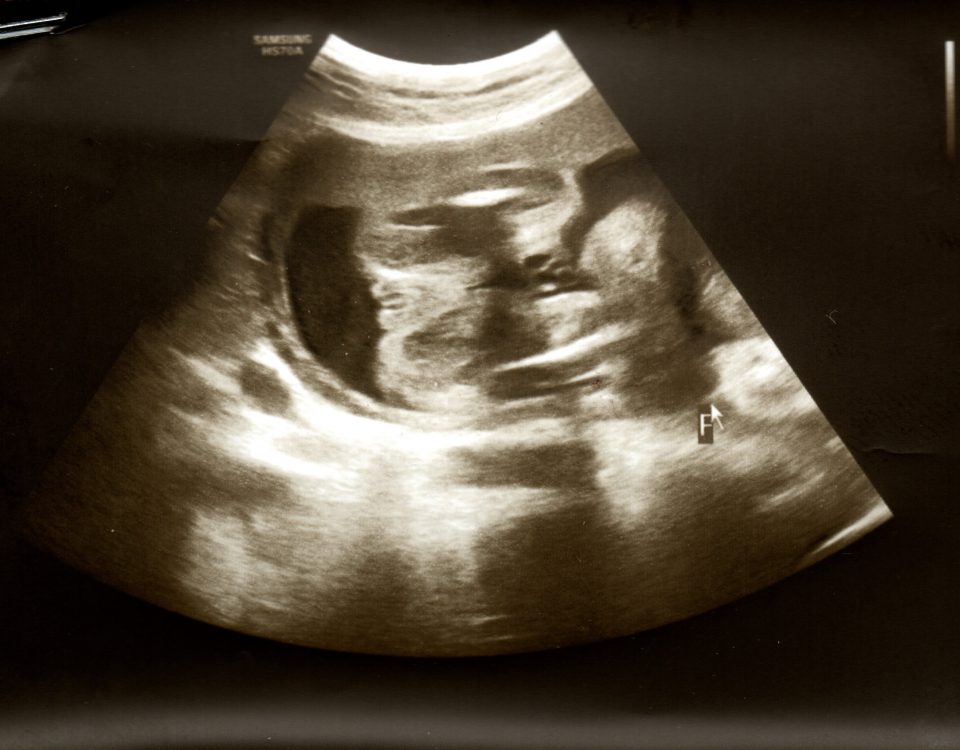 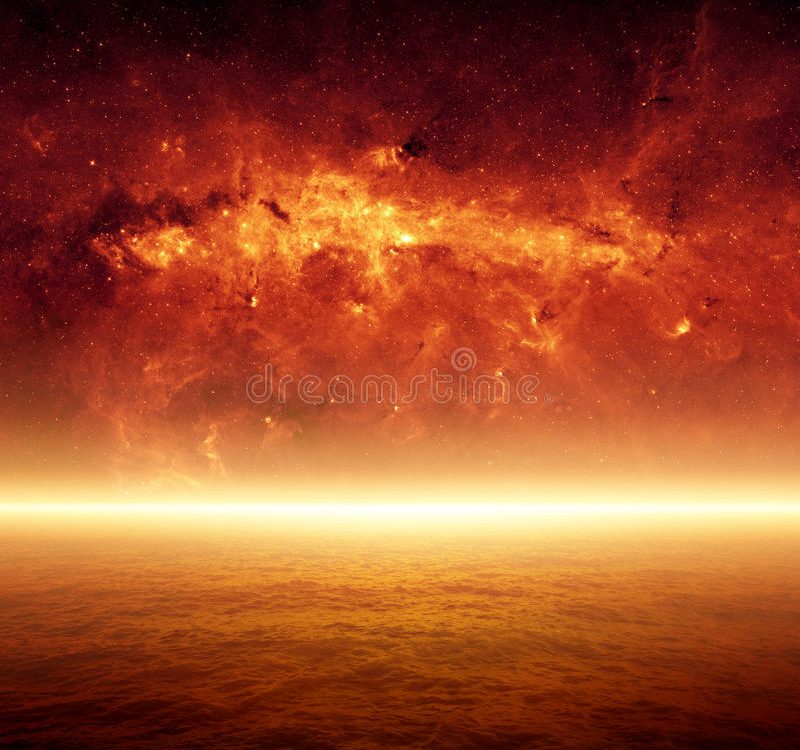