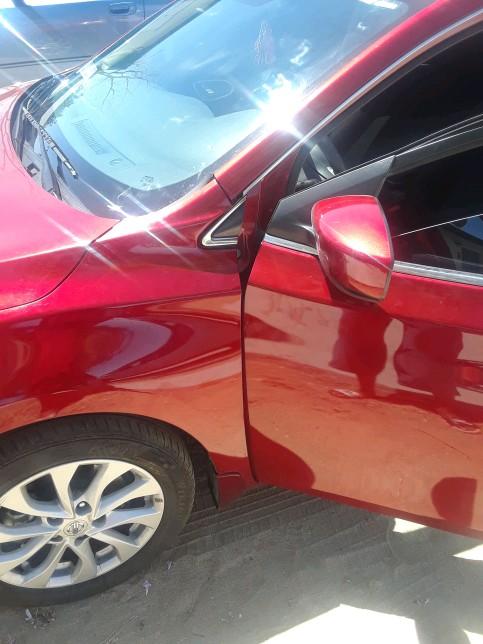 It was the thud to end all thuds.

The kind that makes your heart sink and your breath stop. The kind that fills you with the sudden dread of a single thought: “What have I done?”

What I had done was cavalierly smash into the open driver’s-side door of a shiny new Nissan Sentra parked in front of Sam’s Liquor Store. What I hadn’t done was notice it beforehand. The result: a car door now stuck in the open position and a driver trembling with rage because, instead of a leisurely drive home, he would be riding there in the cab of a tow truck with his car dragging not far behind.

What I didn’t tell him was that I had just purchased my 2009 Mazda 6 the day before and that it wasn’t yet insured. In fact, I refrained from explaining, I had finished submitting the online application minutes before leaving for Sam’s and had received an email cheerfully informing me that the policy would take effect the following morning.

“Uh, do you suppose we could handle this just between ourselves?” I asked, rather timidly I now realize. And that’s how I ended up handing a complete stranger $1,500 US dollars in cash, the equivalent of more than 77,000 pesos.

That night my 35-year-old daughter in Portland, Oregon – an experienced world traveler herself – told me like it was. “Wow, Dad, Americans worry about all the bad things that can happen to them in Third World countries, but for you it’s just the opposite; bad things happen when you come back to visit the United States.”

And here’s the reason. A few weeks ago, I wrote a completely tongue-in-cheek column called Badass! recounting my efforts to adapt to the obvious chaos of Philippine highways. My proposed solution: be a “Filipino badass” – i.e. fearless, aggressive and unconcerned – like the many successful drivers I’d observed across the water. The reality, I now realized with a start, was that the effort hadn’t been tongue-in-cheek at all; instead of just joking about badasses, I’d actually become one myself. The problem: what may work in the Philippines is not necessarily appropriate for the US of A.

That point was driven home to me early the next morning with an angry ring of my cell phone. “Hey man,” my erstwhile victim began, “I talked to a body shop and they said it would cost $2,500; I’m gonna need a thousand dollars more.”

This was starting to feel like a shakedown. It’s called extortion.

I’ll spare you the details of everything that followed. Suffice it to say that our discussion was marked by passionate expletives on both sides, several mentions of possible legal action and, well, a firm promise on my part that no more cash would be forthcoming.

In the end, I was able to find him another auto body that promised to do the job for the prescribed $1,500, thus averting a potential legal and financial disaster. But there’s a lesson in all this, and here it is: when you’re in America, always be sure to keep your insurance current, observe traffic laws, drive slowly and carefully and, for God’s sake, watch the hell where you’re going.

Boy, I can hardly wait to get back to the Philippines. 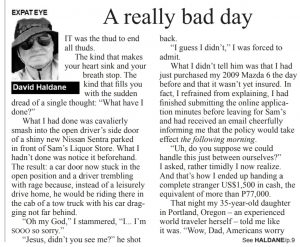 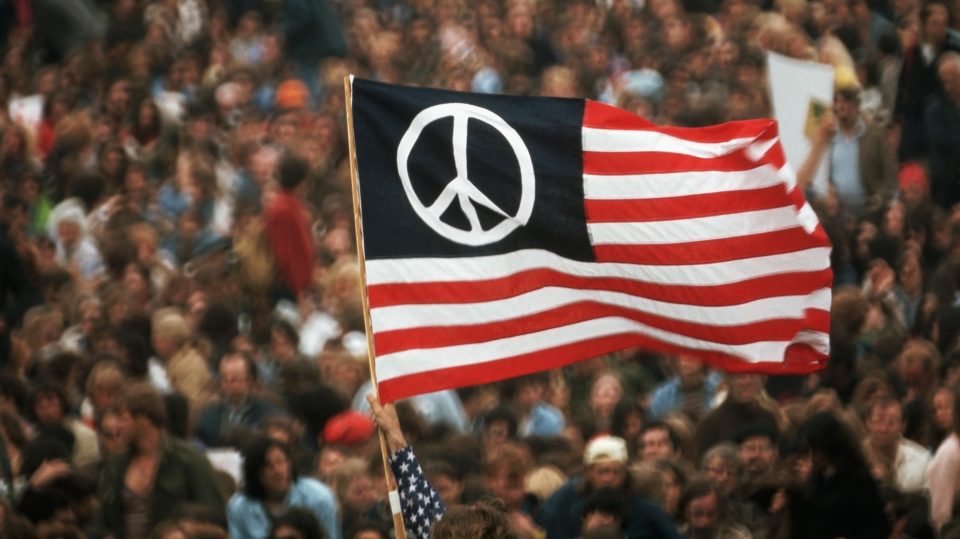 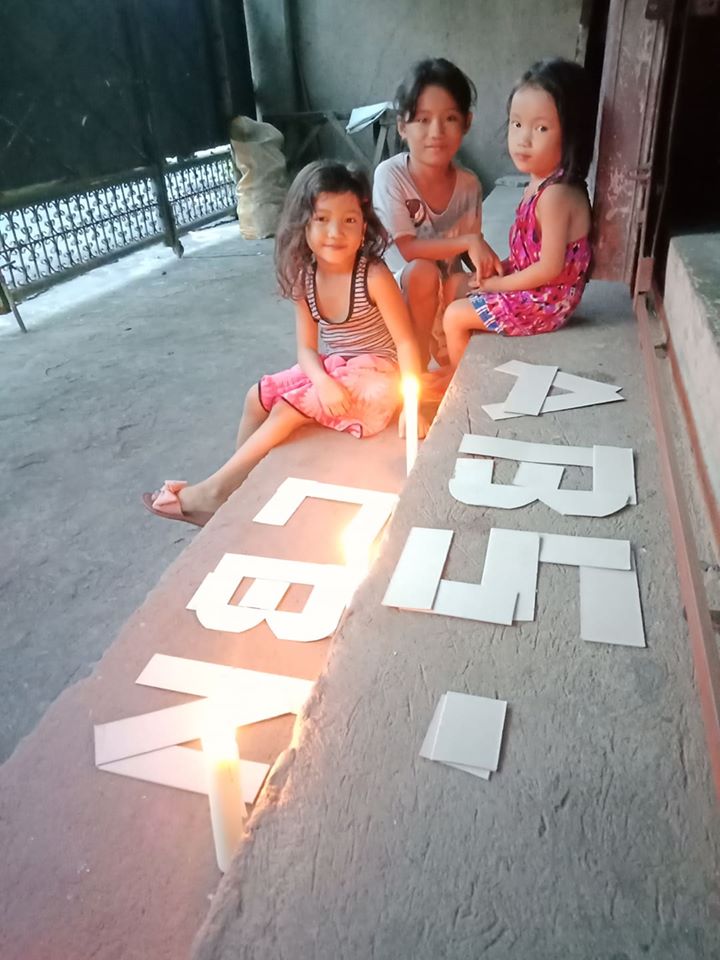